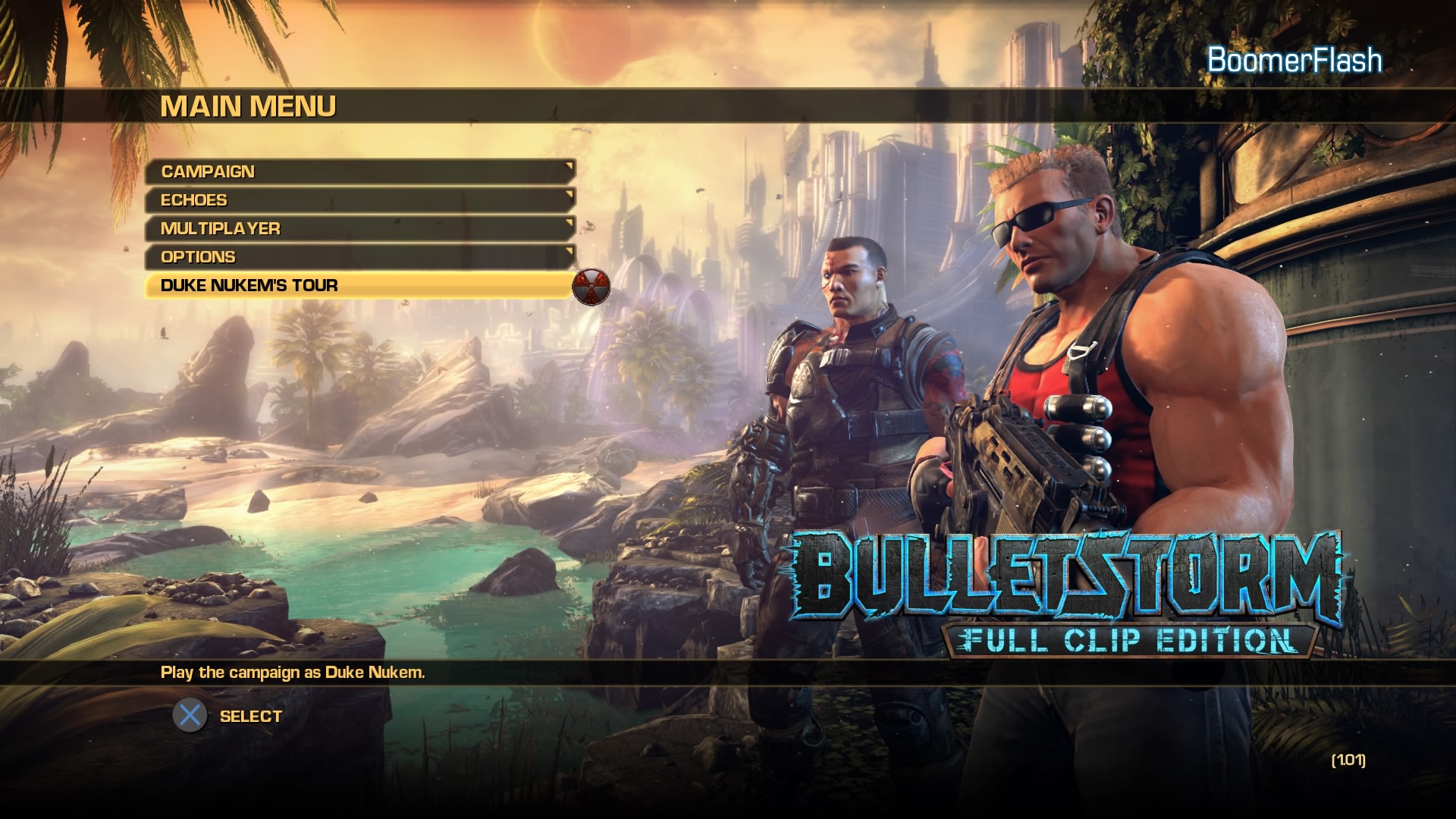 Yes, you can play as Duke Nukem in Bulletstorm: Full Clip Edition — we’re going to try and explain exactly how the experience changes the game.

Short answer? Not very much at all. The Duke Nukem scenario plays out like a “what-if” version of the original Bulletstorm. Our hero, Grayson Hunt, has been swapped with Duke Nukem. No, there’s no explanation for why this happened.

It’s all about the one-liners. And Duke’s classic repertoire has been updated slightly for the times. No, this Duke isn’t quite as un-woke as his earlier incarnations. That might sound heretical, but the warning when starting up the Duke Nukem experience from the main menu makes things clear — the profanity filter won’t silence Duke’s salty language.

Duke Nukem’s Tour – Everything It Does (Or Doesn’t) Change

“Duke Nukem’s Tour” — the name of the add-on you’ll need to unlock to play as Duke — can be toggled on / off at the main menu.

Before we dive any deeper, check out our gameplay gallery to see the pretty surreal visual of a not-quite-right Duke Nukem model trying to follow the same Bulletstorm story beats.

All the quotes in subtitles come straight from the Duke, and he gets in plenty of his classic zingers.

Spoiler Warning: The following gallery contains scene that cover the entire story. Yeah, it’s an old game, but if you haven’t been spoiled yet already, here’s your warning.

So, what exactly happens when Duke Nukem takes on the protagonist role? Let’s break it down into bullet points.

All-in-all, Duke Nukem’s Tour is implemented in a pretty basic way. His model animates as if he’s speaking Grayson’s lines during cutscenes, and Duke follows the original script closely. Even his iconic gloves get covered-up by the leash device early in the story.

But, if you’re looking to hear Duke spout stuff about “kicking ass and chewing bubblegum,” “shitting down alien necks,” or “killing alien bastards for shooting up my ride” — Duke spit-shines all those early witticisms.