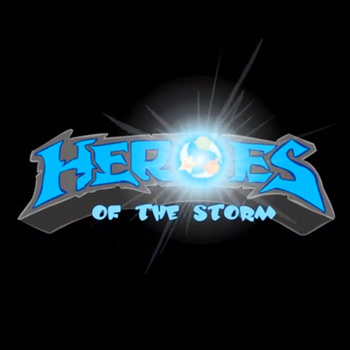 Last week, Blizzard changed the name of its upcoming MOBA, formerly titled Blizzard All-Stars, to Heroes of the Storm. The announcement was made in an adorable little teaser, which poked fun at the fact that Blizzard has already had to change the title once before.

However, while most of us were giggling at Blizzard’s antics, Mike Pohjola was not. Mike is a game designer from Finland who recently released a table-top RPG called Heroes of the Storm – Sword of the Great King.

“I was surprised to find that Blizzard made a grab for the name, considering we’ve been using it for a year, and already have an existing published role-playing game,” he told me in an email. “From my perspective this is a ‘Goliath attacks David’ story.”

Trademark law can be incredibly complicated, but thankfully, most of us will never have to experience a David Vs. Goliath scenario in which Goliath is actually a team of highly paid lawyers. However, Mike Pohjola is one of the unlucky few.

“[Legal action] is a possibility, since obviously we can’t both use the same name,” he said. “Of course, the best case would be if Blizzard simply chose yet another working title for their game.”

In lieu of Blizzard voluntarily relinquishing control of the Heroes of the Storm trademark, things could start to get a little messy for Pohjola. According to the United States Patent and Trademark Office, Blizzard has already snagged the rights to Heroes of the Storm in the U.S. And the Office for Harmonization in the Internal Market indicates that Blizzard owns the title in most of Europe as well. Pohjola, however, controls the Finnish trademark, and has a preexisting claim on the title, but protecting that claim could get very expensive.

The whole dispute is a little ironic, actually. The reason that Blizzard had to change the game’s title in the first place was due to a lost battle with Valve over the Blizzard DOTA trademark. You’d think Blizzard would be a little more sensitive to stepping on other peoples’ toes, when Valve just got done stepping on theirs.