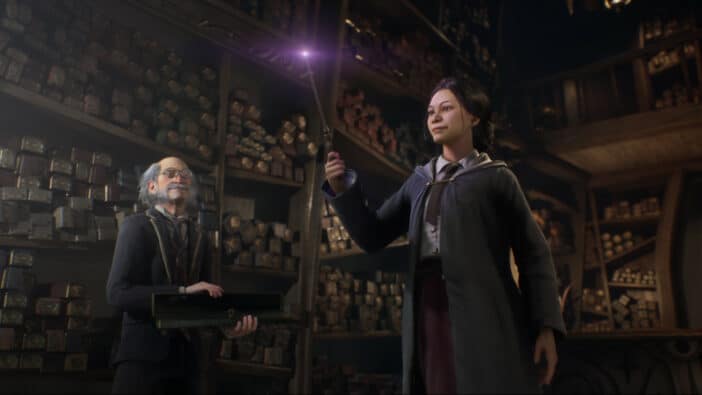 Warner Bros. Interactive Entertainment and Avalanche Software have announced another delay for Hogwarts Legacy, shifting its final release date to February 10, 2023 on PlayStation 4, PlayStation 5, Xbox One, Xbox Series X | S, and PC. Hogwarts Legacy does not have a release date on Nintendo Switch yet, but it will be “revealed soon.” The cause for the delay is simply that the developers need a little more time to get it done right.

Amid so many other major releases seeing delays to 2023 lately, many were frankly expecting this to happen to Hogwarts Legacy as well. It’s no surprise to hear that the Switch version will release after the other versions either, considering the many technical concessions that will have to be made to get it running on the weaker hardware. The silver lining is that Hogwarts Legacy finally has a set release date though.

Hogwarts Legacy will launch on February 10, 2023 for PlayStation, Xbox, and PC. The Nintendo Switch launch date will be revealed soon. The team is excited for you to play, but we need a little more time to deliver the best possible game experience. pic.twitter.com/zh0EsOvDb7

Back in May, Sony showcased how Hogwarts Legacy will enjoy enhanced immersion on PS5 by utilizing the DualSense controller’s adaptive triggers and haptic feedback. And prior to that in March, the game received a full gameplay reveal at a dedicated Sony State of Play showcase, detailing all sorts of enticing open-world mechanics that will hopefully make you forget about J.K. Rowling for a bit. Notably, the game will have no microtransactions.

If you’ve waited this long for Hogwarts Legacy, one more delay is no big deal, and February isn’t too far away.

A message from Avalanche Software. pic.twitter.com/7MnIJ2p9wO