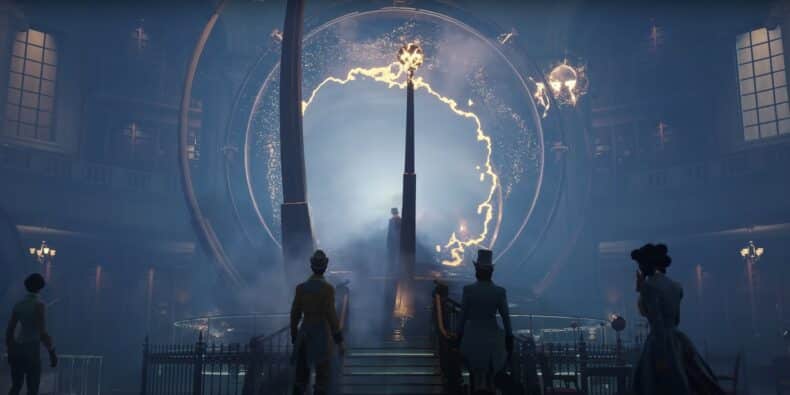 Another video game has joined the bevy to be delayed into 2023, as Inflexion Games has today announced that Nightingale will miss its original launch window. Previously, the gaslamp fantasy survival game had been scheduled to begin its early access period on Steam and Epic Games in Q4 2022, but now Nightingale sees a release date delay to an even more vague target of the first half of next year.

The news came via a post shared across the game’s social channels, where Inflexion shared two reasons for the Nightingale early access delay. One of them was the usual reason of wanting additional time to add, improve, and polish content before players get their hands on it. The other reason is that the team has made the decision to shift the project to Unreal Engine 5. The post seems to indicate that shift was originally planned as an early access-period update.

Nightingale is an ambitious first title from Inflexion Games, which counts former BioWare general manager Aaryn Flynn among its key personnel. The game itself was first announced at The Game Awards last year as a shared-world adventure, where players can explore an array of worlds. You will take the role of a person stranded when the portal network between realms collapses, which prompts a quest to find your way back to humanity’s sanctuary. 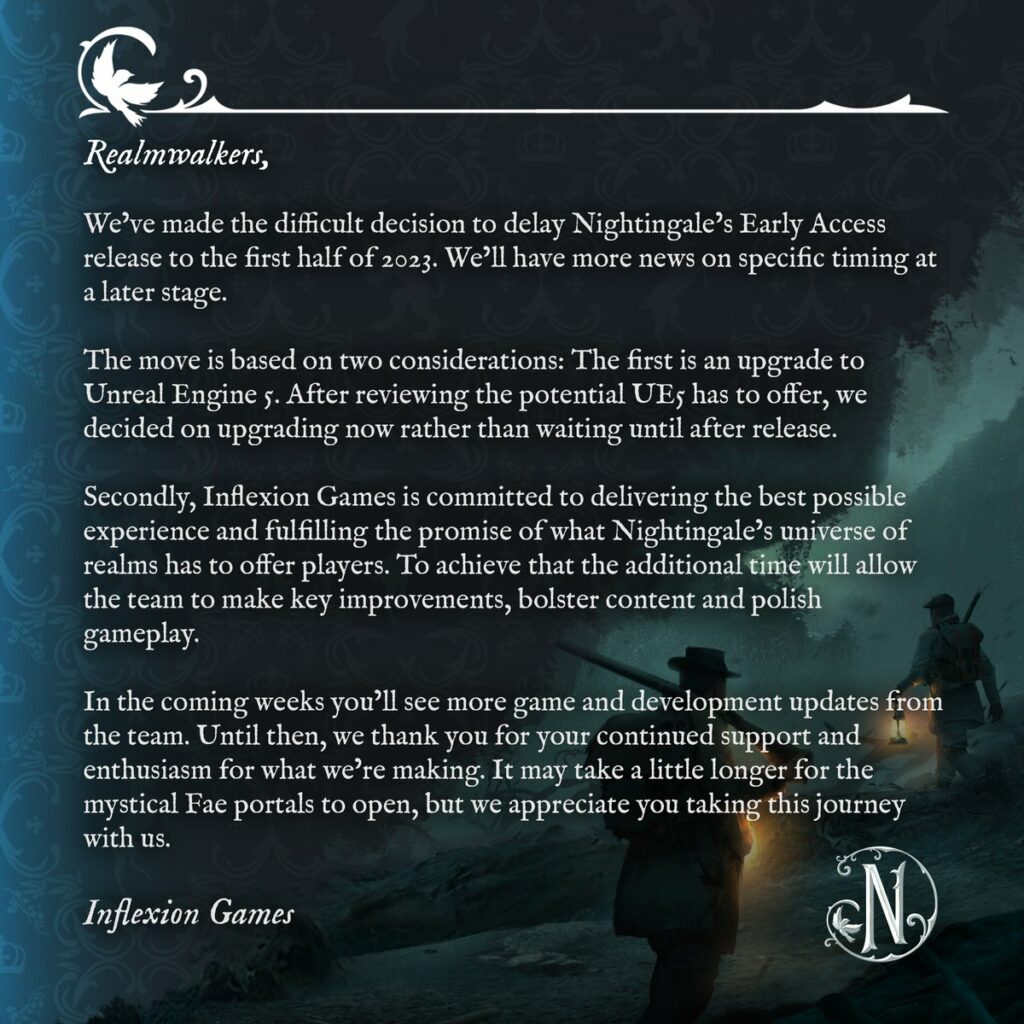