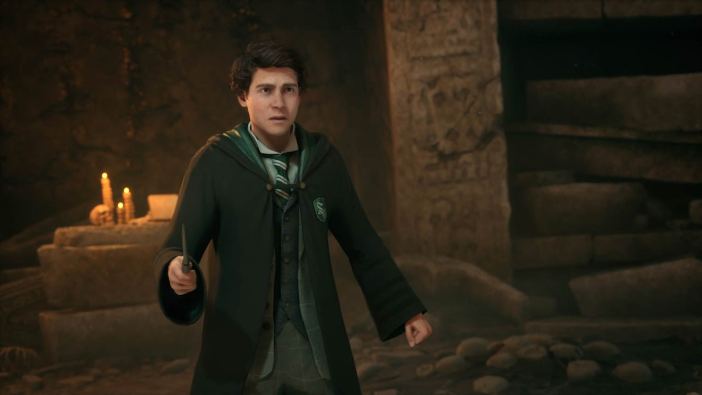 Hogwarts Legacy game director Alan Tew has commented on the controversy surrounding the game and Harry Potter author and primary rights holder JK Rowling. His words arrived as part of an interview with IGN, where the site questioned him about how Rowling’s transphobic comments and the resulting controversy have impacted the team and Hogwarts Legacy. Tew didn’t go as far as to mention the franchise’s creator by name but attempted to posture the video game spinoff as a welcoming environment.

I think for us there are challenges in every game we’ve worked on. This game has been no different. When we bumped into those challenges, we went back and refocused on the stuff that we really care about. We know our fans fell in love with the Wizarding World, and we believe they fell in love with it for the right reasons. We know that’s a diverse audience. For us, it’s making sure that the audience, who always dreamed of having this game, had the opportunity to feel welcomed back. That they have a home here and that it’s a good place to tell their story.

This response from the Hogwarts Legacy director also notably dodges the topic of trans issues. It’s a blanket reply that Tew reiterated when IGN asked if he personally ever had any hesitations when it came to working in the Harry Potter universe. While the game director’s words seem to represent an attempt to comfort audiences, it doesn’t change the fact that Hogwarts Legacy’s legacy is already far too tainted by Rowling’s words to ignore.

For those out of the Wizarding World’s controversial loop, Rowling has spent the last few years speaking out against trans rights. As she has continued to double down on social media, prominent talent from the Harry Potter universe – such as film stars Daniel Radcliffe, Emma Watson, and Rupert Grint – have spoken out against the author. The controversy swirling around Rowling’s words eventually spread into the release of Hogwarts Legacy, with thousands of fans calling for others to boycott the game in protest.

Hogwarts Legacy comes to PC, PlayStation 5, and Xbox Series X | S on February 10. PlayStation 4 and Xbox One versions will follow on April 4, and the Nintendo Switch version will release on July 25.