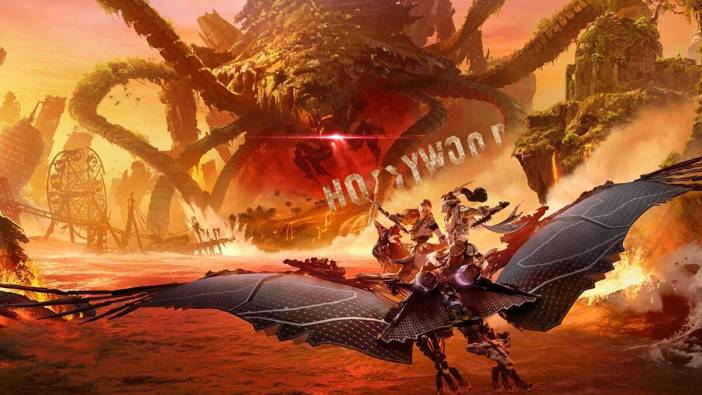 Horizon Forbidden West is officially getting a major DLC expansion called Burning Shores, which will only be available on PlayStation 5 when it launches on April 19, 2023. Announced during The Game Awards 2022, the new adventure will take place following the end of the main game. Aloy will travel to the ruins of Los Angeles. In this future, the city has become an archipelago, and the Burning Shores trailer shows Aloy exploring it upon the back of a winged machine. The trailer ends with what appears to be the major threat of the new storyline: a massive, tentacled machine that destroys the Hollywood sign.

There are few other details available at present for Horizon Forbidden West: Burning Shores, though developer Guerrilla Games is promising new characters and all new adventures for this DLC.

The expansion had been rumored for a while now, so it’s good to finally have confirmation. Meanwhile, the decision to reserve the DLC for the current-gen version of the game is curious, but it follows on from CD Projekt Red doing similarly for the DLC for Cyberpunk 2077, Phantom Liberty, and may signal a wider shift for PlayStation Studios to finally end its support for PlayStation 4.

Earlier in the night, Sony also provided a new glimpse of the PlayStation VR2 spinoff, Horizon Call of the Mountain. That game is set for launch on February 22, 2023.