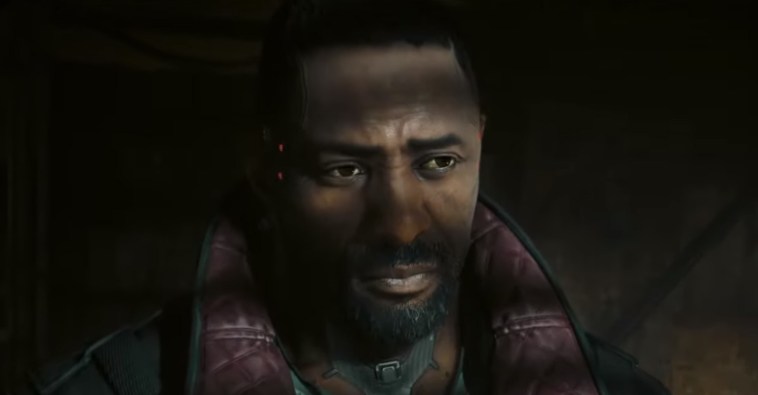 Almost exactly two years on from the game’s original launch, CD Projekt Red has provided the second teaser trailer for Cyberpunk 2077: Phantom Liberty. Debuting at The Game Awards 2022, the trailer provides little in the way of concrete details, but it does introduce Idris Elba as a new character in Cyberpunk 2077: Phantom Liberty, to balance out the star power of Keanu Reeves a bit.

Elba will be playing Solomon Reed, an FIA agent for the NUSA, who V teams up with for a new mission. CD Projekt Red is calling Cyberpunk 2077: Phantom Liberty a “spy-thriller” adventure, and the trailer shows off a bit of both sneaking and high-octane action in-between those slick shots of Idris Elba.

The expansion is also set in an entirely new district of Night City called Dogtown. It comes as the final part of the developer’s lengthy support for the game, which has already been dedicated to fixing the launch issues and offering multiple pieces of free DLC.

As previously announced, Phantom Liberty will not be available to owners of PlayStation 4 or Xbox One versions of Cyberpunk 2077 when it launches in 2023. CD Projekt Red is also planning a full-fledged sequel to Cyberpunk 2077, in addition to a fourth game in The Witcher series and a remake of the first game in that series.