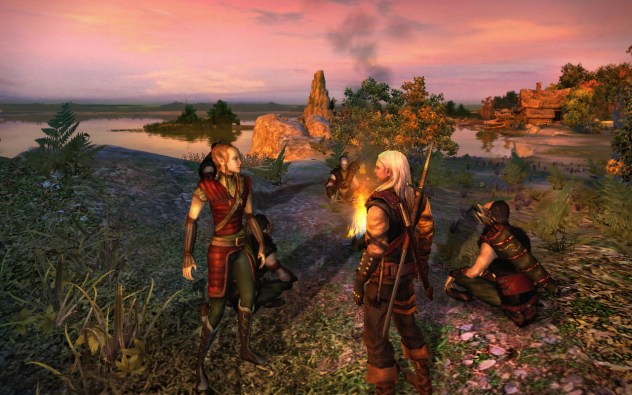 Fans of The Witcher series have reason to celebrate. The Witcher 3: Wild Hunt is getting a free next-gen update next month. Also, a full-on remake of the first Witcher game is being built using Unreal Engine 5. However, gamers have been questioning whether or not The Witcher will be fully open-world like The Witcher 3. The original game contained a good amount of sidequests but did not contain an open-world structure. Thankfully, CD Projekt Red has confirmed (via IGN) the Witcher remake will be more in line with the most recent entry, with a full open world.

CD Projekt Red’s Q3 2022 earnings presentation contained some information on its upcoming projects. It clearly states the remake is a “story-driven, single player open-world RPG – a modern reimagining of 2007’s The Witcher.” It’s a small detail, but a crucial one. The original Witcher saw Geralt of Rivia visiting and exploring places like Kaer Morhen and Vizima, which will apparently be expanded upon significantly for this open-world remake adventure.

With such a revision for the game, I can imagine it will take quite some time for it to be made, let alone for the public to hear any updates on the title in the near future. And if The Witcher 2: Assassins of Kings ever gets the remake treatment, we will probably hear about it in 10 years. If we are lucky.

In the meantime, even more games are on the way from CD Projekt Red, such as a brand new Witcher game and Cyberpunk 2077 DLC.