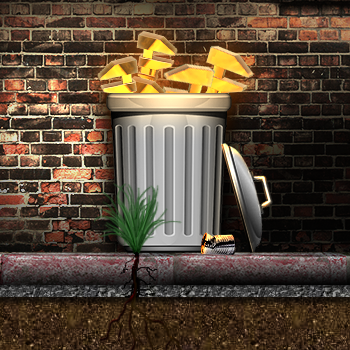 In a story that reads like a riddle, a Team Fortress 2 player discovered that his rare item was worth more if he threw it away.

While destroying rare and prized objects is usually frowned upon, all the rules change when it’s for a good cause. Torching the Mona Lisa to raise money for the new church roof probably won’t make you many friends, but ditching a rare Team Fortress 2 item to help sick children? That’s the sort of thing that people can get behind. In Issue 286 of The Escapist, Murray Chu tells the story of Jonathan “WingspanTT” Tran, who sacrificed a wrench and made thousands of dollars for charity in the process.

“I decided to delete the wrench pretty early,” explains Tran. “It was a few days after [another Golden Wrench owner,] Grantz had his deleted by a hacker. That’s when people realized it makes a global message when you [delete the Wrench] … I was following that story and there was so much drama. I started thinking if I did it, I could make a big ado about it.”

The Golden Charity event had many incentives for donors. The first thousand people to donate $10 or more would be featured on the Golden Charity site. A special Steam Community group was made just for donors to join so that they could display their generosity. Additionally, the top twenty donors would be invited into a server with the charitable Golden Wrench owners and would get front row, splatter-zone seats to watch the Wrenches get used one last time before they were destroyed.

With the help of those thirteen other players, Tran was able to play the modern day alchemist, turning pixels into a big pile of cold, hard cash. You can read more about it in Chu’s article, “All That’s Shiny Is Gold.”