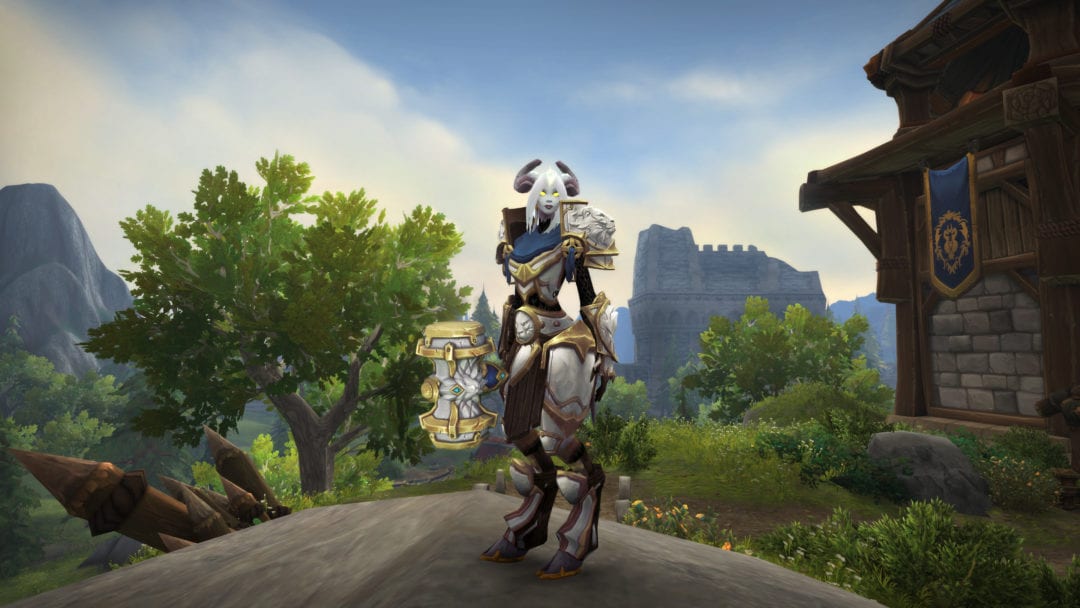 The most anxiety I’ve ever had at the basic idea of being a dad came three days after my first son was born.

I always assumed that the moment of birth would be the nexus of any crisis I might have, but there was just too much going on. It had been too long a day of anxious travel to the hospital and then hours of mostly just standing there zealously trying to think of useful things to do or say. By the time our baby actually arrived, a lot of my emotional reserves had been expended.

I always hear people say the day their kids were born was the happiest day of their life, and in some ways that’s 100% true and in others it’s a pretty obvious lie for the sake of nicety. Parents can certainly do some nice calculus about which day has added the most worth to the sum total of their lives, but in terms of, “Whoa boy wasn’t that a fun time. Let’s do it all again exactly the same way!” the day my kids were born doesn’t really fit that description.

The scariest moment of being a dad happened a few days later, when the nurses wheeled my wife and son out to the car, dusted their hands with the satisfaction of another job well done, and went back inside the hospital. “Wait,” I thought. “Where are you going?”

There we stood next to our car, having apparently been given permission to take this tiny life wherever we wanted in the world. These people were just going to let us drive off with a child! That’s when the penny dropped. This tiny life was entirely in my hands.

In the months leading up to being a new dad, I was a relatively fresh-faced college graduate trying to start a career as a freelance writer, or really any kind of writer at all. I embraced a 20-something lifestyle that seems almost recklessly unstructured in hindsight. I held down a retail management job that paid the bills, slept in until 10 a.m. as a matter of practice, and frequently stayed up into the long hours of the night playing EverQuest.

I don’t really pine for those days. It often seems like the only people who think being in your 20s is easy are older folks who appear to have made a hobby out of criticising young people. I don’t want to be that guy.

I will say that being 20-something felt less complicated. I am amazed that there was a time in our life when my wife and I could just wake up one morning and decide to take a day’s drive to someplace we’d never been and be in the car 20 minutes later. We might’ve done that more often if we had had any damn money, but we were in our 20s.

During my wife’s pregnancy, I began to get an inkling of the ways my life would change as a dad, most often during the endless tasks needed to prepare our modest townhouse for The Baby(™). We did what many new parents do at this stage, and dramatically over-prepared as though we were getting ready to host a busload of gymnastic toddlers instead of bringing home an essentially immobile infant. I can recall doing things like installing drawer locks for a child that wasn’t even going to be born for another four months and wouldn’t be able to voluntarily ambulate until sometime the following summer.

I would find out soon enough that for several months babies are essentially stuck wherever you put them. As long as that place isn’t high above ground, under an unsteady crystal chandelier, or literally a false floor above a spike pit, you’re probably good. Babies are basically like visiting grandparents: they find a place, stay there, and yell at you to bring them stuff. 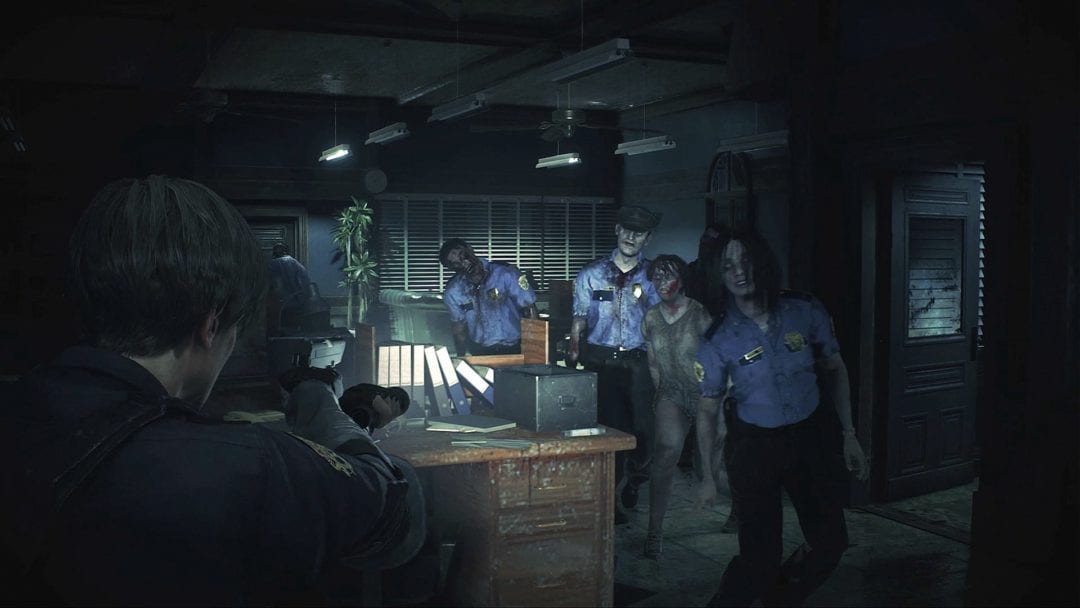 It’s hard to explain what happens to time when you have a new baby. It just changes. You kind of stop looking at it through the lens you’ve gotten used to for your whole life, and all of the sudden it’s this entirely new thing. A lot of people talk about how little time there is, and that’s largely true. But the thing that threw me off the most was the unpredictability. You just can’t make any reasonable predictions about what the next moment will be like.

I think this was the time that I lost my patience for games that squandered my time or didn’t provide some way to tell the game, “Hey, something’s come up. I’ll be right back.” Your cutscene is nice and everything Final Fantasy, but my baby has decided to start throwing up on me so can I have a minute?

A lot of my friends were playing the remake of Resident Evil 2 this past week, and it got me thinking about how much I loved those games when they first came out in comparison to how much I don’t now. I think that happened when I had kids.

Like many games, the original Resident Evil games on PlayStation 1 crank up tension through the entirely legitimate mechanic of limiting your ability to preserve your progress. It makes death in the game mean something. It makes you think twice about how reckless you are willing to be in progressing the story, and makes enemies meaningful. I hate it.

Don’t get me wrong, I’m not saying the game is bad. It just stopped being for me once my kids had a year or two to reprogram the way I thought about time and what I needed from my games. Now that I have to actively work to get my kids to engage with me, my ability to play a game like this is unfettered again, but I still can’t look at it through the lens I once did. 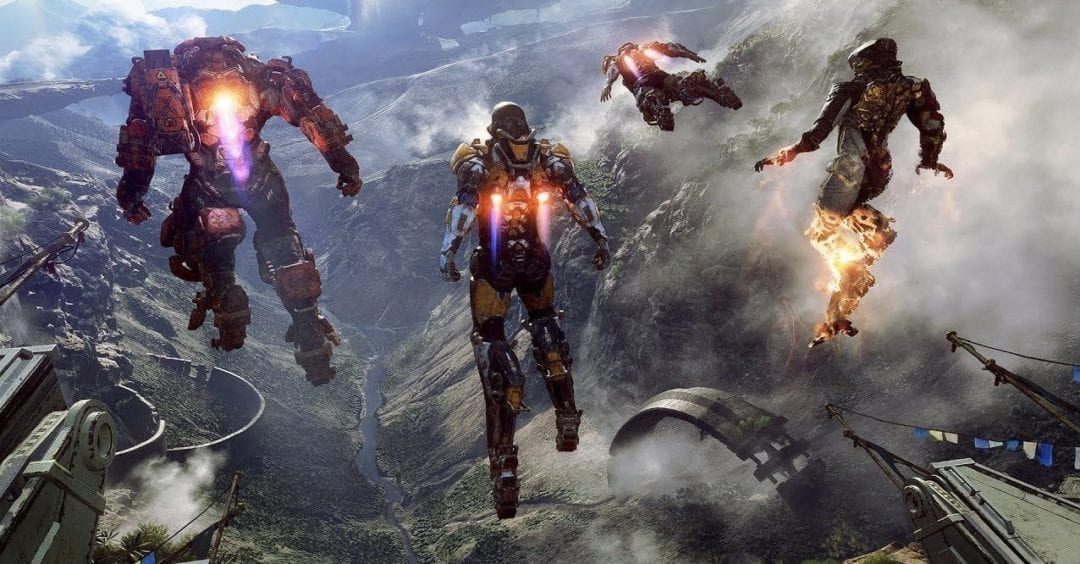 I think that first year or two with my new son was a major influence into the way my gaming tastes have changed over the years. A lot of people mistakenly characterize this as a maturing of game tastes, which carries a connotation that some games are for people who haven’t grown up yet. Which is crap.

As someone who has always loved video games, I was inevitably going to find a way to make them part of my life. It was really just a matter of the kinds of games that best supported my ways of dealing with the context I was in. I think having kids played a large part in my becoming a passionate strategy gamer.

I’d always loved games like Civilization and Master of Orion II: Battle at Antares, and I found those kinds of games were a lot easier to play in little bites between cleaning various gross things, unexpected vomiting, random pointless crying, and sudden feedings. I was also dealing with whatever the baby was doing.

This period of my life happened to also sync up with the early days of online multiplayer gaming, which is probably why I just don’t tend to be particularly excited by primarily multiplayer games. I still loved games like EverQuest and later World of Warcraft, but it felt unfair to suddenly tell a group I had to bail to deal with baby stuff. They became single player games that happened to be populated by other people.

That colors how I still look at games today. Anthem looks great, and I’ll probably play it, but trying the demo this past weekend I kept bristling against its constant calls for me to play public games. There’s no reason for me to feel that way now. It’s not like my teenage son is going to suddenly come crying in the room that he’s hungry and made a mess.

Regardless, I can get away with playing a game like Destiny or Anthem in the way it’s intended, but it’s hard to overcome a decade of programming from two kids spaced five years apart. On the other hand, now that I can occasionally get my kids to play multiplayer games with me, it’s not hard to picture being reprogrammed yet again.

In fact, I think one of the best things about video games is that there are so many ways you can weave them into your world and learn to enjoy something new. It’s not something that a lot of hobbies necessarily support. I’m kind of excited to find out how my game tastes evolve next.