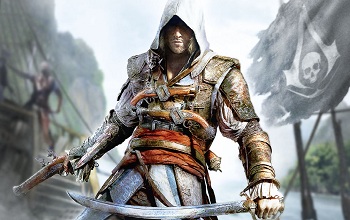 I’ve been skeptical of companion apps pretty much since I heard of the idea. Whether you’re lending cover fire via a linked iPad, or, for whatever reason, feeding your dog in the Grand Theft Auto V app, I hadn’t seen much to convince me of the potential value. That was until I saw what Assassin’s Creed IV: Black Flag did with its companion app. Sitting at lunch practically every day, my wife was doing ship battles and trade routes in Kenway’s Fleet. When we got home, she was spending the money she earned at lunch to upgrade her ship, so she could capture more powerful ships for her fleet. The next day at lunch, she was back at it, but taking more dangerous routes with her new and improved fleet. There was this feedback cycle, where actions in game affected your behavior outside the game, which in turn affected your experience in game. It was a bit of brilliance.

Ubisoft’s Andrée-Anne Boisvert and Marie Eve Vignola spoke of several pillars around which to design an app, based on their experience with Black Flag. “Mobile Benefits,” for one, which they described basically as above. A sort of console to mobile cycle, where each platform drives interest in the other. “It’s not competition, it’s complementary.”

The second pillar, “Choose the Right Features,” seems intuitive enough, but some will always struggle with the fact that you can’t include everything. “Choose” is an important keyword there. You can’t just cram everything into a companion app, because then it becomes unwieldy an inaccessible. You need to cast your net as wide as possible, so your app must be easy to use, and offering too many different functionalities is counter to this idea.

“Make it Worthwhile,” is once again seemingly intuitive, but when you look at the GTA V app, it’s clearly not at the forefront of everybody’s mind. If you want your players to use your app, and continue using your app, you have to incentivize it in some way. Of course, you must also be careful not to damage the integrity of your core game by offering too many benefits too quickly. You want to enhance the fun with perks, not give away the farm with cheats.

The next pillar was only obvious to me in hindsight: “Be Included” in the development process. I have always imagined these apps being built on top of the games, not alongside them. It makes much more sense to plan from the outset to have this app’s features in tandem with the in-game features. Of course, you can’t demand that everybody use your app, so you don’t want to exclude important features from the game just because they’re accessible via the app, but complementary tool sets will go a long way towards driving players to use your companion app. The interactive map in Black Flag‘s app, for example, was the most widely used feature. It basically allowed a sort of cooperative play, by having the second person on the app navigating while the primary player controls the action in game.

Finally, they offered “Quality Product to a Wide Audience.” You want your app to function as intended. You want it to be as easily searched, found, downloaded, and installed as possible. Any friction along the way is going to lose users, so you need the highest quality from title to credits.

If E3 last year taught me anything, it’s that there’s a big drive towards companion apps for AAA titles. I just hope that we see more features in the spirit of Black Flag‘s Kenway’s Fleet, as something that is, by itself, at least entertaining, all while offering value to the in-game experience that you’re looking to supplement.