Correction: Last week I said that YouTube didn’t respond to the #WTFU protest. But it turns out I was wrong! Sort of. A little. A member of the YouTube policy team posted a couple of paragraphs worth of acknowledgement in the forums. It wasn’t publicized, it was only from one person, and it made no promises whatsoever. It said that our feedback is “having an impact”, without saying what that impact was, who it involved, or what it changed inside of YouTube. It’s the equivalent of nodding your head without looking away from the television while someone is yelling at you.

So now we know that at least one person at YouTube has been made aware of the protest and thought it was a big enough deal to warrant a semi-official and cautiously diplomatic response, quietly released where it can hopefully placate the upset without alarming the oblivious. It’s not the response we were hoping for, but it’s something. 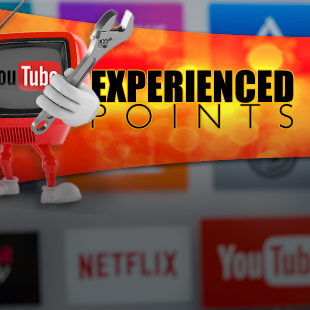 I think YouTube might be underestimating the danger here. YouTube makes its money from advertising, and most of their viewership isn’t from movies owned by gigantic media companies, it’s from hundreds of thousands of small-fry content creators with less than 100,000 subscribers. Big names like TotalBiscuit and PewDiePie are an anomaly. The bulk of traffic isn’t watching five big shows, they’re watching five thousand tiny ones. And those tiny shows are the ones most harassed by Content ID.

What YouTube should be worried about is the day when those small-time producers decide that the YouTube advertising scene is simply too frustrating, unpredictable, and dangerous to deal with. What happens when they turn off ads and turn to crowdfunding?

This happened to a show I’m involved with. I’m a regular cast member on the videogame commentary show Spoiler Warning. Despite the fact that our show is 100% videogame footage and creative commons music, we still got hounded by Content ID on a regular basis. So when we wanted to pull in money to cover expenses, we didn’t even consider YouTube ads. We went straight for Patreon. YouTube could be profiting from our videos and giving us a cut, but instead we’ve opted out of advertising completely, which means our videos make them nothing.

So maybe YouTube doesn’t need to care if we throw a hashtag-based tantrum on social media, but they should really worry about the day when the majority of content producers ditch YouTube ads and just use YouTube for free video hosting.

In any case, lack of fair use is just a symptom of the larger problem that Content ID is an unfair, confusing, stressful mess that is driving people into the arms of crowdfunding. Here is how youtube could fix it:

Right now, if Rando Media company claims they own my video, they immediately begin getting 100% of the advertising revenue from it. If it takes us two weeks to settle it (and they have no incentive to resolve it quickly) then they get all of the revenue for those two weeks. And since most videos drop off in popularity quickly, it means they get nearly all of it.

The solution is simple, obvious, and people have been begging YouTube to enact it for years. All they need to do is take the disputed revenue and set it aside, to be awarded to whoever wins the dispute. This will fix the most appalling problem with the system, which is that right now YouTube is paying people to abuse it.

Many media companies hire outside firms to act as their IP guard dogs. So when I get a message saying that I’ve infringed on content from “Rando Media LTD”, I don’t have a clear indication of who they are, who they represent, or what they claim they own. Maybe Rando is a legitimate firm representing Disney, and I should take them seriously. Or maybe Rando is two teenagers sharing an apartment in Shanghai. If it’s Disney and my video features (say) a Marvel game, then I need to defend on the grounds of fair use. If it’s just a couple of trolls, then I need to respond that their claim is fraudulent.

Protecting Mozart for all of humanity to be able to play and share for free is far more important than protecting a single performance of the work.

Not only do you not have any way of knowing who is accusing you, often you can’t even tell what you’re accused of “stealing”. It gives you a timestamp, but it doesn’t give you any information about the source. Hm. They claim I’m infringing at 6:30. Are they talking about the footage I’m using under fair use, or the music I’m using with explicit permission from the author? Again, how can I defend myself if the charges aren’t clear?

On top of all of this, YouTube gives dire warnings about the consequences (like having your channel terminated) for responding incorrectly to these claims, thus increasing the odds that people will cower when they should fight back. Once again, instead of defending copyright YouTube is creating a haven for people who willfully abuse it.

Maybe you thought you could avoid this nightmare? You’ll just make videos of you talking into a camera, and you’ll use public domain works as bumper music. Nobody owns the copyright on Mozart, right?

Except, some people start fake media companies and submit public domain works like this because – once again – YouTube is willing to pay people who do it and unwilling to punish them when they’re caught. Heck, if Google would just round up obvious stuff like Bach and Mozart and make it impossible for people to claim to own the copyrights, it would help a lot. (An extra wrinkle here is that you can’t copyright Mozart but you can copyright a particular performance. That’s thorny and messy, but shouldn’t we default to leniency in these cases? Protecting Mozart for all of humanity to be able to play and share for free is far more important than protecting a single performance of the work.)

What YouTube is doing is far worse than neglect. They’ve built a system that rewards liars and thieves at the expense of people who create content.

Like I said last week, YouTube is obligated to take videos down when a copyright holder makes a claim, but YouTube is not obligated to find those videos and tell the companies about them. Right now IP owners can decide how much of a segment you can use, what percent of your total video it’s allowed to be, and how the system should respond when you do. Right now they usually just set everything to be maximally restrictive and walk away, because that makes for lots of money (for them) for no hassle (also for them) and they don’t care what a scary hassle it is for you.

Given that fingerprinting and scanning probably creates a huge processing load on Google’s servers, it would be totally reasonable for YouTube to pass that cost onto the people who use it. YouTube could say to the company, “We have infringing case X, which we will process if you pay the finder’s fee. Even if they just charge one dollar per flagged video, that would give the media company some reason to not set Content ID to “maximum paranoia”. Companies would then have a motivation to set the Content ID to only match stuff they care about. Maybe some of them will dial back the Content ID sensitivity to only flag stuff they’re willing to fight over, which would basically restore fair use, eliminate fraudulent claims, and make YouTube a little money on the side.

What YouTube is doing is far worse than neglect. They’ve built a system that rewards liars and thieves at the expense of people who create content. A system that takes from the poor* and gives to corporations. It’s a system that defaults to assuming fair use doesn’t exist and forces everyone who makes content to constantly fight for rights that no sane person would question. Content ID is a machine that defaults to unreasonable behaviors and rewards people for being irresponsible.

*Assuming we can call a lower-income person in the western world with a computer and internet access “poor”. Which, yeah. That’s another debate entirely. Poor or not, we generally don’t like to see people in trailer parks swindled by people in urban office towers.

Imagine if Microsoft shipped Windows with all the security features turned off by default. Imagine if there was a financial reward for having your computer get taken over as part of a botnet. That wouldn’t just be annoying, but deeply irresponsible and dangerous to everyone. That’s the kind of “poisoning the well water” behavior that current Content ID policies create. It defaults to insane behavior and offers the biggest benefit to those who use it irresponsibly.

Even if YouTube is so apathetic that they don’t care about fair use, justice, or just basic human decency, they should at least step in before the system is co-opted by scammers and their revenue stream ends up diverted to crowdfunding.