I’ve realized that, over the years of reading certain types of game reviews and then playing games based on those recommendations, I’ve developed certain prejudices about what a game must do to reach a baseline level of quality, what it takes for a game to be considered good. As such, I tend to resort to a fairly standard list of criteria when I’m playing game. Is the plot good, are the graphics impressive, is the gameplay interesting and polished? It makes sense to judge games based on these criteria because most games worth the while tend to hit the nail on the head in at least a few of these categories, regardless of genre. On the other hand, it’s an arrogant assumption on my part, to assume that I, like an alchemist of old, have managed to boil down an art form into several crucial elements, whose harmony ultimately makes or breaks a game.

Thinking of games in such reductive terms is kind of depressing. At one point it made sense, back when games had few options in the directions they could go, and the genre hybrid was a pretty rare thing. It’s an easier way to look at games, to see them through some prescribed lenses that everyone has worn for a very long time. But it also gets boring and I have decided to cannonball straight to the bottom of the deep end, at least where my personal game playing standards are concerned.

I made this decision after thinking back on my experience with the latest Prince of Persia, six months ago. I thought the game itself was a boring, lifeless glowing ball (read coin) collect-a-thon. But I remember watching the Prince scramble up a crack and noticing that he climbed exactly like a real rock climber would on that crack. His hands were wedged in one over the other and the weight shifted accordingly. Clearly, they had done motion capture on a rock climber. It was a wonderfully realistic touch and I marveled at how much character it added. It was in many ways more impressive to me than any moment in this year’s supposed movement tour de force, Mirror’s Edge. I thought to myself that this is a crazy notion, that a character animation could be so affecting as to make the game worth its purchase price.

But why confine myself to a narrow set of expectations? Why can’t character animation be the defining element in a game? Don’t worry, I’m not saying the review of the future will be a recommendation based on the journalist’s strange obsessions. However, there is a great deal in games I’ve found myself passing over, or otherwise not mentioning to people, because it falls outside the usual evaluations used in games. 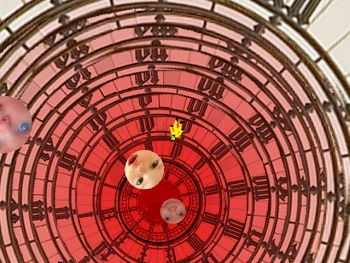 The other day, I played through Randy Balma: Municipal Abortionist. If I were to evaluate it based on some standard gaming criteria it would fail miserably. The graphics aren’t really anything to speak of, the controls purposefully obtuse, the plot nonexistent and the setting is indefinable. It’s difficult to describe exactly how the game plays except that stages inspire nausea, and control often involves navigating a rotating field of vision with a less than cooperative astronaut/truck/tower of London/squid made of infant faces. Despite having all the superficial trappings of a no star 0.0 game, I really enjoyed it and would recommend it to at least a few friends. It plays with gamer expectations, has a surreal but always fascinating aesthetic and an amazing title that made my brother laugh aloud when he heard it. Isn’t that enough?

Probably not, if I believe there’s an ideal gamer who vehemently expects some balance of the assumed elements that make up a great game. I’m not sure exactly what makes Randy Balma: Municipal Abortionist worth playing by my typical checklist of quality, but I do realize that stuffing it into those categories would be a contrived activity at best. It deserves a different set of standards.

I’m not suggesting I am narrow-minded when it comes to evaluating games. But I do think the way I consider games is unduly influenced by an earlier period, when games were more homogeneous. There was, overall, less variety; templates actually existed for how to make certain types of games. Which brings me back to my original point: Can something normally as ignored as motion capture become one basis upon which a game is recommended? I think the answer is yes.

This may be a process that’s occurring more organically than I’m giving it credit for. As new games come into the marketplace, standards and expectations are slowly changing among gamers. Already there have been major changes in expectations of difficulty and pacing. But to really make way for a game like Randy Balma: Municipal Abortionist it’s going to take a leap of faith on behalf of many gamers. It will take confidence that a game is still good in spite of the fact that it fails the litmus test of currently accepted standards. I’m not arguing that the pleasures of Randy Balma: Municipal Abortionist and rock climbing Princes are for a more refined audience. Quite the opposite. I’ve realized that my taste as a gamer has become so refined and specialized it has prevented me from accepting a game on terms that might be alien to me. Terms that, if they encourage the creation of more dancing squids comprised of babies, I’ll be glad to learn.

Tom Endo threw his standards out the window when he declared Bubsy 3D game of the year.