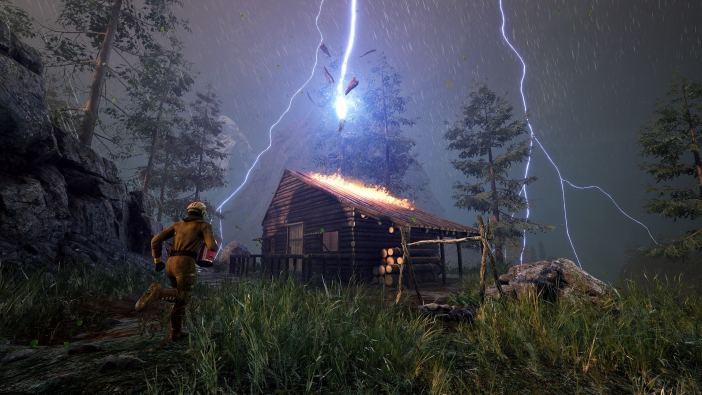 Our first lengthy glimpse of Icarus, the new game helmed by DayZ creator Dean “Rocket” Hall, has come today via a documentary-styled live-action/gameplay trailer. The short film features a handful of characters reminiscing about the rigors of prospecting on the exoplanet on which the game takes place. For what it is, the trailer is pretty compelling.

While there’s very little gameplay on display, the trailer delves into the lore of world, explaining how it was initially planned as a new Earth to be terraformed and colonized and that dream went up in smoke because of a previously unknown type of material that corrupted the process. This exotic matter forms a part of the overarching narrative of the game, as it is a precious resource that players will be focused on trying to collect.

We already knew that those efforts will be session-based, with missions lasting anywhere from hours to weeks. Speaking about that design, Hall said  that “Taking a session-based approach gives us the flexibility to combine hand-crafted survival tools with advanced tech trees, while offering a big variety of missions, adding gameplay variations and expanding the game for years to come.”

Icarus is planned to be a living gameplay experience, and the developers note that expansions will portray an increasingly alien world, moving away from the Earth-like environments included in the initial launch.

You’ll be able to participate in missions either solo or alongside up to eight other players. In multiplayer, the game will reportedly have a single fail state: missing the dropship at the end of the mission timer.

Icarus is currently targeting a Steam launch later this year. For those desperate to see the game in action, developer RocketWerkz will release the first gameplay stream on its Twitch channel from from 5pm PST on Thursday, April 8th.