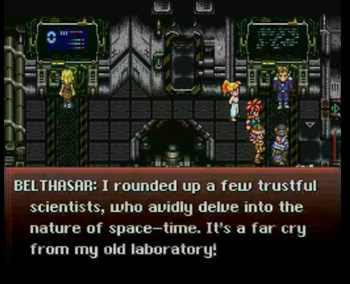 I believe strongly in the rights of private organizations to protect their brands and their products. And, so when Square Enix last week came crashing down like a tsunami from a summer disaster movie on Kajar Laboratories, which had used the company’s assets to build an unauthorized Chrono Trigger sequel, I could not argue with the validity of their claim.

The cease and desist letter was a tactical strike that laid the project, Chrono Trigger: Crimson Echoes, to waste and left a team that had endeavored for years hobbled and broken on the home stretch of their long-distance marathon.

It’s hard to look at those years of effort lovingly put in as an homage to Square’s classic game and not sympathize with the little guy up against what comes off as a cliché villain corporation helmed by an old-man with an oxygen tank lounging in an oversized chair petting a cat with one hand and twirling his moustache with the other. But, let’s live in reality for a moment.

There is no disputing that these fans “hacked” (a term used by the C&D letter) Chrono Trigger and manipulated the company’s artwork, brand and intellectual assets without authorization of any kind. It’s hard to imagine that those involved didn’t know this would be a problem for a company that is still actively pursuing the Chrono Trigger brand. Their own demo readme file seems to concede as much.

There’s simply no scenario where Square doesn’t have a financial obligation to shut the project down. Perhaps taking legal action two weeks before release following a four-year development comes off as vindictive and snide, but still the point remains.

The line is hazy and indistinct between the need for community outreach and the need for protecting a brand. From Square’s point of view, there’s simply no tangible benefit to allowing an unauthorized ROM sequel to a valuable franchise, or at least not one that outweighs the potential damage. Not only does this threaten and compete with Square, but to have allowed the release of an emulator-driven, fan-made game like this would have set a dangerous precedent.

That’s one genie that would certainly never have gone back into its bottle.

I don’t really imagine that the makers of Crimson Echoes had malice or greed in mind, but while that leaves their plight a sympathetic one I’m not sure it necessarily forgives that they should have seen this coming from a mile away. When it comes right down to it, deciding to spend four years building an unauthorized project by illegally pulling art assets from an existing company’s product and then trying to release it through an emulator is not exactly smart. Before we get too wrapped up in heart bleeding for the poor mistreated folks at Kajar, it’s possible we should consider what a monumentally misguided idea this was in the first place.

I feel basically as much sympathy as I would for a wounded lion tamer or NASCAR driver. It’s sad that you got bitten in the face or set on fire, but what exactly did you think was going to happen? 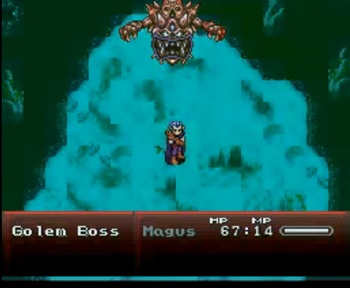 We simply don’t operate in an environment where fans have unfettered reign to do what they want. Square has been very clear in the past about their position on fan-made projects and has jealously guarded their ownership. We can look at that as greedy and a slap in the face to fans, or we could see that as a group of artists and professionals who take what they do very seriously. Either way it’s not really relevant because each company gets to interpret for themselves their relationship with their fans, and ultimately they hold all the cards on that decision.

There’s not much reason to think that the brief but explosive angst over Square’s decision will impact future sales in the slightest, despite what I’m sure will be very heartfelt-at-the-time calls for boycott and pitchfork gathering. I’m frankly not even sure that there’s any indication that Crimson Echoes would have impacted future sales either, but that’s not really the point. The point is that in the end companies don’t have to buy into the idea of customers and consumers taking ownership of their products, and in many ways that is the heart of the conflict.

Hell, most of them are barely on board with audience participation.

I know that I take on an emotional attachment to some of the games I play. They come into my home, create a space in my memories and become a part of the sum total of my experience. I feel connected to certain games, eager to be a part of the world and the mythos involved, and I understand the headspace from which fans and communities operate. None of that gives me license to act on that desire, and if I can’t keep my own check on the difference between what I wish were true and what is actually true, then shame on me when my actions have consequences.

Manipulating company assets without permission isn’t just a fast track to a cease and desist letter, it’s folly of the highest order. Fan-made projects should operate from the assumption that they will be quashed the moment they have any visibility, and we all really need to stop being so surprised and when it happens. In the end, I simply wonder why the people at Kajar didn’t spend four years creating their own project instead of standing on the shoulders of someone else’s work.

If the answer is that they didn’t have the inspiration or ability to create their own world, their own characters, their own art and their own assets, then I don’t necessarily think it’s a bad thing that they ultimately failed. In an industry already struggling with a crisis of creativity, why exactly are we championing anything less than originality again?

Sean Sands is the co-founder of gamerswithjobs.com and a professional copywriter living near Minneapolis with his wife and 2 kids.