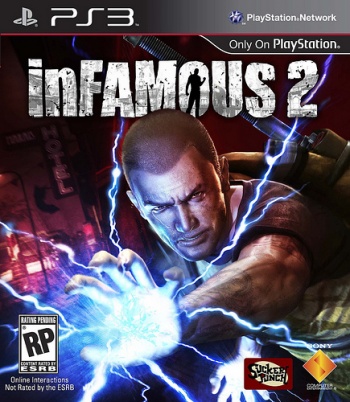 We’ve known for a while that Cole MacGrath’s coming back to the PS3, but now Sony’s listed an actual date (as well as a special edition of the game).

Developer Sucker Punch and Sony have been teasing out information about Infamous 2, the sequel to the beloved action title from 2009. But, in the midst of these details, fans have been begging to learn when the game would, you know, actually be released. Well, good news: Sony isn’t going to keep you guessing any longer. Infamous 2 will be released here in the U.S. on June 7th.

The announcement came earlier today via the PlayStation Blog. The blog post addressed specific readers who asked when the game was going to come out: “Well to Tom, Deviant, Mila, and the rest of you amazing fans, we are happy to announce that inFAMOUS 2 will be launching in North America exclusively on the PlayStation 3 on June 7th, 2011!”

Sony also confirmed a special “Hero Edition” of the game. For $99.99, gamers will get the following:

Short of actual electrical super powers, the HERO Edition delivers everything an inFamous fan could want including a highly detailed 8.5″ Cole MacGrath statue, a sportable sling pack modeled after Cole’s own in-game gear, the inFAMOUS #1 mini comic from DC Comics, the official inFAMOUS 2 HERO Edition Soundtrack and a super voucher code for a collection of in-game content.

The Hero Edition will also include a voucher that will allow players to download special in-game weapons and character skins. There’s also going to be a Special Edition of the game which will come in “good” and “bad” sleeves, which will include its own set of special in-game content.

The Week in Review: Portals, Love, and the Walking Dead