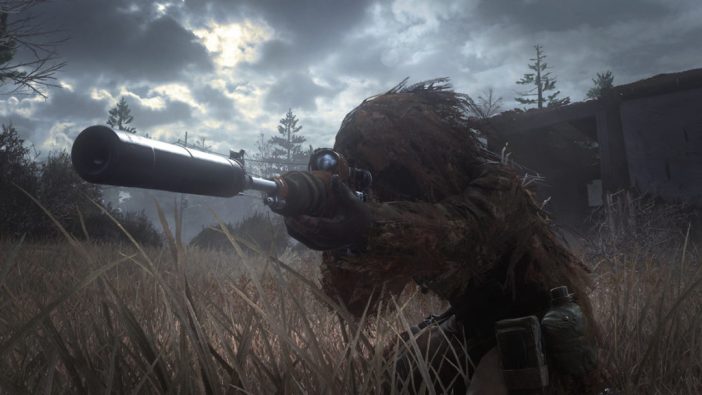 Before Call of Duty 4: Modern Warfare changed the video game scene in 2007, developer Infinity Ward almost made a sci-fi shooter instead.

Geoff Smith, multiplayer design director at Infinity Ward, and Joel Emslie, the studio’s art director, told Game Informer about the “Halo killer” that almost was. The two explained that Infinity Ward was originally split into two teams at that time; one worked on a World War II Call of Duty 4 game while the other focused on the sci-fi FPS.

Emslie described the thought process many shared during development back in the mid-2000s: “We didn’t know if we were going to be able to do a modern game. It was a moment where we really wanted to take down Halo really bad, and we wanted to create a Halo killer. Part of the studio went off and was working on another game to do that.”

Eventually, Infinity Ward backtracked on plans to release its own sci-fi game, with Emslie saying that they would rather bring the two teams together to create the modern experience that we know now.

Now, Infinity Ward is rebooting the classic franchise with this year’s Call of Duty: Modern Warfare. Along with bringing back killstreaks and classic characters, the developer and publisher Activision are promoting the game’s dark story and world.

Read up on the new Modern Warfare’s full multiplayer reveal to catch up on all new and returning Call of Duty mechanics this year.