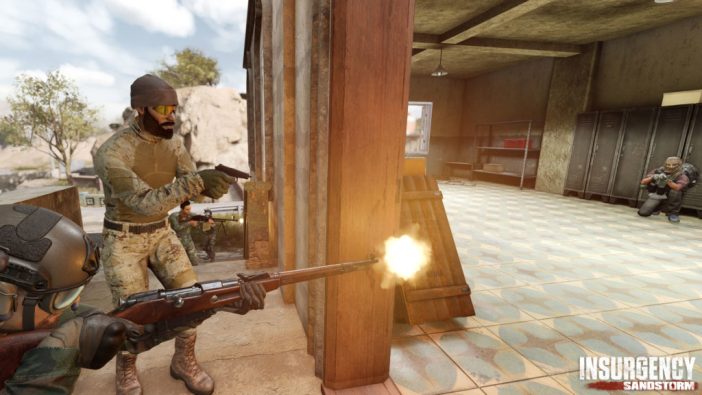 The life-like battles of Insurgency: Sandstorm are coming to consoles early next year.

Announced by developer New World Interactive on Reddit, Insurgency: Sandstorm has finally received a release window of spring 2020 for consoles. Black Tower Studios will be New World’s co-development partner in this endeavor. Upon the title’s release, console players will receive a timed-exclusive map as a welcome gift. Two weeks after Insurgency: Sandstorm launches on console, PC players will get the new map to try for themselves.

The developer goes on to explain its philosophy regarding how it refines its games:

As we don’t believe in annualizing editions of our game from a philosophical standpoint, all the changes and adjustments we make over time are done so with the belief that we’re going to expand and improve upon our pre-existing product. We’re super committed to our players, and we want to reinforce our continuous support to our fans. As more and more production guidelines are rolled out, we should have tighter, cleaner production cycles pertaining to future sprints.

The post further describes that New World Interactive is growing and expanding in order to honor its commitments to players. In terms of Insurgency updates, the team has pledged to spend the next three months improving the game’s overall stability.

New World Interactive recently opened up about its canceled project, Insurgency: Exiles, during part two of a three-part documentary series from Gameumentary and Escapist. Make sure to check out all three episodes.

If you’ve got your own questions to ask, head back over to the Insurgency Reddit later today at 2 p.m. CST for an AMA with New World Interactive.