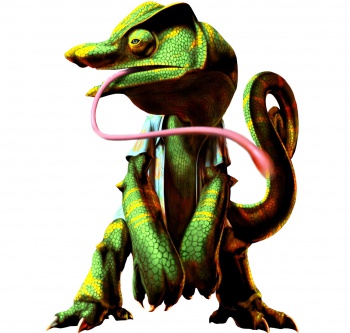 No Virginia, there is no Bloody Roar 5.

On September 30, an update appeared on the @HudsonSoftLtd Twitter feed with the following message.

The news spread quickly, and soon the entirety of the gaming news world was reporting that a new Bloody Roar title was in development. Kotaku reported on the story, as did Destructoid and G4.

Hudson Soft said so, and who are we question Hudson Soft?

As it turns out, that wasn’t actually Hudson Soft. The @HudsonSoftLtd account was updated this morning, with a link to what was purportedly a new image from Bloody Roar 5. Instead of hot manimal-on-manimal action, the linked picture was the ‘net’s beloved trollface.jpg with the words “You all been trolled!” emblazoned across the chin.

So far neither Hudson Soft nor Bloody Roar publisher Konami have commented on this situation or the theoretical existence of any future titles in the series.

Humorously, the mysterious pranksters who created the faux Hudson Soft account are still being inundated with Bloody Roar fans thanking them for reviving the series, apparently oblivious to the hoax.