Inversus a clever, visually striking strategic shooter. The board is a stunningly simple black and white, yet is constantly changing throughout the course of the match. It’s a territorial game merged with an old school arcade shooter where each player controls either a black or white square. Firing in any direction changes the color of the tiles along the bullet’s trajectory, making a path for your square to move. Black moves on white tiles, and white moves on black tiles. 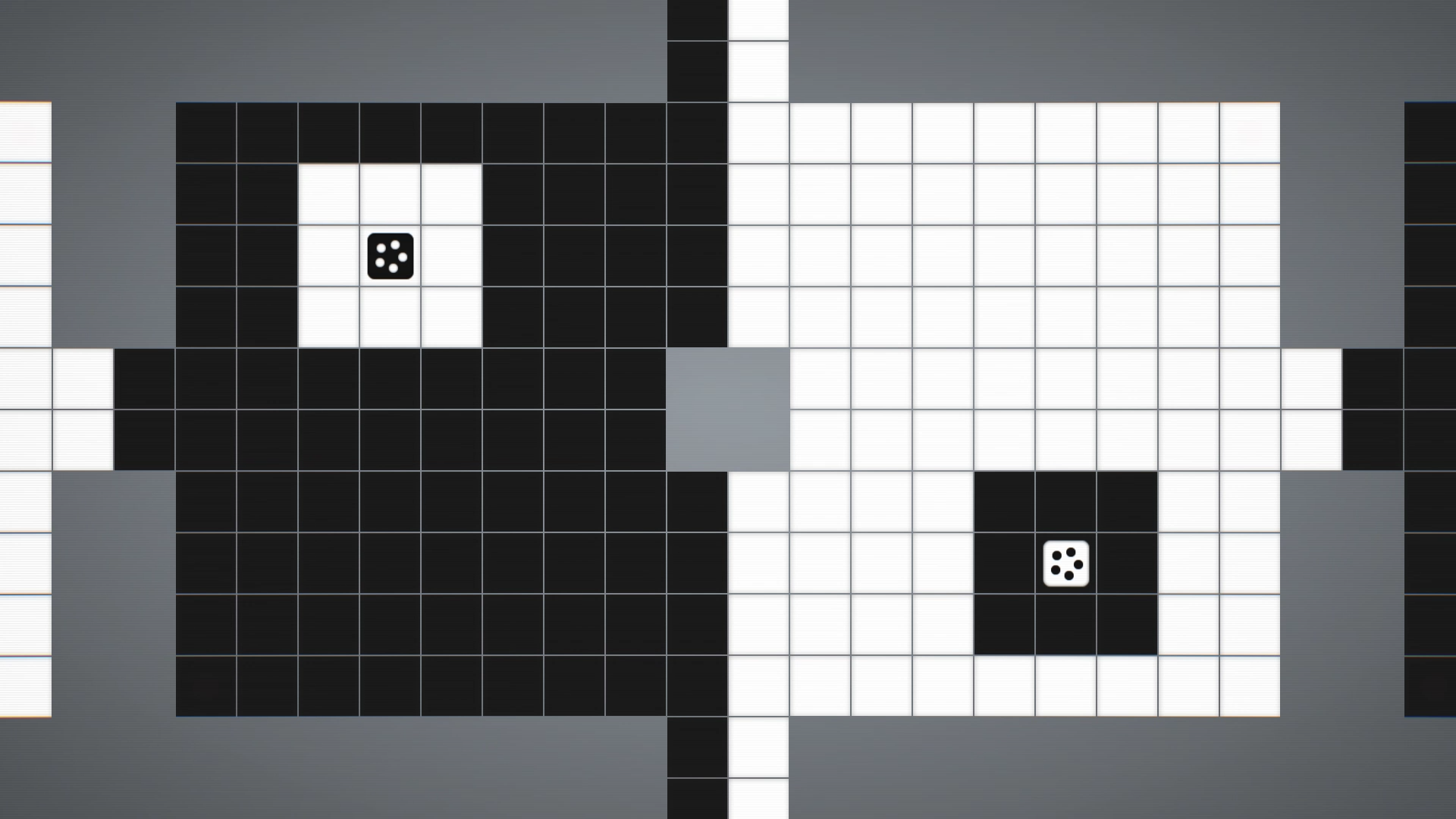 The board is constantly shifting around you in Inversus. Every shot you take serves not only as a possible kill, but also as a way to open pathways, which serve the dual purpose of creating walls for your enemy, while also having the potential to block shots from your opponent. You could play the same map four different times and have to utilize four different strategies, because your path is directly influenced by both your behavior and your opponent’s behavior.

The maps are simple at the start, yet quickly evolve into escherian-style mazes that limit where and how you can move. At different areas in several maps there are red dots which serve as a more powerful ammo – and trust me, you want them. In some there will be duplicates of your block, and you will have to monitor more closely in order to ensure that you are safe from all possible directions. The game looks extremely simple, which definitely tricked my mind into thinking it would be a simple game. That’s not the case – Inversus quickly becomes frantic, complex, and even brutal.

There’s also an arcade mode, which pits the player against a swarm of constantly evolving foes. Ammo is limited in arcade, but is able to be collected after killing enemies. Arcade mode can be played either solo or as part of a cooperative experience, and is more about how long you can survive, and how many points you can rack up, than it is about reaching any sort of “ending.”

Inversus is easy to learn yet incredibly difficult to master. It’s the sort of game that almost seems like it’s intentionally trying to challenge you in new and different ways – and I’m a sucker for that type of game. It’s simple and orderly in appearance alone, lulling players into a false sense of security and then changing the rules again and again. Be it serious competition or getting drunk with a few friends, this is one of those games that, in my humble opinion, is likely to appeal to a wide range of gamers, from the pros to the joes.