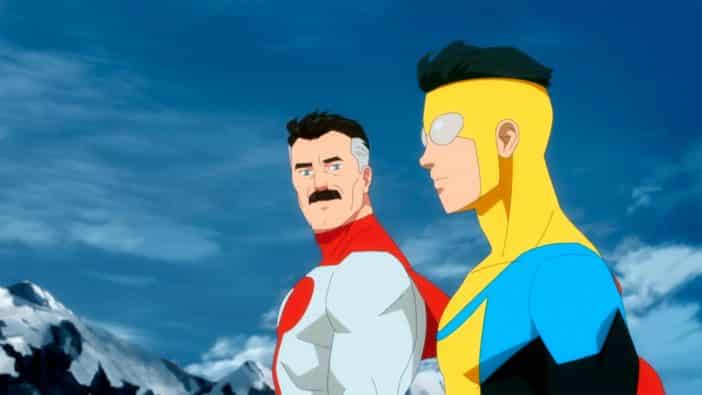 Amazon has a bloody superhero winner on its hands. The animated Invincible has been a big hit for the streamer in terms of the all-important social clout, (Amazon hasn’t released any official numbers.) and it also happens to be really frickin’ good and showcases what the future of superhero storytelling can be. That all being said, it shouldn’t be a surprise that Invincible season 2 has now been confirmed — however, a season 3 already being green-lit is!

Twitter: Announce Season 2, you cowards
InvincibleHQ: How about Seasons 2 AND 3?!?!?!? pic.twitter.com/lWCSGbNTka

Confirming two seasons at once shows the faith that Amazon has in the series, which is based on the comic by The Walking Dead creator Robert Kirkman, who clearly knows how to make comics that turn into good TV shows. The series focuses on Mark Grayson, who at 17 develops superpowers, much like his famous superhero dad. It’s part coming-of-age story. It is a decidedly adult take on the genre and really has developed its own unique take on superheroes, which has played out fantastically over the course of the first season’s eight episodes.

“I’m extremely thankful to Amazon for the support and dedication they’ve put behind Invincible,” said Kirkman. “The comic book is truly a love letter to a genre that Cory and I grew up reading and loving, and it’s been a gratifying journey to watch our characters come to life again through the animated series. We’re beyond excited to continue this story for at least two more seasons.”

There’s no word on when Invincible season 2 will land (or, obviously, season 3), but we can assume, barring any sudden deaths in the season finale, that cast members Steven Yeun, J.J. Simmons, and Michelle Yeoh will all be returning.

Amazon is spending big money right now to help it win the streaming wars with shows like The Lord of the Rings and films like The Tomorrow War, but so far it’s smaller shows like Invincible that seem to be pulling in the audience it desires.