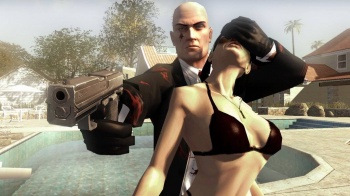 Hitman: Absolution developer IO Interactive wants to make it clear that while they appreciate fan input, they won’t be “dictated to.”

Fans can be a demanding bunch. Some fans – generally the most vocal ones – vastly overestimate their own importance to the creative process, and maintain that they, and only they, have a handle on what direction their beloved series should take. Of course, for each game there are dozens of groups of fans, each with different ideas, yet each group claims to speak for the whole. Ignoring one’s fans can have disastrous results, but following their instructions to the letter can be equally as damaging. That’s the point IO’s Tore Blystad was making during an interview with VG247.

“We’ll listen to them,” he said,”But we won’t be dictated to by the fans because we also have so many segments of fans that we could listen to.” He went on to add, “one group [might] say, the game has to be more difficult than any other Hitman. Well, that’s going to be hard for us to pull off [in a] game of this magnitude.”

Blystad seems to be specifically referring to Hitman: Absolution’s new navigation system, which highlights possible in-game routes with colored lines, a feature some fans argue, may make the game too easy. Blystad claims that the feature is necessary, and that the degree of player freedom in the original Hitman games wasn’t readily apparent because of the game’s breadth of options and unforgiving difficulty. “That kind of freedom is not very interesting, because it’s not really a choice, but you just try it and then you see if you fail and then you try something else,” he said.

While some fans argue that the trial-and-error approach is vital to Hitman’s atmosphere, Blystad believes a small niche of gamers are overestimating their own importance. “We’re catering for a large spectrum of players from the most-ultra hardcore to the people who play third-person games,” he said, “They enjoy that and they just want a good experience.”

Devil May Cry developers Ninja Theory offered a similar opinion earlier in the week, it was met with harsh criticism from fans. While I can understand fans reacting badly to what they perceive as radical changes to a beloved franchise, I do think that a small number of fans simply don’t understand the boundaries of the creator-audience relationship. I can say from personal experience that while fan input is vital, it shouldn’t be binding. The most vocal fans are not always the most important.