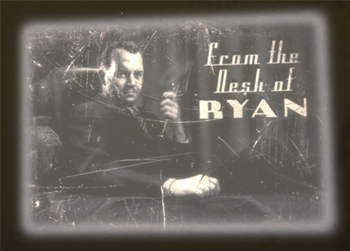 It’s been a rough few years for Sony Pictures, with many industry observers noting that the studio’s bottom line has become increasingly overdependent on the continued viability of the Spider-Man franchise. But behind the scenes, the motion picture arm of the Sony Corporation has been developing what looks to be an ambitious new blockbuster strategy: Feature adaptations of popular video games.

That Sony is betting big on games-to-film being the next big thing is no secret, but things got a bit more interesting on Friday when Kotaku reported that the studio has registered the domain names bioshock-movie.com, bioshock-movie.net and bio-shock.net. Such registrations are frequently made by studios who are planning to aquire or begin development of a property; and while Sony has never been connected to to a Bioshock feature before now, a previous version was in pre-production at Universal Pictures (with either Gore Verbinski or Juan Carlos Fresnadillo directing) before being shut down for budgetary reasons several years ago.

If Bioshock was to become part of Sony’s development slate, it would join a diverse stable of games-to-film adaptations already announced including The Last of Us, Gran Turismo, Raving Rabbids, Uncharted, Watch Dogs, Rollercoaster Tycoon and Console Wars, a Seth Rogen-scripted corporate drama about the 1990s business rivalry between Sega and Nintendo. Sony also owns domains relating to a hypothetical Sonic The Hedgehog feature, possibly the “dark, edgy version skewed towards older audiences” supposedly planned by Sony subsidiary Columbia Pictures.

The Best And Funniest Wondercon 2014 Cosplay