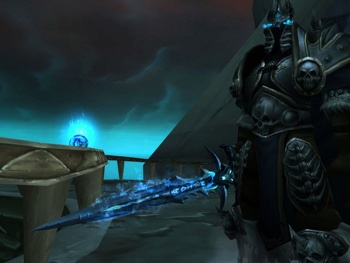 Might want to scratch “raid leader” off the resume: It seems that some job recruiters are instructed specifically to avoid hiring World of Warcraft players.

Despite conjecture about how WoW might be good for business management skills, some companies are directly avoiding WoW players. Forums poster Tale over at the F13 boards learned this lesson the hard way. In a recent meeting with a recruiter for an online media company, he mentioned that he’d “spent way too much time in the early 2000s playing online games” like EverQuest, Star Wars Galaxies, and early WoW. What he got was the cold shoulder.

“[The job recruiter] replied that employers specifically instruct him not to send them World of Warcraft players,” Tale wrote. Contary to the opinion that playing WoW teaches teamwork and leadership, these companies allegedly have a firm belief that “WoW players cannot give 100% because their focus is elsewhere, their sleeping patterns are often not great, etc.”

Sounds like some folks were surfing Wowhead all day at work and showing up late because of raids the night before. I can understand that the “WoW player” stigma might affect the way people perceive you in the work place, but for these people to instruct recruiters specifically not to hire WoW players has to be the result of a specific experience with a certain group of people. Or is the problem more widespread, and is it general knowledge among businesses to avoid hiring gamers?