Hot damn. There was so much good this year that I couldn’t even settle on just video games. I had to go big or go home – so I ran the gamut. From tabletop to movies, we just had goodness raining from the sky. Mostly I loved visuals this year. I loved miniatures, lighting, and pretty objects. I’ve got a lot of things this year that I’m going to treasure for years to come. 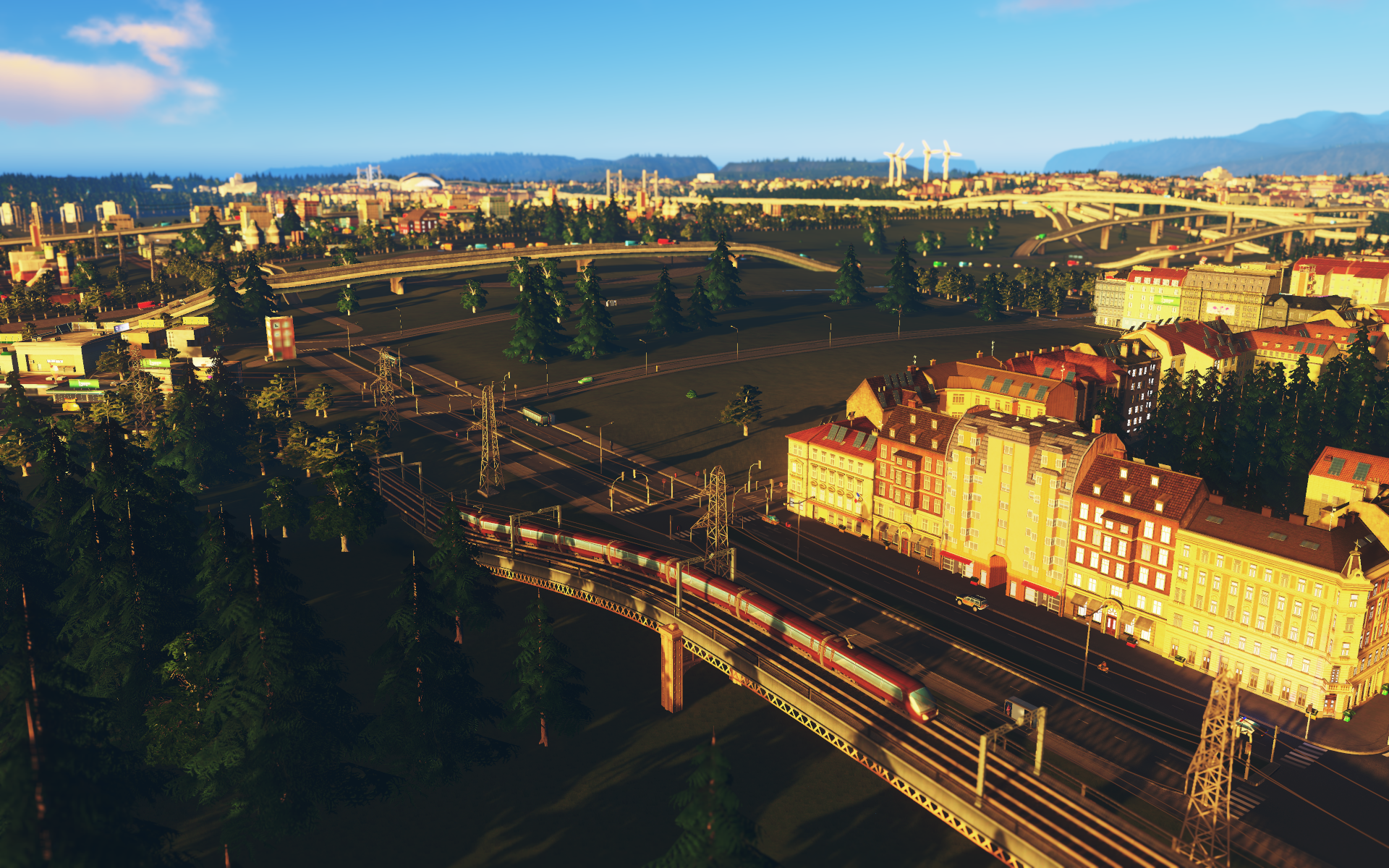 I’ve said a lot about this game already, so indulge me, while I indulge myself, in quoting me quoting myself in a review:

Cities: Skylines is definitely one of my games of the year – if not the best game I’ve played this year – and decidedly the leader in management sims. I don’t see another game stealing away 90+ hours of my game time so easily.

Indulge me while I quote my original review:

It’s a fun, fun game and even the little complaints I have about it did nothing to stop my enjoyment. The learning curve is a tiny bit steep at first, but my partner who has zero experience with a city builder was able to make a passable city of nearly 70,000 in ten hours of play without encountering that many stumbling points. The mechanics are easily understood, the goals elegant and open ended in implementation, and the gameplay smooth.

Yeah, I love Cities: Skylines. It makes me incredibly happy. Its open support of modding, its thorough and complete embrace of not just approachability, but also depth. There’s many ways to build a city, many ways to make money, and many ways to watch your world at work once you’re done. Colossal Order has so much to be proud of. You’ll love it – just trust me.

Monstrosities and eldritch terrors abound in modern board gaming, and godfather of tentacles Sandy Petersen produced the ultimate take on the genre with Cthulhu Wars. It’s a big box, big budget game with tens of gorgeous miniatures accompanying. In play, it’s a take-off on the old area-control style wargames like Risk. Each faction has gloriously appropriate powers that only they can use, and their troops are unique to how they play. The neatest part is that you don’t win by killing enemies, necessarily, you win by balancing control with offense. 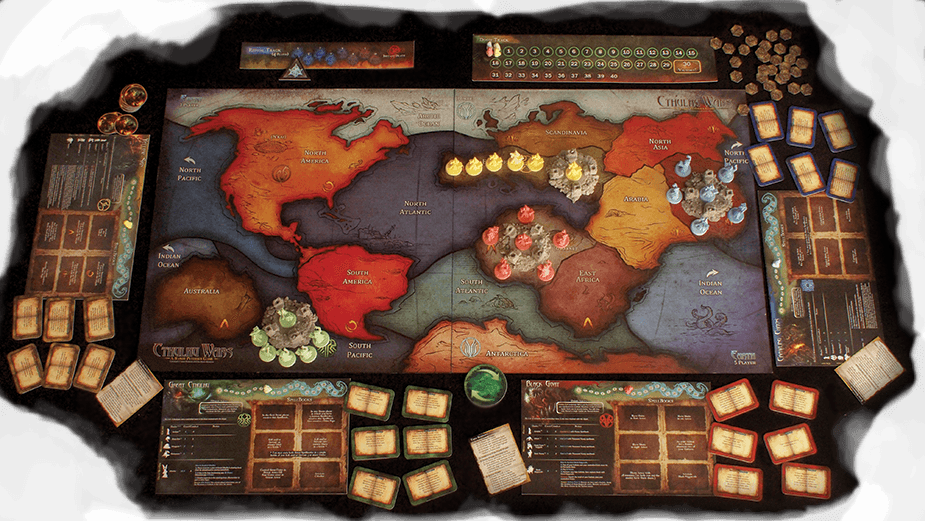 Sure, it’s not the most balanced thing in the world, but not everything has to be. It’s balanced enough. Getting together with your friends for an evening of casual competition, seeing who can usher in the apocalypse better and faster, is a blast.

I love it. Cthulhu is, after all, the bacon of gaming.

I love space ships. This is writ large across the internet. What I love more is fleet scale space ship combat. So, as a kid who wore out his VHS tapes rewatching the fleet battles in Return of the Jedi, I was a natural mark for Fantasy Flight Games’ Star Wars: Armada. While I previously enjoyed X-Wing, the dogfighting combat game, what I really wanted was whole wings of fighters and wedges of destroyers hurtling at each other – and that’s what we got with Armada. I love how the game forces you to consider and plan out strategy – what’ll keep you on balanced footing in rounds ahead. At the same time, you have to be reactionary in your moment-to-moment tactics, moving and counter-moving against your opponent. With the first wave of expansions hitting over the summer, bigger ships and more diversity hit the game, giving a real feeling of building up a fleet. I look forward to more from this game in the future, and it’s one I’ll collect on my own time for casual gaming – no professional interest involved.

What can I say about Fall of Magic? It’s one of those games so out of the ordinary, so exceptional, that I just wish I could put a copy in your hands. Game aside – and it’s a really satisfying quick-play roleplaying experience – it’s a physical product I’d expect to pay half again what I did for it. A rolled scroll, metal tokens, a lovely tie-off, and a custom paper box. I don’t even want to put it on my games shelf. I want to put it on my coffee table. I want people to pick it up and look at it. 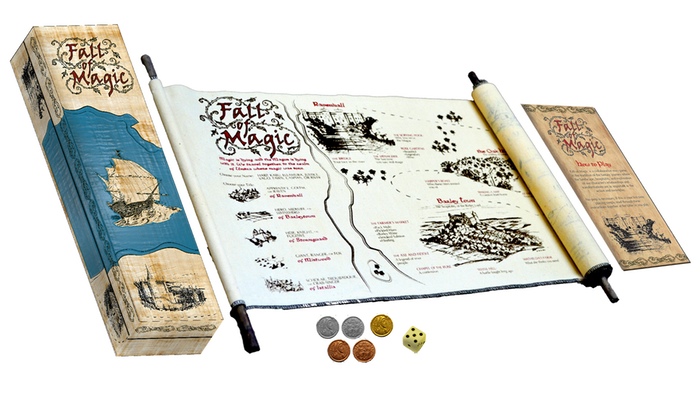 Even if you’re not interested in playing the game, as an artifact to use in roleplaying at all it’s awesome. I can easily imagine a Dungeons & Dragons or 13th Age campaign driven using the scroll-map’s prompts. The players flesh out their characters, and the Dungeon master has some framework to build each session around. 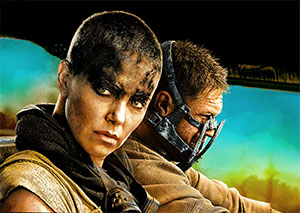 I don’t even think I knew there was a Mad Max movie coming this year. I mean, why would I have? A new entry in a 30 year old post-apocalypse franchise?

Nonetheless, it’s one of my favorite movies of all time already. I read our review just after release and went in with an open heart. It captures the kind of direct cinematography I love, with heavily stylistic scenes. It has the kind of over-the-top physical costuming and attention to detail that I crave. It is immensely gameable, stealable, and I can grab things out of it to get to my roleplaying game table. Like Dredd from a few years ago, it takes the atmospheric implications of a fictional genre and perfectly captures them on fiml instead of going for cheesy half-baked shots.

It will ride eternal, shiny and chrome. At least in my video player. 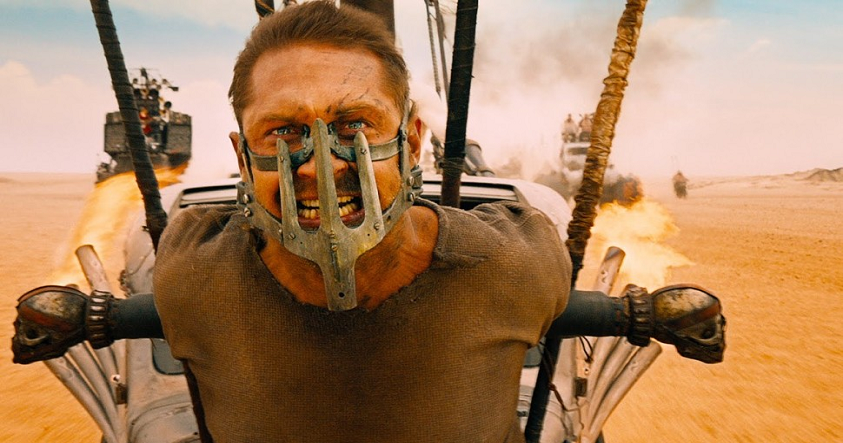