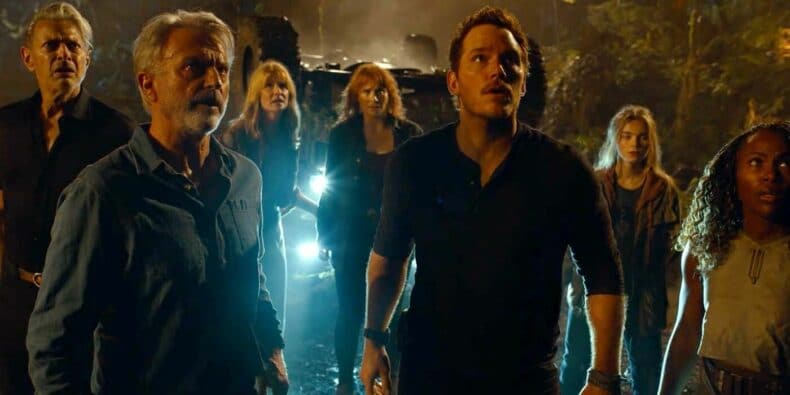 Like John Hammond himself, Jurassic World Dominion is reviving some more extinct creatures. The official Jurassic World Dominion trailer gives us our first full look at the returning cast from the Jurassic Park trilogy as Sam Neill, Laura Dern, and Jeff Goldblum all come back to help Bryce Dallas Howard and Chris Pratt figure out how to live in a world full of dinosaurs. Also, our boy Blue is back in action.

The trailer itself doesn’t really convey much about the actual plot, content to simply show off the myriad of dinosaurs in action and the fact that Owen Grady is being some sort of dinosaur cowboy while hiding Blue from the world. Dinosaurs, having escaped because of the stupid ending of Jurassic World: Fallen Kingdom, are now living on Earth alongside humans, making for a literal Jurassic world. The premise is actually pretty interesting, and even though the Jurassic World Dominion trailer shows very little, it looks like it could pay off in great ways.

The studio is calling this the epic conclusion to the Jurassic era, tying all six films (and the animated series and short film) in a nice bow. Colin Trevorrow is returning to direct the film after taking a break for the second movie, with Emily Carmichael taking over screenwriting duties based on a story by Trevorrow and Derek Connolly. A new selection of dinosaur fodder is joining the cast as well in the form of DeWanda Wise, Emmy nominee Mamoudou Athie, Dichen Lachman, Scott Haze, and Campbell Scott. More returning cast includes BD Wong as Dr. Henry Wu, Justice Smith as Franklin Webb, Daniella Pineda as Dr. Zia Rodriguez, and Omar Sy as Barry Sembenè.

Jurassic World Dominion will release in theaters on June 10.