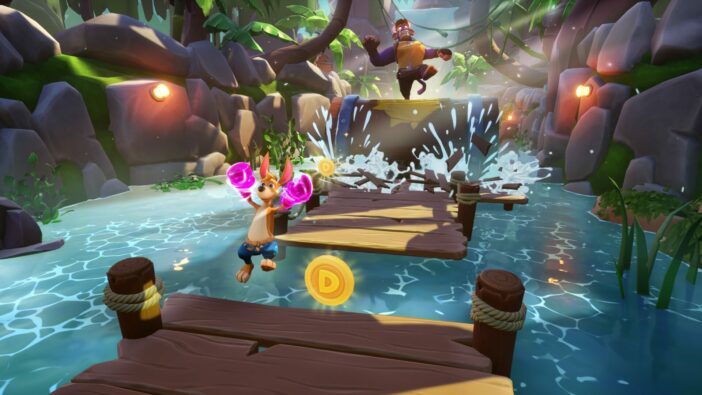 Tate Multimedia has announced a May 27, 2022 release date for the new Kao the Kangaroo game on Nintendo Switch, PlayStation 4 (PS4), PlayStation 5 (PS5), Xbox One, Xbox Series X | S, and PC via Steam. It will retail for $29.99 digitally and $34.99 physically. This 3D platformer revives a franchise that began in 2000 and was basically dead by the mid-2000s. None of the original games came critically acclaimed or carried much cultural significance, and… well, it remains to be seen if history will repeat itself here.

A new Kao the Kangaroo trailer shares the release date and some gameplay footage. The premise this time is that Kao is using boxing gloves with elemental powers to defeat enemies, track down his missing sister, and uncover the truth of what happened to his long-lost father. Along the way, he will confront and defeat “fighting masters” whose minds have been corrupted by a “dark power.” Ultimately though, it’s all just an excuse to explore colorful, family-friendly worlds in a 3D platforming setting.

If you’ve already played Crash Bandicoot N. Sane Trilogy, Crash Bandicoot 4, Spyro Reignited Trilogy, Kirby and the Forgotten Land, and even Demon Turf: Neon Splash all the way through, and you’re somehow still desperate for more platformers, maybe Kao the Kangaroo will provide your next fix this May.