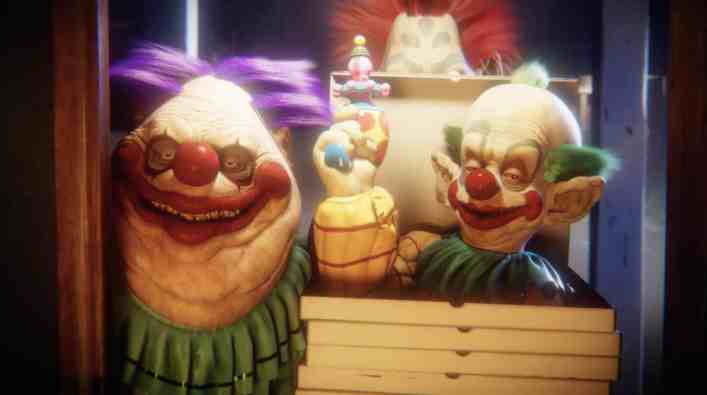 In what might be the weirdest news to come out of Gamescom Opening Night Live 2022, publisher Good Shepherd Entertainment and developer Teravision Games dropped a reveal trailer for Killer Klowns from Outer Space: The Game, an asymmetrical multiplayer horror experience that will adapt the ‘80s cult classic for PC via Steam, PlayStation 4, PlayStation 5, Xbox One, and Xbox Series X | S in early 2023. The trailer starts off simple enough and quickly devolves into slapstick murder madness. Game footage shows that players will be able to control goofy-looking sci-fi clowns with a thirst for blood while others run for their lives.

Watch the Killer Klowns from Outer Space: The Game reveal trailer below.

More information on the game can be found on its new website, including the promise of five playable Klowns. The game will also sport a level-up system with the promise that more content will arrive via post-launch support. But here are the basics:

Plan your own alien invasion and harvest humans as the iconic Killer Klowns, or gather a team of survivors to fight the extraterrestrial threat, in a game based on the ‘80s cult classic movie. Welcome to a new, craazzy take on the asymmetrical multiplayer horror experience!

Killer Klowns from Outer Space: The Game arrives in early 2023. It may not have a release date yet, but Teravision and Good Shepherd say that you can sign up for an upcoming beta on the game’s website. Stay tuned for updates until then.