Microsoft’s goal with the Kinect is simple: It needs to get this machine into as many houses as possible. Microsoft needs to market its Kinect so that it’s perceived as the one thing to get this holiday season. If it succeeds in this goal, the company gains a nice profit for its shareholders, developers find a new way to design games for a massive audience, marketers can use a unique way to push people to interact with their products and gamers to get a cool piece of technology that could add immersible elements to the games they enjoy playing. But, it all must start with Microsoft selling a lot of Kinects-and the way it’s doing it is by not marketing it to core gamers. It’s marketing the Kinect to moms, kids and casual players.

There’s an important difference between “gamers” and “people who play games.” Gamers keep up with gaming news, make time in their day to play games and, from a marketing perspective, choose to self-identify as a part of the gaming subculture, familiar with its language, references, memes and history. The group “people who play games” tend to not search for gaming news, but when they run across something of interest, they will scan it. They frequently play genres across the spectrum and sometimes go weeks or months without getting a new game. Lastly, they don’t call themselves “gamers.”

In the year after the announcement of “Project Natal,” there’s been a lot of speculation and a little bit of information delivered on the product. We, as core gamers, wondered about the technical specifications. We imagined the integration of Natal into our favorite games, genres and activities on our Xbox 360. As a group, we experienced and expressed every range of emotion about what was then called Project Natal.

Then E3 2010 happened. Layers of mystery and speculation were pulled away and we, the gamers who’ve been talking about this for a year, saw Microsoft unveil the Natal, renamed “Kinect.” We were expecting the Microsoft reps to look at us directly, with pride in their faces and tell us about this thing we were curious about; this object that so many of us desired was here and they wanted us to play with it. Instead, before E3 even started, Microsoft threw a party for the media that included a surreal, nearly ritualistic display from Cirque du Soleil. Yet, it started to feel like Microsoft wasn’t talking to us. It was the first time Microsoft had built a device for games and wasn’t paying most of its attention to us. The non-gaming media lapped it up. They wrote about it on their blogs, news aggregate gobbled up pictures and it became a yummy spectacle for the non-gaming media. Within days, business executives and families were treated to soft-news in hotels, airplanes and other infotainment venues about this thing … it is called Kinect … and you are the controller. 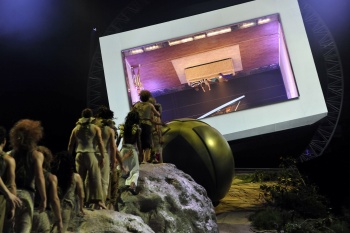 Microsoft put on its event and it wasn’t geared to us. The real information about Kinect would be revealed during its actual E3 press event. While it gave us good information on Halo Reach and Gears of War 3, Microsoft wanted to make Kinect the star of the show. Again, Microsoft was gearing this thing to “people who play games”, not “gamers.” We, the people who identify themselves as “gamers”, were effectively ignored when it came to the technology that we were so interested in. It became apparent that Microsoft is not marketing the Kinect to core gamers. There’s a very good reason for this, although we may not like it one bit.

Microsoft is in the middle of re-inventing itself. It’s seen the domination of the desktop and laptop OS mind-share slip due to Apple’s slow, but steady growth. Their past efforts in mobile technology have been dashed by Apple, Blackberry and the Android. Google owns searches online, as well as search-based advertising. Nintendo has had tremendous success with the Wii and DS platforms and Sony’s selling more PS3s than ever before. Microsoft sees these threats, as do its investors. It’s been a long time since Microsoft has really led the charge in technological and consumer innovation, and now it’s giving each of these companies a run for their money, by taking what they’ve done and trying to do it better.

Microsoft’s new philosophy can be summed up as wanting to be the destination for entertainment and information wherever people look for entertainment and information. Microsoft has found success on the PC with Windows 7, its search engine Bing is growing and the company is poised to make a huge statement with the launch of its new Windows 7 Phone that integrates MS Office, Xbox Live and the Zune in an attractive mobile OS. With the Xbox 360 in over 41 million homes worldwide, and in over 10 million homes in the US, Microsoft needs a way to boost sales. It is critical to put more boxes in more homes.

With a large portion of core gamers already owning an Xbox 360, targeting core gamers to purchase a new Xbox 360 would provide slow growth as units age and need replacing. However, if Microsoft releases a newly-designed Xbox 360 and the Kinect in a bundle, marketed with the right message to people who don’t already have an Xbox 360 in their homes, the Xbox 360’s reach into new homes and markets could significantly increase. This audience has already accepted the Wii, iPhone and casual games. They remain a ripe target for growth. These are not necessarily gamers, but people who have played games. The demographics for this new audience are different. It has more female than male players. These women make over 80% of the household purchases and have a significant influence over what items are purchased overall, particularly for their children. 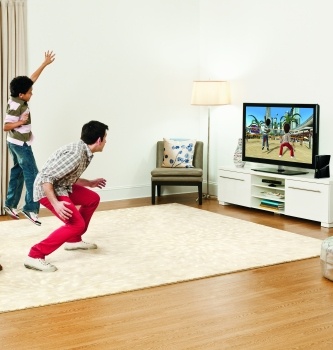 In order to market to this new demographic, Microsoft has to market its Kinect differently. There needs to be a good reason and justification to convince the purchaser of its value. It has to promote activity and it needs to feel safe. Microsoft needs to show that there will be a significant amount of good for the entire family in order to shell out real cash in difficult economic times.

In a calculating move, Microsoft assumes, and I would agree, that most gamers who’d consider themselves core gamers already own an Xbox 360. So why wouldn’t Microsoft just market to the already sizable user base? Simply put, while the core audience is significant, the new family, casual and social gaming markets that have emerged with force over the past few years show the greatest potential for growth and profit. If Microsoft were to just market the Kinect to its existing player base, it’d be another loss on a population that’s already accepted the Wii and is willing to upgrade to something more. In terms of how it’s marketed, if the Kinect were geared towards the core gaming audience, it would immediately be seen as one of those things gamers use to shoot each other in the face with. Bluntly, this is the opposite impression Microsoft wants to give their new target audience.

When we see ads for the Kinect, we see children giggling and playing with their pet tiger in Kinectimals. The mother comes in and plays with the kids. We see fitness routines that encourage activity. We see dance games in Kinect’s Dance Central that has songs from No Doubt, Poison and others that perfectly target the songs that would resonate with women aged 25 to 40 as well as songs from artists like Lady GaGa that younger players would enjoy. We see family games like Kinect Adventures, which are perfectly geared for social family gaming. From a marketing analysis perspective, this all starts to make sense.

Chris Lewis, Microsoft’s VP for Interactive Entertainment in Europe, made a point that Microsoft isn’t ignoring the core audience and says that non-casual “hybrid” games geared for the core gamer can be expected in the next 18 months or so. These “hybrid” games are assumed to mean that there will be controller and Kinect integration in these core games. He also dropped that in the UK, sales of the new, redesigned Xbox 360 went up “1,000 percent week-over-week with an 84 percent market share”. He’s not-so-stealthily hinting that the new messaging and positioning is working.

While we may have felt that Microsoft’s been ignoring us core gamers with Kinect’s fuzzy and friendly marketing, there’s a strong business case for it. Now that the Xbox and Xbox 360 have been with core gamers, since 2001 and 2005 respectively, it’s clear that Microsoft wants to see other, casual gamers. I know that we’ll find other things to do on our Xbox 360 while Microsoft makes kissy-faces to their new audience before we start getting really upset that Microsoft hasn’t delivered on its promise to make some really amazing games for the Kinect that we, the people who call ourselves “gamers,” can really obsess over.