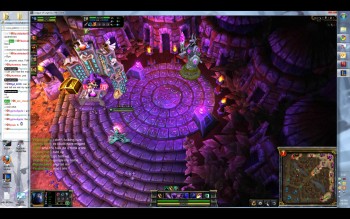 A new system rewards good behavior instead of punishing wrongdoing.

Everyone who’s played games online has a story about that one guy. You know, that one guy whose barely pubescent voice squeaked out all manner of unspeakable acts for your mom to perform while gamboling joyfully into the other team’s crosshairs. While there are plenty of systems in place to shun and punish bad players in online games, there are comparatively few that actively reward gamers who take the time to practice old-fashioned concepts like respect, cordiality, and good sportsmanship. League of Legends, the popular MOBA title, will soon embrace just such a system. The Honor mechanic will allow players to pinpoint the islands of politesse afloat in a sea of rage and sexual slurs.

“Everyone’s had one of these days,” says Jeffrey Lin, a LoL designer. “You are struggling in a game and find yourself in a situation where a teammate could have easily trolled or flamed you, but instead goes out of his way to be a helpful, compassionate team-player.” Enter the Honor system, by which players can point out acts of kindness and help friendly competitors get rewarded for their kindness. Lin does not describe exactly what Honor is or how it will work, but assures LoL players that it will be more than a passing accolade. “Through Honor you’ll be able to give something lasting back to those players who went out of their way to make your game experience better.”

LoL already has a number of systems in place to punish misbehaving players, such as the LeaverBuster and Tribunal mechanics, but proactively promoting good behavior is very different from simply punishing its opposite. Will Honor make LoL a friendlier place, or just promote cliquish behavior among Honor-seekers looking for an easy boost?

Devil May Cry PC Port Is Going to Take Some Time