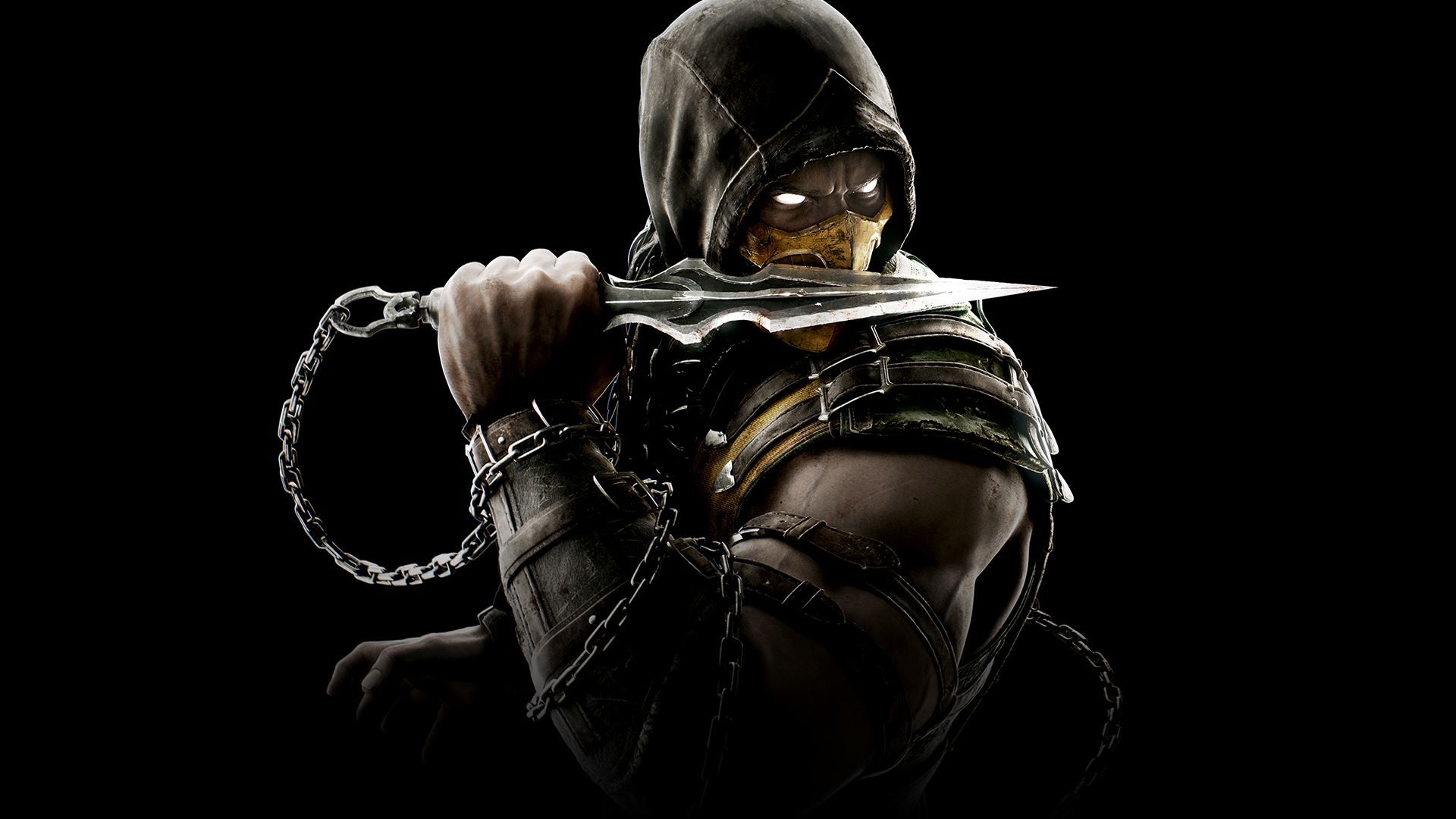 Each character in MKX is a complicated beast. It takes a lot of trial-and-error to unpack their basic styles. That’s where The Escapist’s own Mitchell Saltzman enters the picture. Mitch, like all right-thinking people, loves fighting games and wants to share his knowledge with the world. Check out his character guides in the sections below. We’ll keep you updated with his latest MKX video releases.

If you’re a fan, check out Mitch’s JurassicRabbit Youtube Channel for even more guides and walkthroughs. Mitch is an Escapist freelancer with a variety of articles available to check out now, and he’s running a Patreon campaign so supporters of awesome gaming videos can pitch in to help.

Scorpion returns from the Netherrealm with three unique variations that change up his playstyle considerably. Ninjitsu provides the undead assassin with a pair of blades that extends his range, along with his classic spears that can be enhanced for extra damage, leading into any number of basic combos. Teleport is one of Scorpion’s best special moves, placing him directly behind his opponent and giving a great opening for follow-up combos. When not using Ninjitsu, Scorpion’s Inferno variation gives him more zoning capabilities, including the stunning Minion Grab that makes any extended combo a cinch.

That cool customer Sub-Zero changes his playstyle considerably between his three variations, but the most aggressive with a good selection of simple combos is undoubtedly the Cryomancer. He’s all about close-range here, but keeps his Ice Ball to freeze projectile-spewing opponents. The stalwart Slide hits low, dashes forward, and ducks under mid-projectiles, helping Sub-Zero close the gap and unleash his Frost Hammer. Grandmaster changes things up with chilly ice clones, freezing confused opponents that don’t know how to get around it, while the Unbreakable variation gives Sub-Zero chip-damage nullifying specials and armor to punish aggressive fighters.

If you’re a fan of Kung Lao’s sharp hat, Mitch has the tutorial for you. With the Buzz Saw variation, Kung Lao can teleport into unblockable grabs, divekick for quick link-up combos, or slice his hat through faces with the Hang Grinder. The Hat Grinder is particularly powerful, despite the slow travel speed, once it’s enhanced — now the grinder leaves opponents lingering mid-air, perfect for a follow-up combo. Kung Lao is all about mind-games, faking out opponents, slowing projectiles or wildly changing their direction to keep any enemy off-guard.

Cassie Cage takes after her flashy father, but her most useful combos work across all three variations. Cassie plays a strong mix-up game with a variety of basic overhead and low attacks, even if she can be a challenging character for newbies to pickup and play. The Glow Kick and Getaway Flip give Cassie evasive and escape options, depending on the situation, and a pair of combo ending specials. The Getaway Flip is particularly great at punishing opponents if you’re quick with the run button, allowing Cassie to juggle, even if the flip is unsafe when blocked.

Takeda looks imposing, but the Shirai Ryu variation is relatively easy to pick-up for beginners. Trained in Scorpion’s style, Takeda can pull and throw at range, using teleports and mix-ups to tear down any weaknesses in his opponent’s defense. Takeda works best at mid-range, using Kunai to poke low, Spear Ryu to throw and Air Spear to catch turtling opponents off-guard. Whip Snap is another ranged overhead, giving Takeda plenty of zoning capabilities while dealing with typical defense strategies.

Erron Black is all about controlling the field with his three unique variations, giving him wildly different skillsets to handle opponents. This video focuses on the Outlaw variation, placing Erron in close-range with a deadly claw. Black’s Sand Toss special stuns nearby opponents, giving a safe opening for future combo strings. The Tarkatan Stab is another unique feature, causing bleed damage that’ll chip away at your opponent’s health bar. Erron Black is all about linking combos with his Sand Toss and bleeding enemies dry with the Tarkatan Stab.

The villainous Mileena runs circles around unguarded opponents, using her roll to send them flying or leap-frogging and attacking from behind. With the Ravenous variation, Mileena has access to a deadly bite grab that’s perfect for ending a combo. Her Tele-Kick hits high and flies over projectiles, but savvy fighters will punish with an uppercut or any anti-air. Mileena’s Sai Blast is a great projectile that moves quick and can be launched mid-air to extend combos or cancel wake-up time on a Tele-Kick.

Like his cinematic companion, Jason Voorhees is a brutal, unstoppable killer. Despite his slow movement speed, he’s a monster up-close, with simple combos and special moves that accentuate his murderous playstyle. Jason’s Slasher variation is the focus on this character guide, giving the masked killer the Killing Machine special. While active, Jason has armor for a few seconds, giving him a leg-up over evasive zoning variations, but leaving him exposed once the timer is up. The Psycho Slash gives Jason the forward movement he needs to close gaps and cut down health meters, including that all-important armor Jason needs to break through aggressive opponents.

Kitana is a pure rushdown character. Her lack of evasive options means you’ll need to stay on the attack to gain victory. Use her incredible speed and easy combos to press every advantage. The Assassin variation keeps Kitana’s fan throw special, as well as a handy wake-up throw with Throat Slice; use it’s enhanced EX version for armor to punch through an aggressive opponent’s assault. The Assassin Strike with EX also provides armor, giving Kitana multiple specials to close the distance and put the pressure on evasive opponents.

How To Spot A Sentient Robot