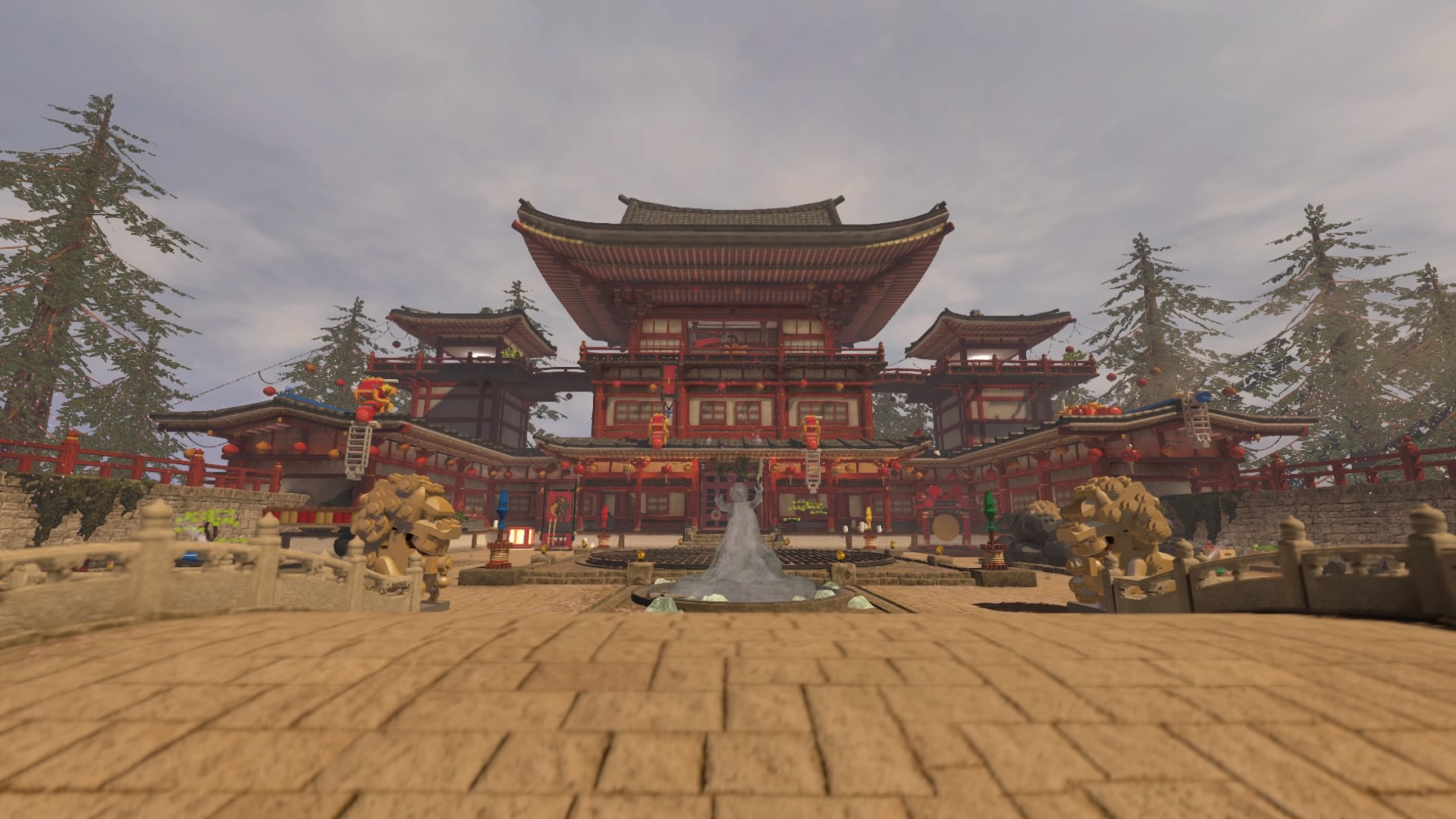 Chase needs to learn kung fu in Chapter 4 of our LEGO City: Undercover walkthrough. Here we’ll explain how to get inside Barry Smith’s exclusive dojo.

After Chase’s humiliating defeat at the end of Chapter 3, our hero wants to get some advanced combat training. That includes — counters, throws, and grabs. After completing Barry Smith’s Dojo course, Chase will be able to handle swarms of goons just a little bit easier than before.

Chapter 4: When the Going Gets Tough…

There’s a small shack a little bit west of the Super Build with 20,000 points. There’s another 10,000 on the hill – you’ll need a car to climb onto the hill, but there are even more point opportunities in the area. Just keep searching or return to the Auburn District to get plenty of Super Bricks with the Data Scanner.

Cross the bridge and step into the temple shield marker to begin your training! 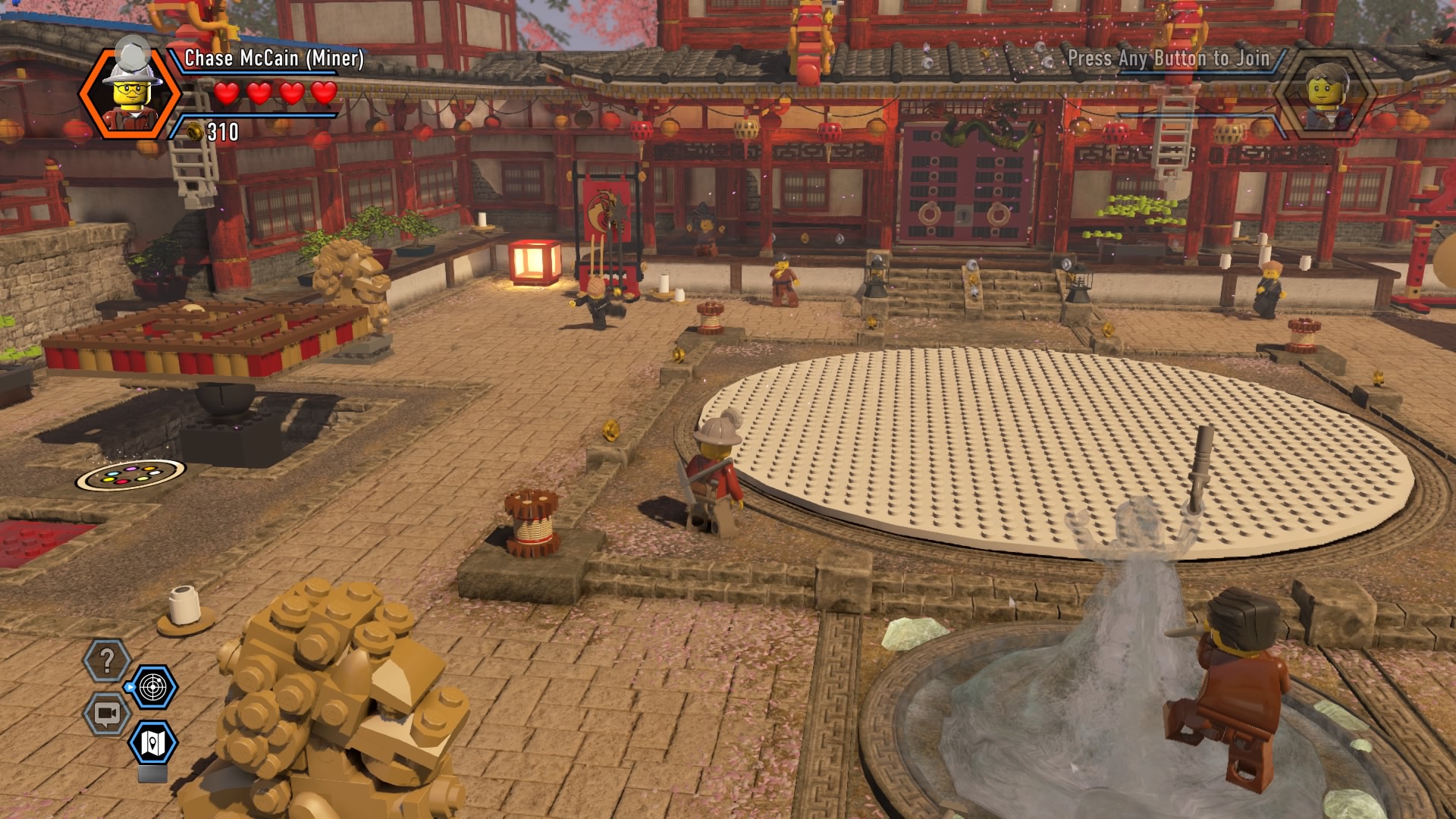 Right as you enter, you’ll be confronted with a giant Super Build. Chase needs 40,000 bricks. Let’s get searching

10k Super Brick #1: Complete the mini-game to the left of the ice sculpture. You’ll need to tilt the board and navigate the orange ball to the exit. With a little careful movement, drop the ball into place and collect the firework from the compartment. Place the firework in the launcher (marked with an arrow) to get this 10k brick.

10k Super Brick #2: For another, smash the dragon statue to the right of the ice sculpture. Use Detective Scan to find another firework, then launch it at the green marker to make a second 10k brick appear.

10k Super Brick #3: After launching the second (green) firework, collect the TNT with the Miner Disguise and place it in the barrel at the green pointer. That lowers the third pole, allowing Chase to jump up onto the wall on the right. Do that, then use the Grapple Gun on the hook point to lower the ladder. Climb up, go left, and punch both dragon statues on the rooftops. One is holding a lantern that floats up – use the Grapple Gun again to reach the third floor. On the third floor, use the handle by the dragon head to light a torch. Take the torch left and light both lanterns to get another fireworks – you know what to do now! Place the firework to get a 10k brick.

10k Super Brick #4: To get the last firework, go back up to the third floor and gab another torch. Light the fuses in the right tower to reveal the yellow firework. Launch it to get one more 10k Super Brick – that equals 40,000!

Complete the Super Build to get the key and leave this area. 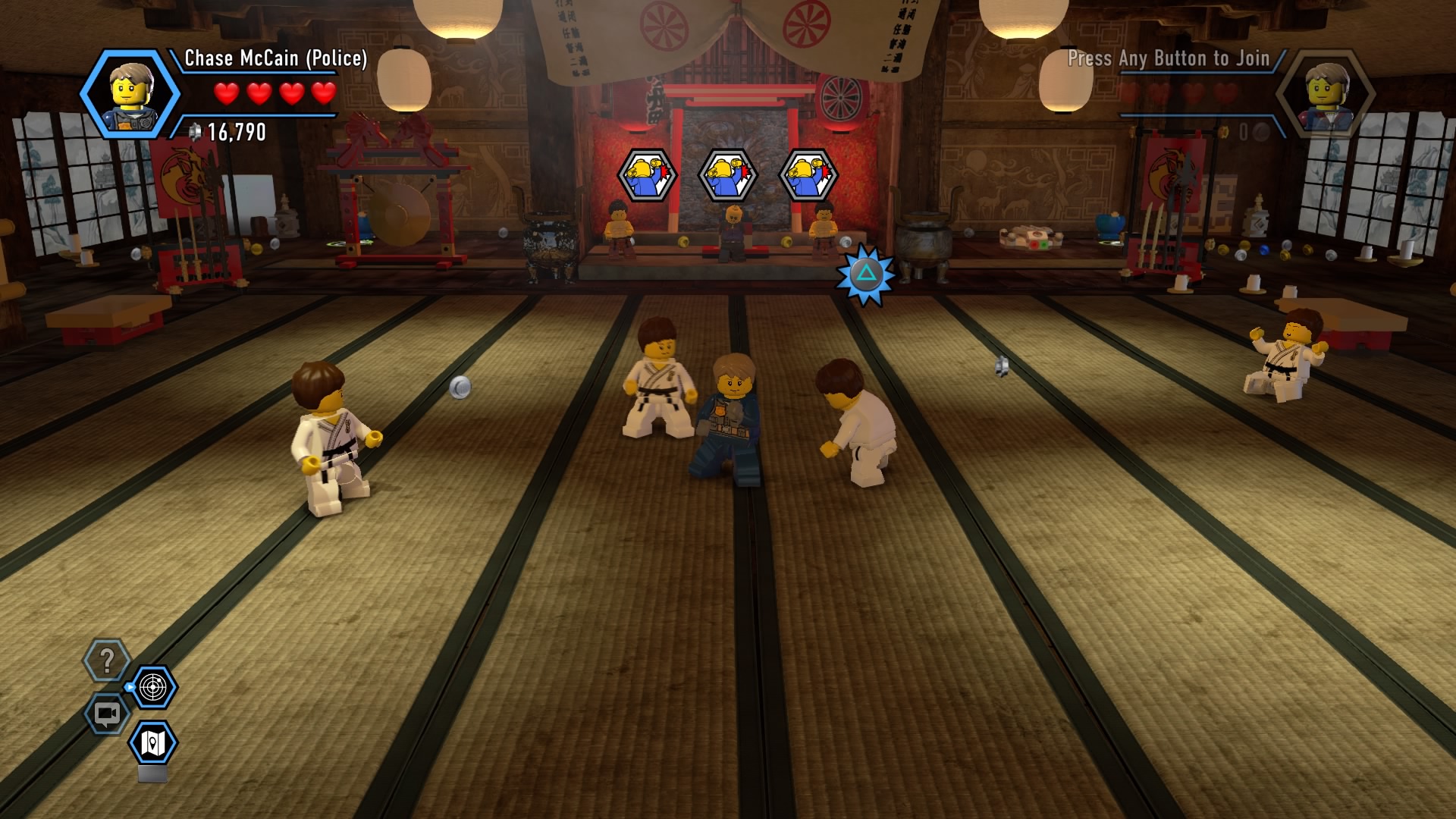 Inside the dojo proper, go to the back of the room and grab the stick. Use it to ring the gong and Barry Smith will teach you kung fu. Whoa…

After the cutscene, you’ll put your skills to the test. First, use the attack button [Square / X] to throw three sparring partners. Then you’ll need to counter. Press [Triangle / Y] when the button prompt appears over an enemy’s head to counter and stop their attacks from hurting Chase.

Next, you’ll learn a new move – throwing! Press [Circle / B] to grab an enemy. Then use the attack button (holding it down) to bring up a target. Use it to throw one enemy into another. Complete the challenge three times and you’re on your way.

To complete your training, counter / throw / grab all the enemies that appear. Once the challenge is over, you’ll complete the level. 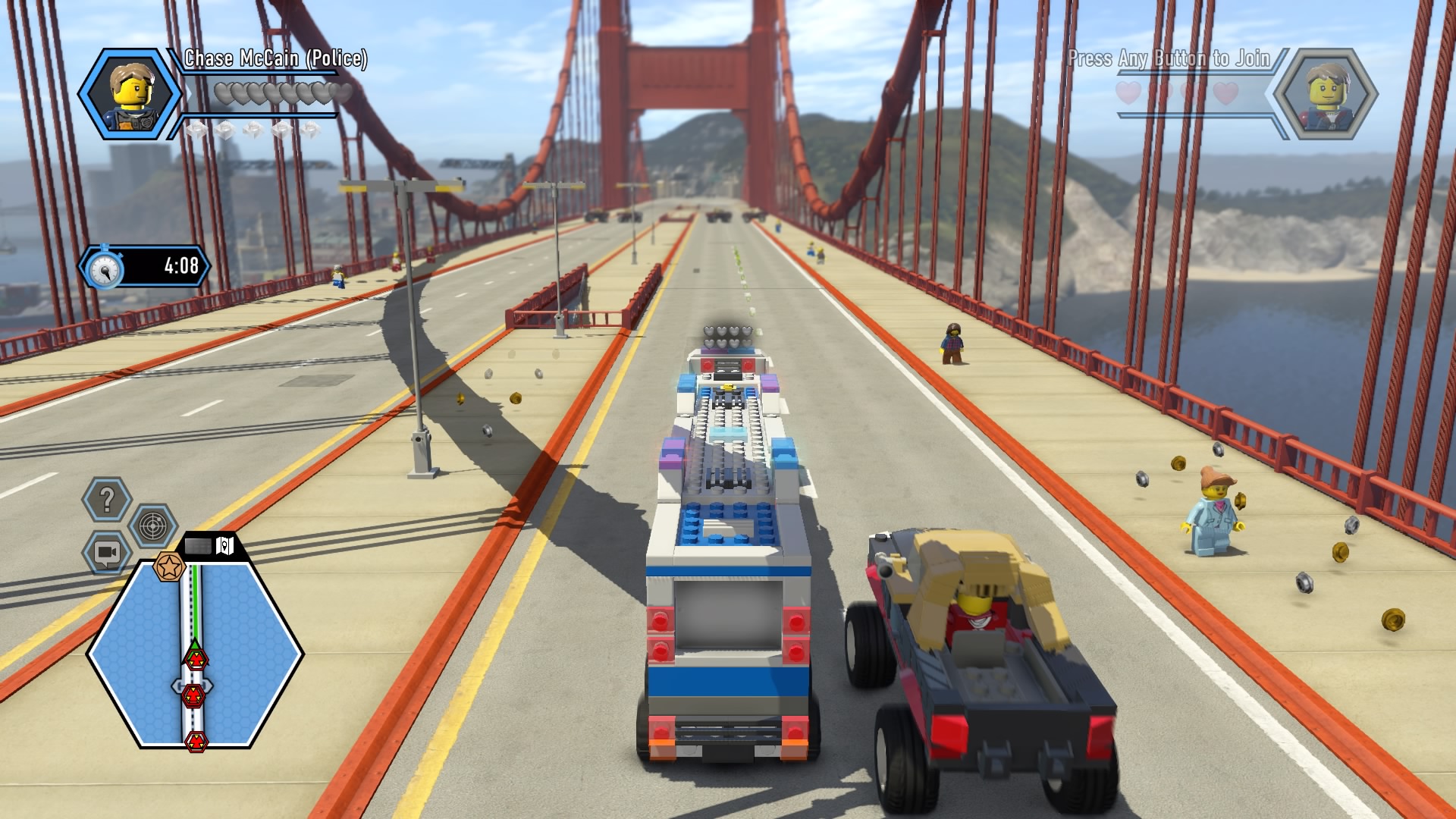 The problems never stop. Frank Honey’s new police truck has been hijacked, and it’s up to Chase to rescue the poor guy. Follow the sat nav studs to Crabby Cove in Fort Meadows to get the truck back.

Down on the beach, arrest the gang members (both waves) and Chase will hop into the experimental truck. It’s pretty tough – there are eight hearts! – but don’t let it get destroyed! Stay on the road and use the truck’s weight to push any incoming criminals off the street.

On the bridge, plow straight through the gang roadblock. When you get close enough to the Police Station, the bad guys will back off. Don’t crash or you’ll have to restart the whole mission.