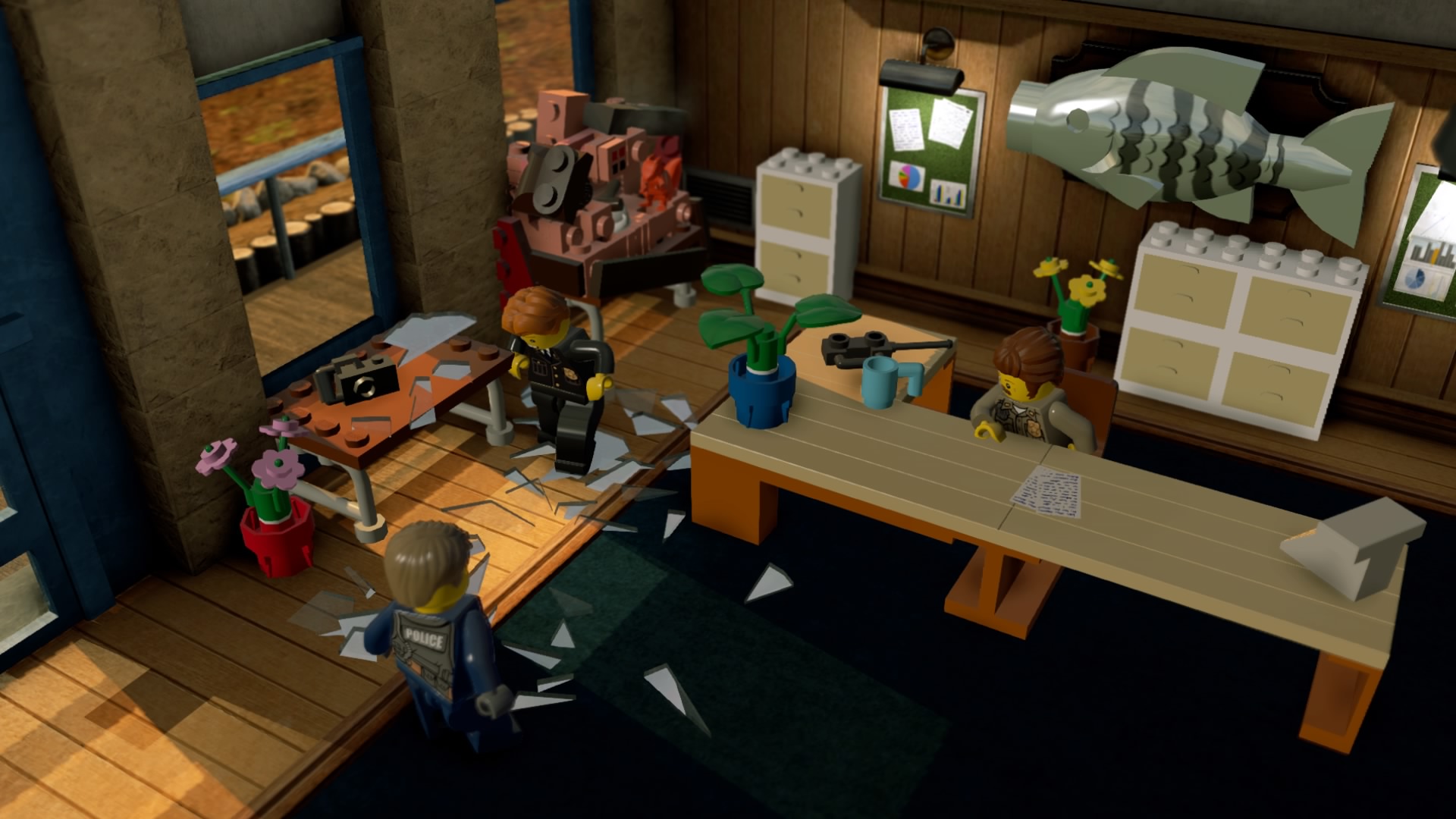 Enjoy a farming interlude in Chapter 9 of LEGO City: Undercover. This section of the complete walkthrough is all about hunting swine — and unlocking the Farmer Disguise.

Once again, Chase (and the player) find themselves stuck in a chapter without a Special Assignment. This is one of the shortest sections of the game yet, and you’ll only have one short task to complete — hunt down and collect three missing pigs for Farmer Hayes. Atleast you’ll get a new disguise, one with a surprisingly useful gliding ability.

Instead of continuing the Rex Fury investigation, Chase is sent down to Bluebell National Park to help out Sheriff Huckleberry. As it turns out, Farmer Hayes has a bunch of missing pigs. Yeah, that doesn’t sound very important.

Unruly pigs are loose down at the farm. Sadly, they’re mountain pigs, so they’re all over the place – on rooftops. To get started, build the hopping blue bricks near Jethro’s tractor. It needs some fuel, so use the Detective Scan and follow the footprints to get the oil can. Fill up the tractor and plow the field to find the garage door key.

On the field, you only need to drive over the four patches of corn stalks. When all four LEGO corn clusters are plowed, you’ll get your key. It’ll appear over the last plowed corn. Grab it and use it to open the locked garage door. Inside, open the locker to get the Farmer Disguise. 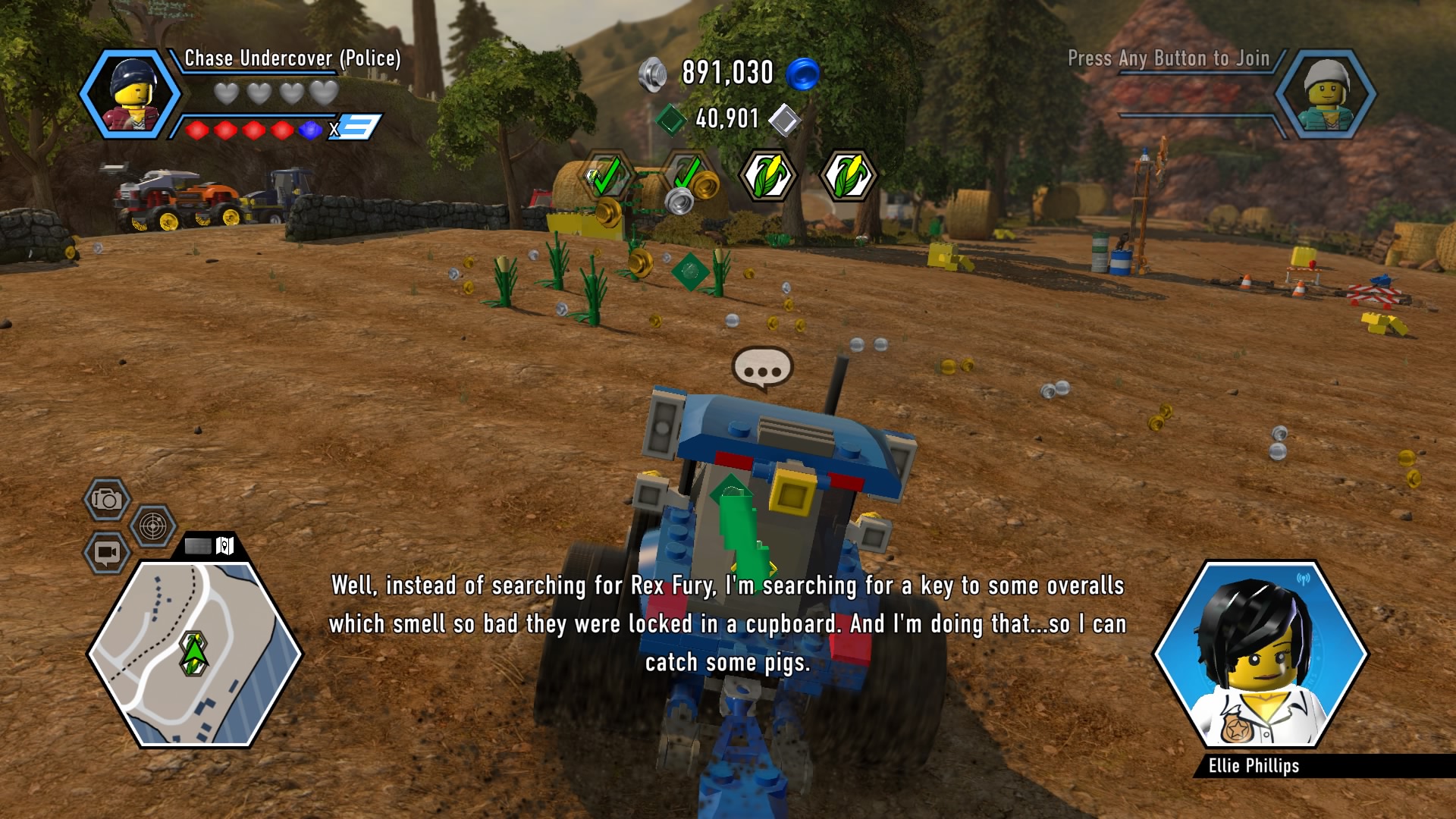 Across the second Super Chicken glide, water the red potted plant and climb up to find the Audio Scan marker. Use it to tune in and hear the pig! Move right to the third Super Chicken to reach the stable rooftop. Ride the pig back to the enclosure to collect it. There’s still two more to go. 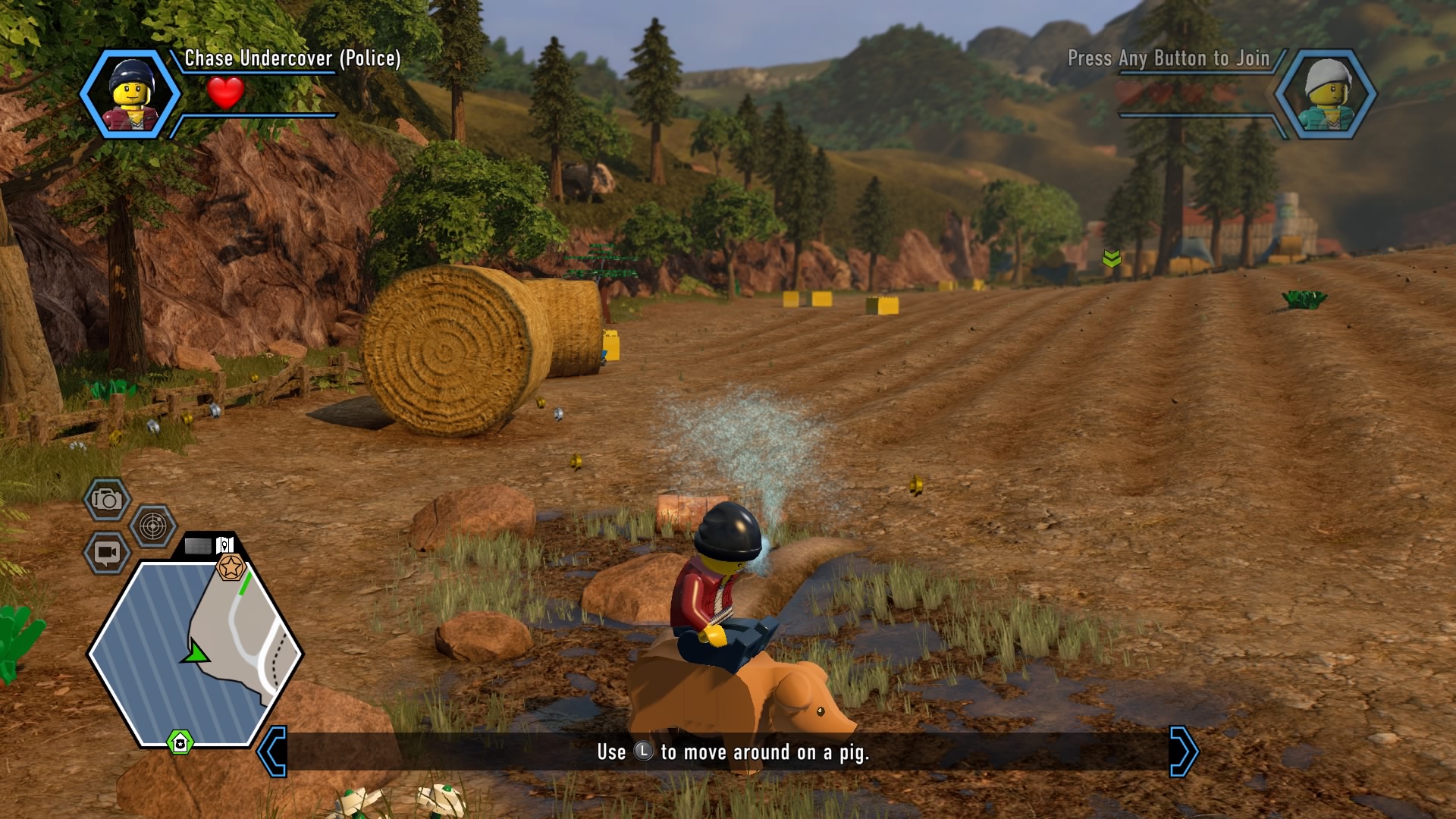 Pig #2: Cross the field to the green waypoint where there’s another Audio Scan marker on the hay bails. The pig is down by the mud on the edge of the farmer’s land. Too bad this piggy is asleep – use the Detective Scan. Find the valve, place it on the pipe, and turn it to wake the pig up! Now you can ride it home.

Pig #3: The last pig isn’t even on the farm. Frank Honey is up by the castle in search of the last oinker. Follow the Nav Studs to the castle courtyard to meet up with Frank. You’ll need a car to jump the gap and reach the castle!

Water the red LEGO pot with the Farmer Disguise to create a grassy vine LEGO wall. Climb up onto the castle and complete the Free Run obstacle course. On the rooftop, you’ll find the pig… but a sleeping pig isn’t coming home. You’ll need a banana and an apple to wake this pig up. 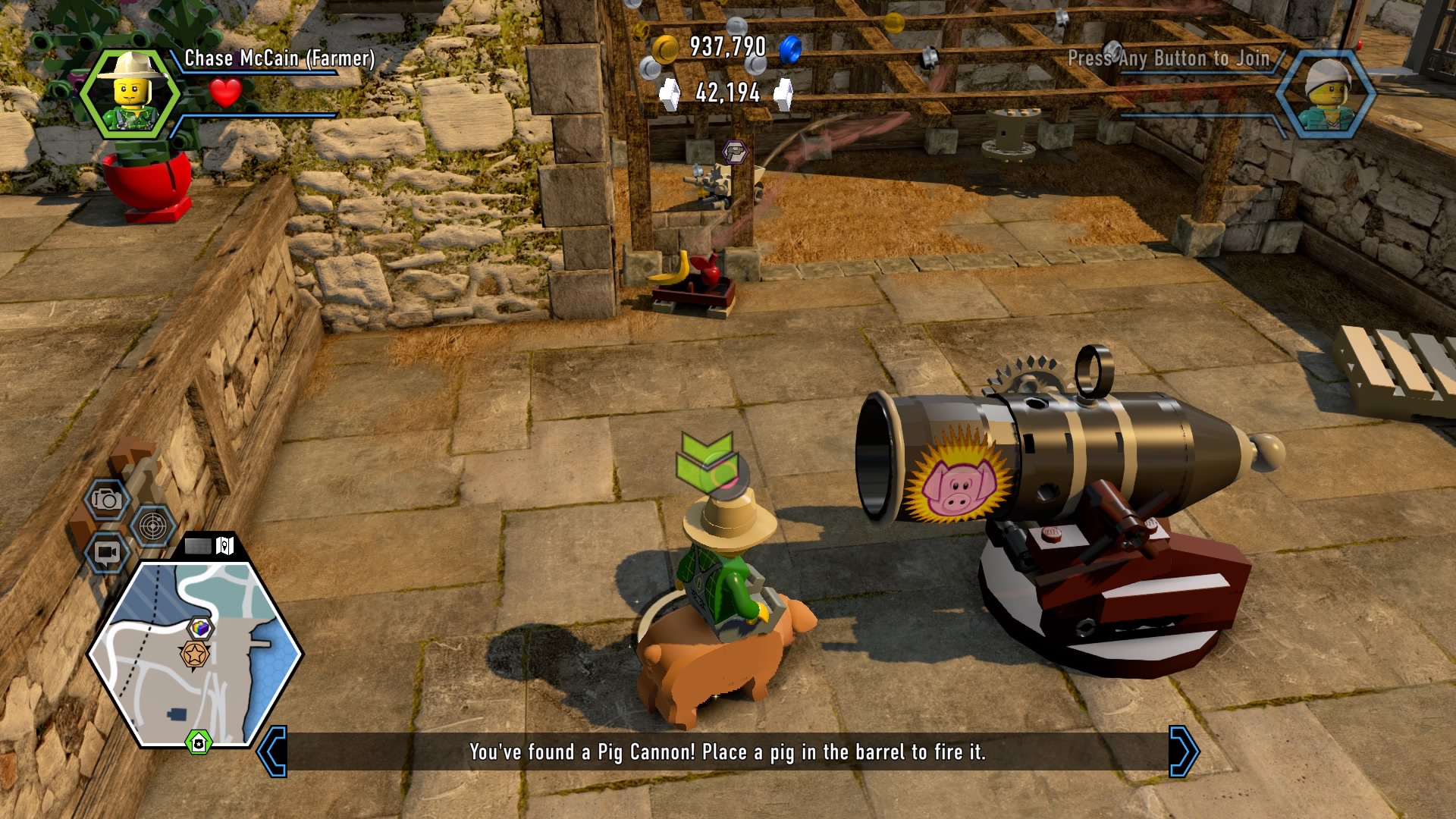 Banana: Use the red LEGO pot on the rooftop (Farmer Disguise) – at the top of the tower, you’ll find a Super Chicken glide marker. Glide across to the tunnel entrance roof. Water the mound of LEGO dirt to get your banana. Take it and use the Teleport Pad (Astronaut Disguise) to return to the castle roof.

Apple: Back on the roof, crack open the opposite door with the crowbar marker (Robber Disguise) and water the dirt to get an easy apple.

Drop the apple and banana into the wooden trough to wake up the pig. Now you can ride it to the cannon in the center. Drop the pig into the cannon and launch with the Farmer Disguise. That’s all three pigs!