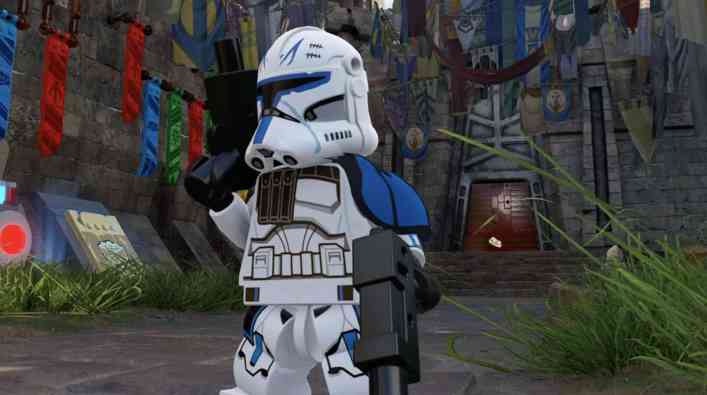 Lego Star Wars: The Skywalker Saga is getting a host of new character packs in DLC that include iconic characters like Rex, Cassian Andor, and Reva, as revealed during the Disney & Marvel Games Showcase 2022. The DLC content seems limited to bringing on additional characters to play as, but the reveal teased solid additions all around. A total of 13 character packs will be available as part of a Lego Star Wars: The Skywalker Saga Galactic Edition when it launches November 1. Six of those packs will be completely new, but it was not made immediately clear whether those packs can be purchased individually or not. It’s also currently unclear how much the Galactic Edition will cost.

With the launch set to arrive in just a few months, we surely won’t have to wait long to hear more about what Lego-ized characters we can expect to play as. Until then, you can watch the reveal cued up to the right moment below.

Lego Star Wars: The Skywalker Saga offered a buildable collection of Star Wars stories on PC, Nintendo Switch, PlayStation 4, PlayStation 5, Xbox One, and Xbox Series X | S in April of this year. Since its release, developer TT Games has offered a number of character packs, giving players access to newer heroes like The Mandalorian and Greef Karga as well as classic variants of already available characters like Luke, Leia, Han, and Darth Vader. The upcoming character packs will allow players to relive their favorite Star Wars moments in the shoes of new heroes, so stay tuned for more information on Lego Star Wars: The Skywalker Saga Galactic Edition.