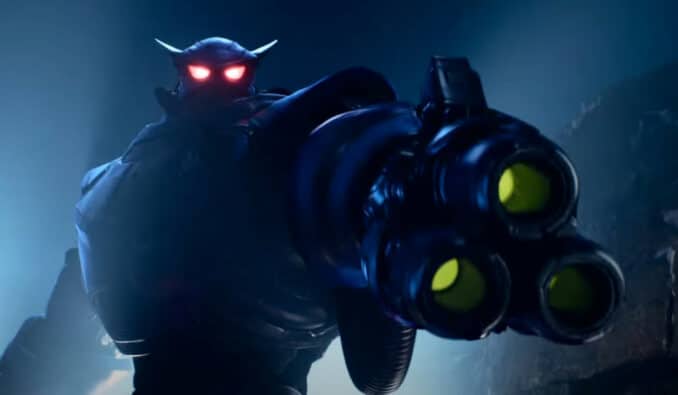 Disney and Pixar’s full, official Lightyear trailer gives us more Chris Evans, a talking cat robot, and a much more menacing Emperor Zurg. It continues to look like a film no one expected but that now everyone wants to see, with its undeniable Pixar feeling and more mature tone. Buzz even gets to use his trademark wrist laser against a giant robot army. The two-minute trailer gives us less than a second of clear Zurg footage, but there will almost certainly be more to look forward to before the spinoff releases June 17, 2022. See more story in the tense new Lightyear trailer below.

For those who haven’t been able to keep up with the latest Lightyear news, the Toy Story spinoff takes place in the same universe as Pixar’s original toy-centric animated feature, giving us our first good look at the hero who inspired Andy’s favorite space ranger figure. It’s clearly a more serious look at the talking-toy universe, and to help communicate that idea, Disney is bringing in composer Michael Giacchino to create its score, who has worked on The Batman and several other Pixar films.

Evans is voicing Buzz this time around instead of the usual Tim Allen, a decision Lightyear director Angus MacLane clarified when speaking with Collider: “I wanted the film to have like a gravitas to it and a seriousness to it, but also have an actor who could bring comedy with that seriousness. He was really the first and only choice.”

Stay tuned for more on Lightyear as we look forward to its summer premiere.