2015 was one of the best years for video games in recent memory. Between the announcements and the actual releases, I spent a significant portion of the year giddy with excitement. I’ve been moved to laughter, tears, and tears of laughter. I’ve watched warriors rise up as empires fell. I’ve met heroes, villains, and those grey characters that dance between. I’ve fallen in love with new characters, reconnected with old characters, and have built some characters from the ground up. I’ve watched games honor nostalgia while others boldly redefined it. My favorite five will include those that had the most profound impact on me personally, as a gamer and as a human being.

I was 11 years old when The Legend of Zelda: Ocarina of Time released. It was indisputably the most memorable experience I have ever had with a video game, and carried that flag unchallenged for many years. It was a game that I firmly believed not only would never be outdone, but would make every other game after feel hollow. While I have fallen in love with many video games since Ocarina, it wasn’t until this year that another game made me feel the wonder that 11 year old me felt in 1998 Hyrule.

I purchased The Witcher 3: Wild Hunt about one month after it released, and was in love before I even started playing – developer CD Projekt Red had included a “thank you” card, and it felt like one of the most sincere and intimate expressions of gratitude, despite the fact that they didn’t personally know me. When playing, that feeling of being truly appreciated remained. The Witcher 3 was massive, and an obvious labor of love. Based on the size of the game, I had expected a significant amount of repetition in the environment. That was not the case: Every new area felt fresh, and there was no empty travel, only more secrets to uncover and areas to explore. The music transported me into each environment, and the narrative was so well executed that I felt like I was a part of the game, instead of just playing it. The Witcher 3 was, and will always be, one of the most pivotal and meaningful gaming experiences I have ever had.

As a huge fan of the Fallout franchise, the announcement of a 2015 release for Fallout 4 itself may have been one of my happiest gaming moments of the year. Bethesda spared no expense hyping the game for months prior to its release, introducing everything from a limited edition Loot Crate (yes, I got it) to Fallout themed beer (got that, too). At some point leading up to the game’s release, I began to worry that the hype was doing more harm than good. I was concerned that, maybe, I was getting myself too excited, and would end up sorely disappointed in the end product.

Luckily, when Fallout 4 finally released, it was everything I was expecting and more. The game is far from perfect, with glitches and bugs present throughout. However, Fallout 4‘s strengths far outweighed its weaknesses for me. The bare bones of the story could have been extremely disappointing, but everything leading up to the game’s finale – particularly, the relationships that I had formed with many of my companions – made for a surprisingly profound and emotional experience. I felt guilt, I felt doubt, and I felt a bit heartbroken. Most importantly, I felt legitimately satisfied.

3. Backward Compatibility for Xbox One 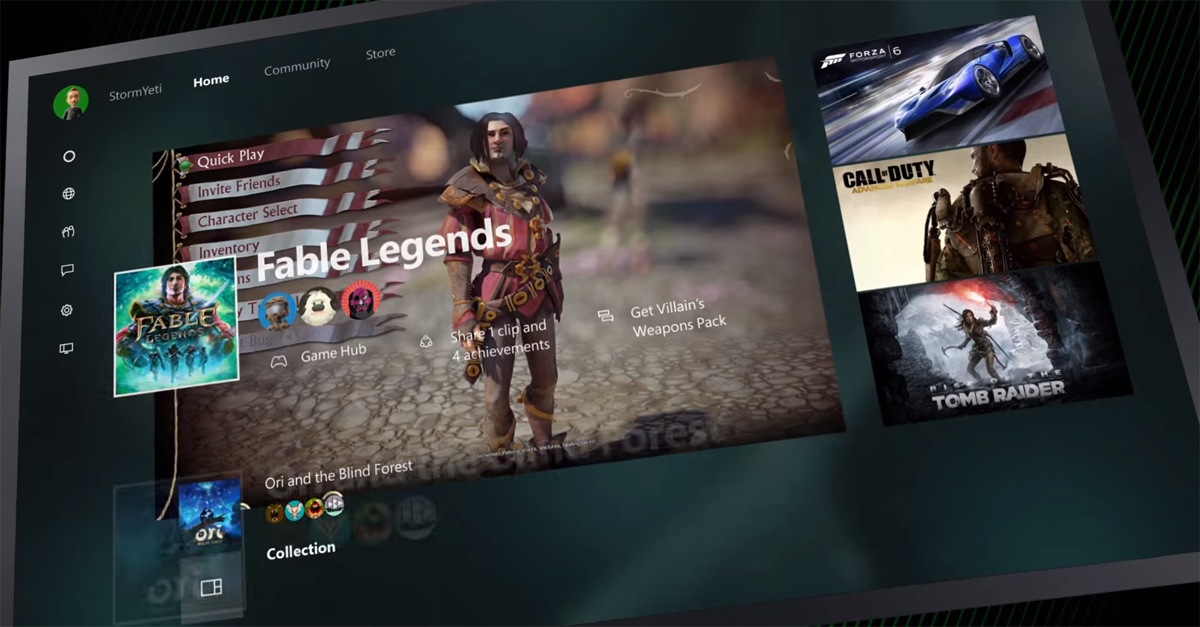 After some serious soul searching, I ended up making the leap to Xbox One first in the current console generation. It wasn’t an easy decision, and it was one I second guessed quite regularly. The console carried an asterisk from the time of its reveal, with Microsoft pitching the system as one that would require regular online check-ins, harsh limits on used games, mandatory Kinect, and a price tag $100 greater than the PlayStation 4. While these issues were resolved prior to launch, I had a significant amount of doubt about how consumer-friendly the Xbox One would actually be. However, as someone who had invested in Xbox since its introduction, I decided to give it a chance. In June, that decision paid off.

At E3 this year, Microsoft announced that Backward Compatibility was being introduced on the Xbox One, allowing me to play some of my favorite Xbox 360 games on the new system. When the first batch of games was released, my first order of business was to pop in Rainbow Six Vegas 2. 12 hours later the sun was coming up, and I was more confident than ever in my decision to give my money to Microsoft. The company’s former Head of Interactive Entertainment Business, Don Mattrick, had previously stated that Xbox One would never have Backward Compatibility, so it was a true surprise when the feature was revealed. For the first time since the console was revealed, I felt legitimately appreciated.

Indie game developers have the sort of power that most AAA companies can only dream of possessing. The power to step outside the box, to go against the grain, and to create what they want based exclusively on their own desires. The power of freedom. Often, you will see indie developers insert retro gaming elements into their titles – playing on the nostalgia of many gamers who yearn for the days of old while still giving them a fresh new experience.

My favorite indie gaming experience of 2015 was Broforce from Free Lives. Broforce is a seamless combination of humor, parody, planning, and old-school controller-chucking difficulty, wrapped up in an American flag that is dripping with testosterone. No individual component of Broforce is particularly unique or revolutionary; however, the fluid way in which all of the separate parts work together has made it into a masterpiece. It is a parody of old-school action movies and the heroes that dominated them, and it was a brilliant experience. I laughed, I cried, and I had a nice day.

“Don’t put in the bloody code!”

I’ll never forget hearing my mother yell that from upstairs. My brother and I were playing the original Mortal Kombat on Sega Genesis and, if you remember, there was a special code that you could enter in order to have on-screen blood. I’ll also never forget the fact that we never listened to her. Of course we were going to put in “the bloody code.” Why wouldn’t we?

Even though my brothers and I are adults (sort of) now, every new Mortal Kombat release brings us together, and Mortal Kombat X was no different. The franchise has changed dramatically over the years: The blood and all of the glorious gory violence that accompanies it is standard for the game, no code required. The franchise has somehow managed to stay fresh, and the fatalities, brutalities, and X-Ray moves had us reacting quite similarly to how we felt the first time we finished the Pit stage in the first installment.

Aside from the excellent player-versus-player fights, one of the most surprising parts of Mortal Kombat X, to me, was how detailed and cohesive the story mode felt. It is hands down one of the best I’ve seen in a fighting game. Considering my solo Mortal Kombat experiences have typically focused more on Towers than anything else, it was refreshing to have such a robust story to look forward to when I wasn’t kicking my brothers’ asses.