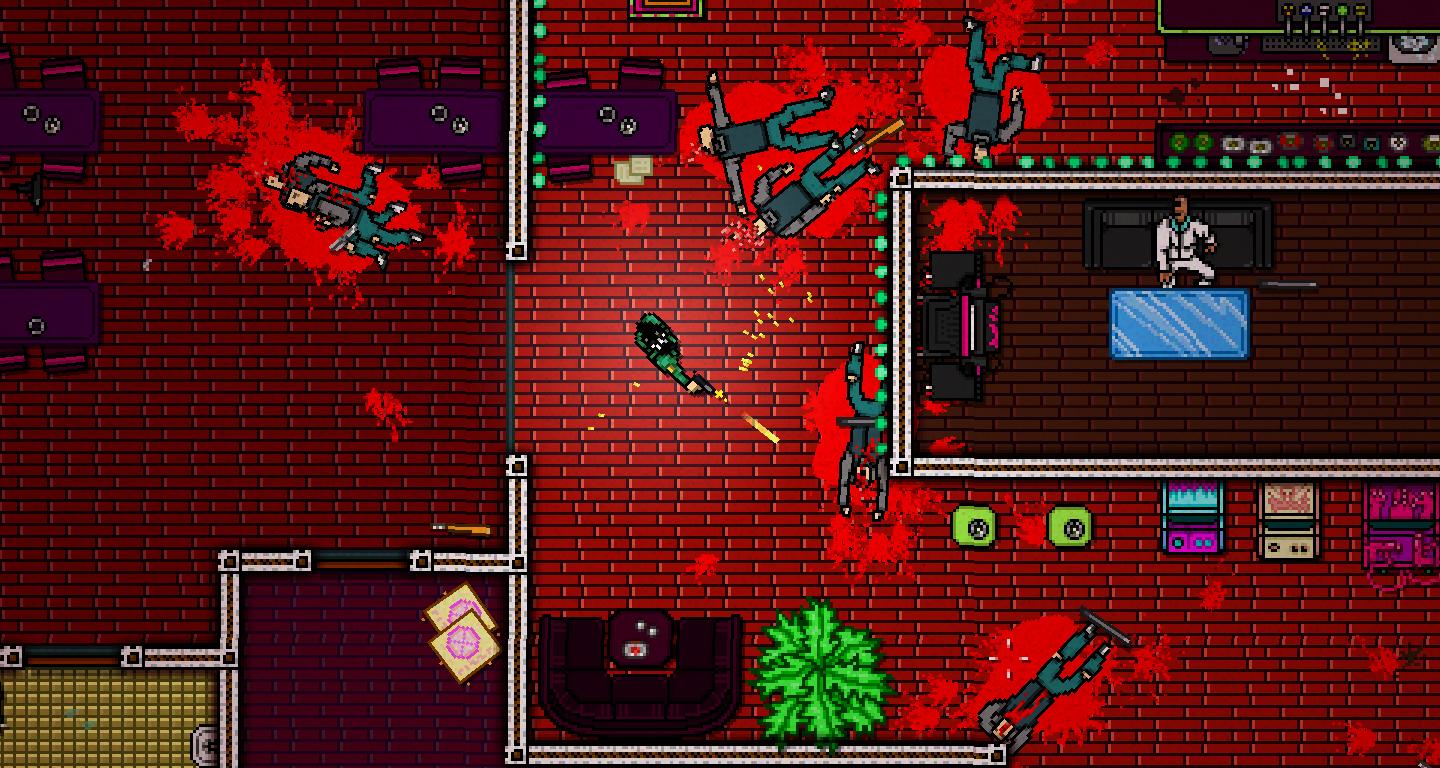 Take one step closer to deciphering the convoluted series of events in Hotline Miami 2: Wrong Number with all ten collectible newspaper locations.

Following the strange events of Hotline Miami, violent masked vigilantes have multiplied at an alarming rate. Instead of focusing (mostly) on a single protagonist, you’ll switch between cops, writers, and multiple crazed killers as they try to decipher a bizarre series of events. Basically — the plot is hard to follow.

That’s where newspapers come in. Using these handy expository collectibles, players can piece together certain aspects of the narrative while earning the “Extra, Extra, Read All About It!” trophy. Don’t miss these locations with our full guide.

Find even more extras on our Hotline Miami 2 Easter Eggs and Secrets Guide.

Note: Newspaper collectibles are only found during the pre-combat or post-combat sections of scenes listed below.

Newspaper #1: Scene 2 (Intro) – In the second scene, your character starts in a bathroom washing his hands. The newspaper is to the right of the sink between you and the toilet.

Newspaper #2: Scene 6 (Intro) – After the dialogue, look in the lower-right corner of the alcove where the fans in masks are hanging out.

Newspaper #3: Scene 7 (Outro) – Once the combat section is complete in Scene 7, you’ll arrive at a house. Go upstairs and head right past the bathroom into a room with black seating. The newspaper is on the end of a black table against the right wall of the house.

Newspaper #4: Scene 10 (Intro) – Enter the bar and look on the lower section of the counter. The newspaper is hard to miss going inside, you should pass right by it.

Newspaper #5: Scene 11 (Intro) – Switching to the girl in the bathroom, enter the kitchen and look on the counter to the left of the refrigerator. Don’t forget to grab the collectible before answering the door.

Newspaper #6: Scene 13 (Intro) – When you’re in control, leave your room and head left. There’s a desk just south of the bathroom with the collectible newspaper.

Newspaper #7: Scene 17 (Intro) – Leave the office and check the round dining room table just south to grab your paper.

Newspaper #8: Scene 20 (Intro) – This clip is found on the mattress in the bedroom. It’s on the lower edge, beneath a bunch more clippings.

Newspaper #9: Scene 22 (Intro) – Once you’re in control, head south and enter the office with the black desk. That’s where you’ll find the newspaper in the intro.

Newspaper #10: Scene 22 (Outro) – Completing the action sequence leads to a character switch. Leaving the scene of the crime, you’ll take your car to another location. At the second location, ride the elevator up and grab the newspaper from the kitchen counter.

Extra, Extra, Read All About It! (Silver):
Get the big picture.