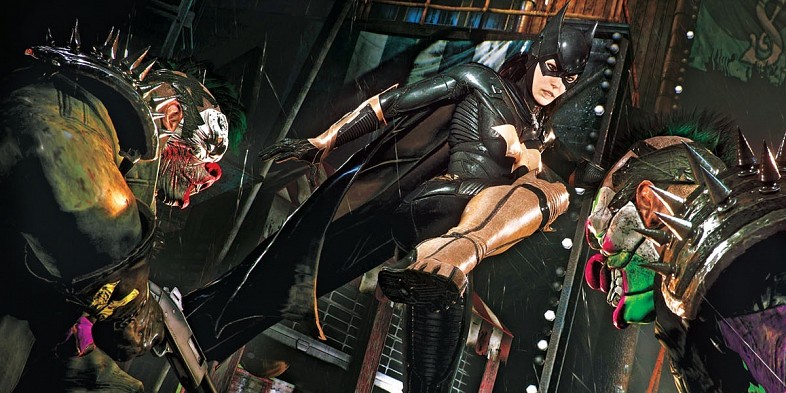 Go hunting for these elusive Jack-in-the-Box collectibles hidden in Arkham Knight’s Batgirl DLC with these locations.

Solve ever puzzle in Seagate Park with our Arkham Knight: Batgirl DLC ‘All Snug in Their Beds’ Trophy Guide, with pictures and how-to instructions to track down five secret audio logs.

There are five Harley boxes found in the theme park. To collect, approach the box and press [A / Cross] to interact.

These collectibles cannot be missed. After completing the DLC story, Batgirl can fully explore the area in freeroam. Use Detective Vision to help spot the boxes.

Note: Balloons are the easiest collectible to uncover alone. Use Detective Vision and survey the park from above to quickly spot them all. Every balloon is out in the open in the main park area. Target the balloons with a batarang or use quick-batarang to pop.

A Blade of Memory:
Destroy all Teeth, Balloons, and Jack-in-the-Boxes.