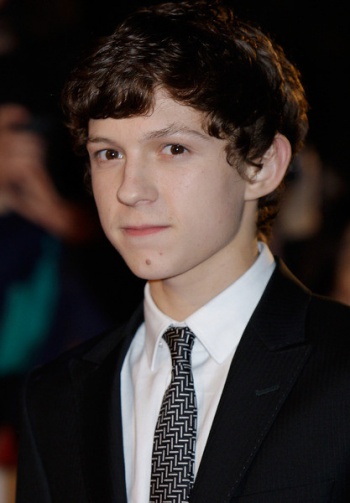 After months of anticipation, Marvel Studios and Sony Pictures have cast their shared Spider-Man star and director.

Last February, the dreams of many superhero fans finally came true – Spider-Man was joining the Marvel Cinematic Universe in a shared venture between Marvel Studios and Sony Pictures. But the biggest question, outside of which movie would introduce Peter Parker, is who would be the new Spider-Man? Now Marvel and Sony have revealed their star and a director for his upcoming film. Tom Holland will be the new Spider-Man while Jon Watts will direct the 2017 movie.

“It’s a big day here at Sony,” Sony Pictures Chairman Tom Rothman said. “Kevin [Feige], Amy [Pascal] and their teams have done an incredible job. The Marvel process is very thorough, and that’s why their results are so outstanding. I’m confident Spider-Man will be no exception. I’ve worked with a number of up-and-coming directors who have gone on to be superstars and believe that Jon is just such an outstanding talent.

“For Spidey himself, we saw many terrific young actors, but Tom’s screen tests were special. All in all, we are off to a roaring start.”

Marvel and Sony picked Holland thanks to his performances in The Impossible, Wolf Hall, and the upcoming In the Heart of the Sea. Watts, meanwhile, debuted his thriller Cop Car at the Sundance Film Festival after working on TV projects like The Fuzz and The Onion News Network.

Sony originally purchased the rights to Spider-Man film projects well before the Marvel Cinematic Universe began, producing a trilogy under Sam Raimi and two films under Mark Webb. But when those latter movies were poorly received, rumors immediately began swirling that the franchise would return to Marvel. Instead, Marvel and Sony will share the line – Sony will continue to produce Spider-Man‘s standalone films, but the character will make appearances in the Marvel Cinematic Universe.

Neither Holland and Watts are relative newcomers to the industry, but promising ones. Watts in particular could be very interesting with credits that feature comedy and action work, key elements for any Spider-Man project. For most Marvel fans, the real question is how Holland will mesh with the rest of the Avengers – something that could be teased as early as next year.

What do you think of the new Spider-Man star and director?

On Being Deliberately Offensive

Dear Microsoft: So You Want to Support PC Gaming Again?