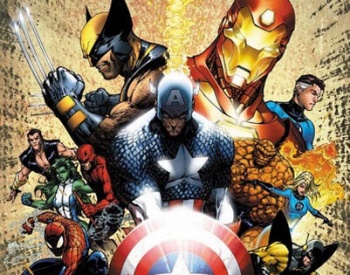 It may be years away, but Marvel Studios President Kevin Feige seems to have the Avengers movie all figured out.

The Avengers movie may not be scheduled to even begin filming for another couple of years, but Kevin Feige, President of Marvel’s movie division Marvel Studios is clearly a man who likes to think ahead. In an interview with CBR, Feige talked about the studio’s plans for the 2012 movie.

We’ve already seen some cross-pollination between the movies, and that trend will continue, with Samuel L Jackson’s Nicky Fury continuing to pop up all over the place. Fiege also said that Scarlett Johannsen has signed on to appear in the Avengers movie and that the appearance of the Hulk was also pretty likely, although was unsure whether or not Edward Norton would return to play the character.

With a Thor Movie in production and a Captain America movie scheduled to start shooting in October, and with the appearance of Hawkeye in Iron Man 2, it sounds like the line-up for is pretty much sorted. If all the upcoming Marvel movies are even half as good as Iron Man was, the Avengers movie is going to be quite an event.