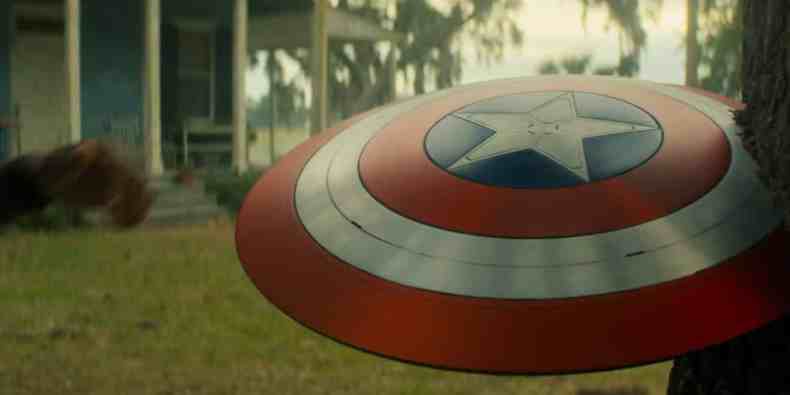 When the Marvel logo appeared, many people watching the Super Bowl probably thought it was another ad for Black Widow. However, when the shot of Captain America’s shield stuck in a tree popped up next, things got a lot more exciting. What followed was the below teaser for three of Marvel’s upcoming Disney+ shows: The Falcon and the Winter Soldier, WandaVision, and Loki.

This is our first official look at all three of these shows, and they all look drastically different. Granted, there isn’t much of a peak at Loki, but having Tom Hiddleston deliver one line should be enough to get everyone excited. We see the most of The Falcon and the Winter Soldier, which features Anthony Mackie and Sebastian Stan returning to their Marvel Cinematic Universe (MCU) roles. This one looks like the most straightforward of the three shows with plenty of action, shield-throwing, and even a bro handshake going on.

Meanwhile, WandaVision looks weird. The ad ticks through a strange collection of Elizabeth Olsen in different time periods seemingly living a happy sitcom life with Paul Bettany’s Vision. There isn’t much info on the plot of the series, but judging from these few clips, things are going to get weird.

The big push for the ad seems to be Disney+ emphasizing that this is definitely all part of the MCU. That’s something the streamer wants to reaffirm given how little previous MCU TV efforts have actually connected to the films. These shows will definitely tie into the overall Marvel storyline, and Disney+ wants people to know that.

What’s concerningly missing from this trailer is any mention of the Hawkeye TV show that sees Jeremy Renner return to the role. That’s not that odd since filming hasn’t even started yet and the series isn’t set to land until fall of 2021, but you would think they’d toss the logo up there just to have that added bump.