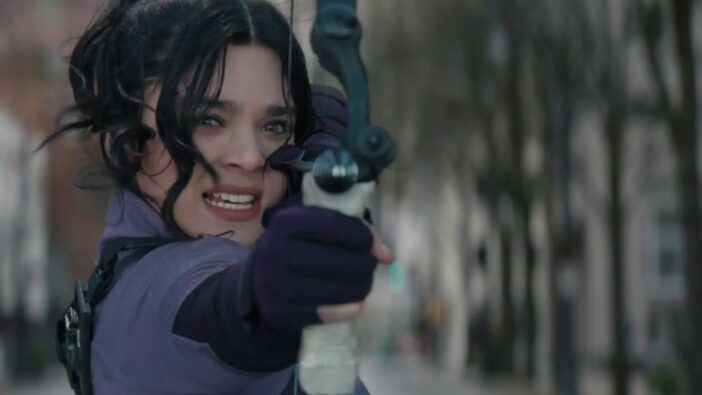 This article about the problem with Marvel Cinematic Universe (MCU) villain characters in streaming shows has spoilers for episode 5 of Hawkeye on Disney+.

One big recurring criticism of the Marvel Cinematic Universe (MCU) has been its so-called “villain problem.” With a handful of notable exceptions, many of the films suffer from generic or forgettable antagonists. The past year has seen the company pivot sharply towards television, with shows like WandaVision, The Falcon and the Winter Soldier, Loki, What If…?, and now Hawkeye. These shows haven’t quite inherited this classic “villain problem” but created a new one.

It has been interesting to watch the studio adjust its storytelling model to account for the differences between film and television as a medium. Allowing for the fact that these shows are on streaming — and therefore not beholden to conventions like broadcast standards or even predetermined time slots — the biggest challenge concerns the way that the storytelling is paced. Movies are released in one two-hour-plus chunk. Shows are carved out into weekly episodes.

Many streaming shows feel like poorly paced movies, a long film released in often arbitrary weekly installments. In the streaming (and binging) age, the art of constructing a self-contained episode of television has become a lot rarer. The Disney+ streaming shows have figured out one way of using the weekly-release episodic model to their advantage, but the shows seem primarily interested in the negative space between episodes rather than the episodes themselves.

Disney’s streaming model has capitalized on monetizing fandom obsessions. The company has created a sense of urgency around its releases by leaning on spoiler anxiety to drive engagement. It has also turned canon and continuity into a major advertising tool, selling the “importance” of these streaming shows into a way of driving subscriptions. The weekly episodes of these shows are often structured for maximum social media impact, their endings designed to fuel trending fan theories. 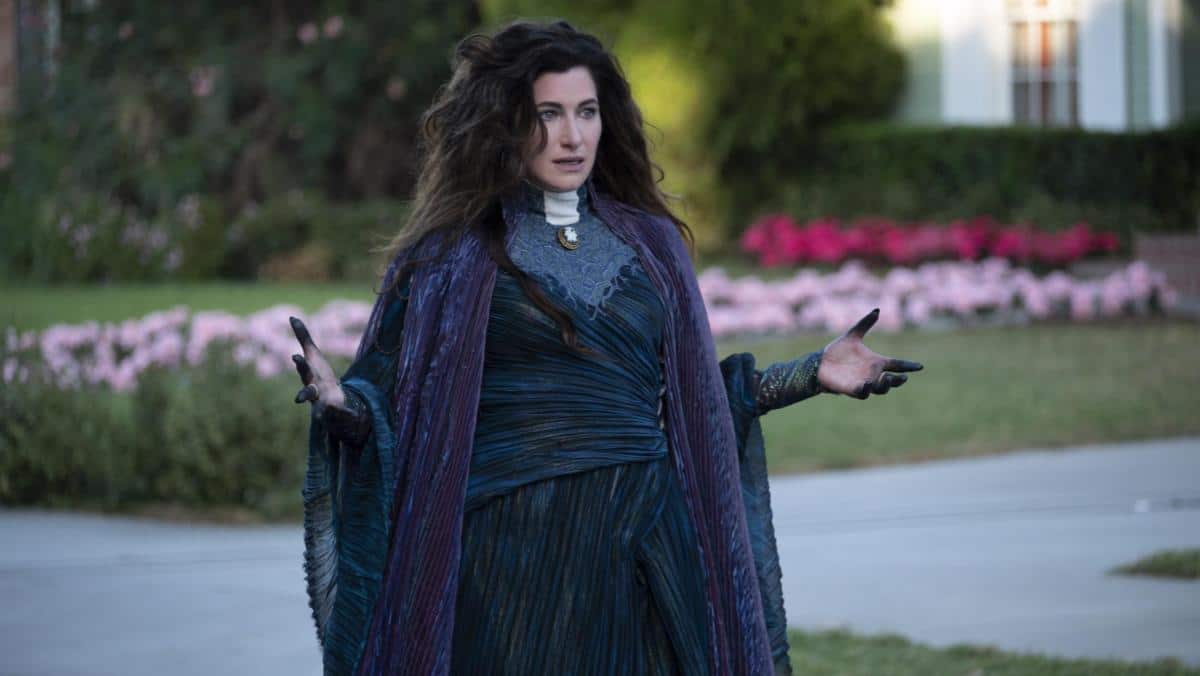 Often, these fan theories are built around the question of whether these shows will incorporate elements from other continuities into the larger framework of the MCU. Audiences are still waiting eagerly for comic book devil Mephisto to show up. During WandaVision, there was frequent speculation that the series would serve as a bridge to fold the Fox X-Men movies into continuity. A lot of Hawkeye speculation fixated on whether it would fold Netflix continuity into the MCU.

These sorts of rumors circulate about the blockbuster movies as well. There have been persistent suggestions that Spider-Man: No Way Home will feature the MCU debut of Matt Murdock (Charlie Cox) from the Netflix Daredevil series and that it will include appearances from both Tobey Maguire and Andrew Garfield from the two previous Sony live-action Spider-Man continuities. However, the movie will be released as a single two-hour-plus film. These characters will either be in it, or they won’t.

Structuring these sorts of reveals across a multi-episode television show has a much more significant impact on the storytelling. It is similar to the much-maligned “mystery box” approach that was popular on prime-time television following the success of Lost. It reduces narratives to guessing games. It reduces television shows to nothing but a plot-delivery mechanism and ignores the truism that (to paraphrase Roger Ebert) it’s less important what a story is about than how it is about it.

It also prioritizes surprise over internal cohesion. The writers on the second season of Westworld reportedly changed their plot to account for online fan theories. Chris Chibnall has stated he would have changed the identity of the killer on Broadchurch had the reveal “leaked” ahead of time. With these sorts of reveals, the priority is to catch the audience off guard. That’s a lot easier in a single two-hour-plus film than in a show that leaves week-long gaps for fan speculation. 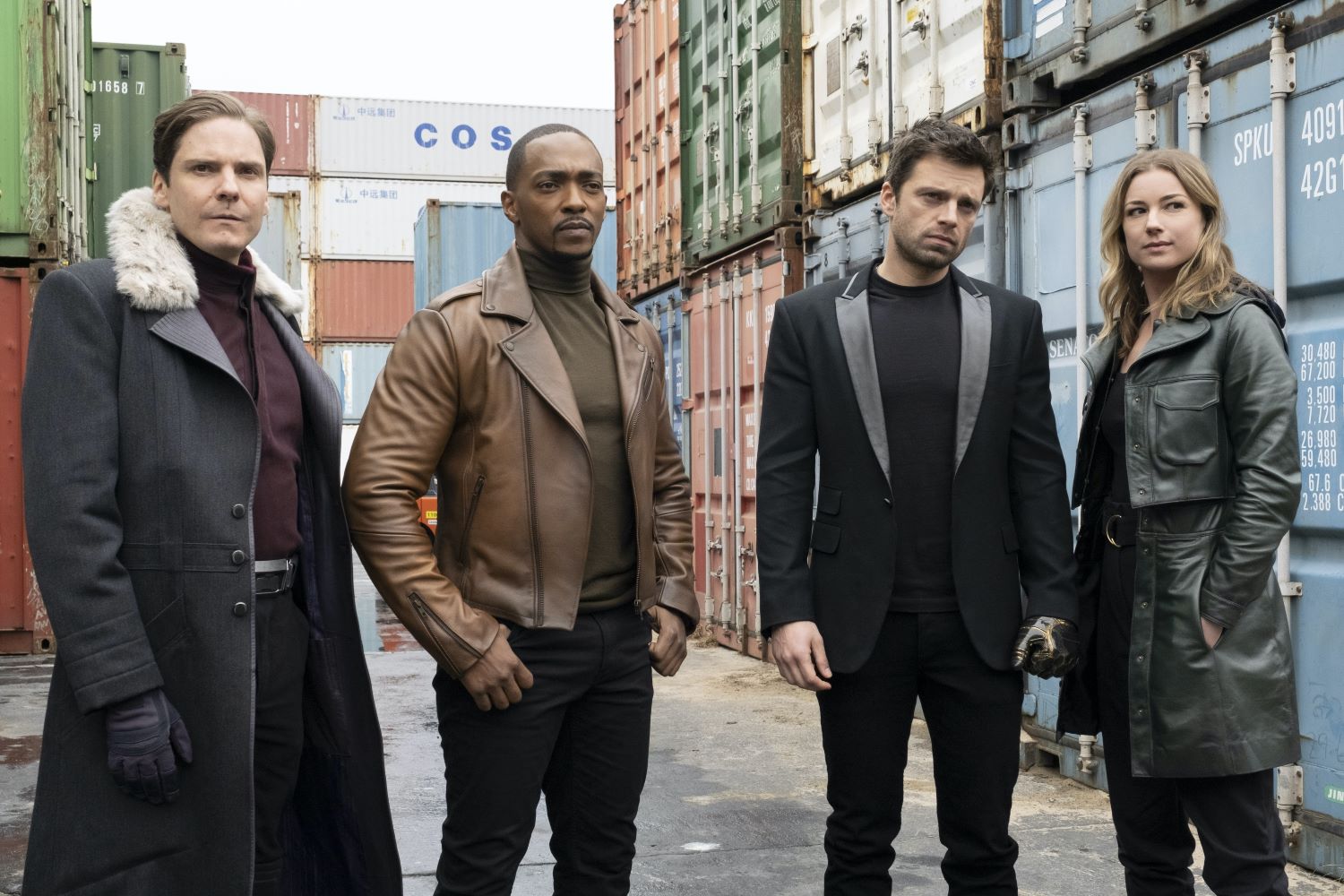 On the Disney+ streaming shows, these reveals are often built around the identity of the villain. Each of the four live-action shows has held back on the reveal of the antagonist until the final stretch of the season. This feels like a deliberate attempt to fuel speculation, asking audiences to figure out who or what is responsible for the events of the series in question. This approach makes sense for something like a murder mystery, but doesn’t work as well for five consecutive action series.

WandaVision waits until the seventh (of nine) episodes to reveal that it was Agatha Harkness (Kathryn Hahn) “all along.” The Falcon and the Winter Soldier waits until a post-credits scene to reveal that Sharon Carter (Emily VanCamp) is the mysterious “Power Broker” who is trading in super-soldier serum. The final episode of Loki reveals that the He Who Remains (Jonathan Majors) is a variant of classic Marvel Comics villain Kang the Conqueror (also Majors).

These are all “big deals” in terms of plot. Fans had been speculating feverishly about these reveals throughout the runs of the show. They all tease potentially interesting future developments. Hahn is returning for Agatha: House of Harkness. Carter seems likely to be a fixture of upcoming projects, with rumors linking VanCamp to shows like Moon Knight and Secret Invasion. Kang the Conqueror will appear as an antagonist in the upcoming Ant-Man and the Wasp: Quantumania.

However, the structuring of these reveals actively hurts the shows themselves. WandaVision uses the villainy of Agatha Harkness primarily as a get-out-of-jail-free card to downplay the horrors inflicted by designated hero Wanda Maximoff (Elizabeth Olsen) on the town of Westview. Agatha gets a brief origin scene at the start of the penultimate episode, but she is less of a compelling character and more of a combined piece of plot machinery and narrative sleight of hand. 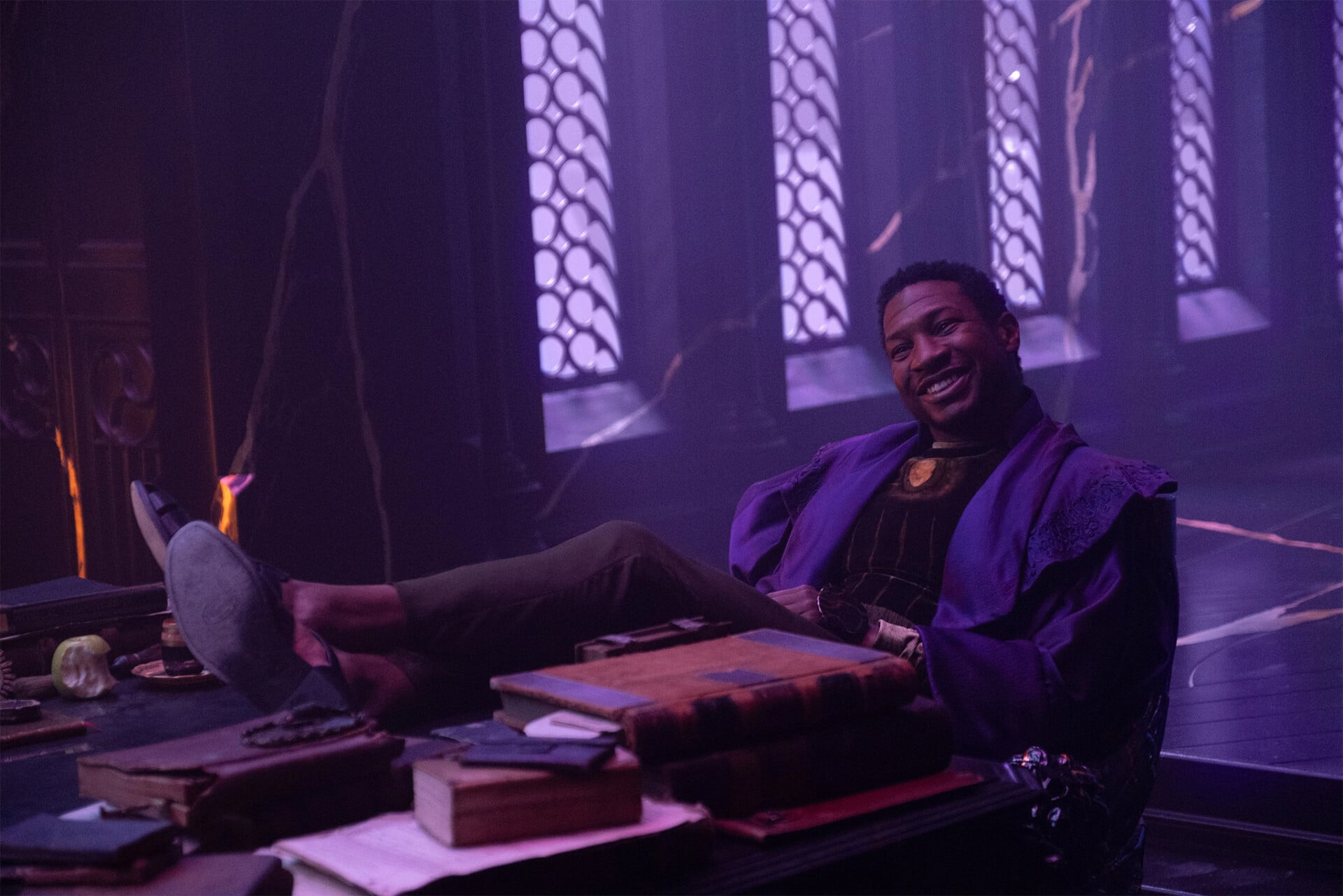 Similarly, The Falcon and the Winter Soldier is a show that lacks a clear antagonist. While turning Captain America: Civil War villain Helmut Zemo (Daniel Brühl) into an antihero allows the writers to do interesting things with the character, the show is never entirely sure how sympathetic it is to Karli Morgenthau (Erin Kellyman) and the Flag Smashers or how willing it is to condemn John Walker (Wyatt Russell). The Power Broker is the show’s clearest villain and spends most of it hidden.

Loki also suffers from this problem. Thematically, Loki is a show about how the eponymous character (Tom Hiddleston) is his own worst enemy, and one of the central tensions of the series involves his relationship to a variant known as Sylvie (Sophia Di Martino). Up until its final episode, Loki is the most thematically consistent and compelling of these streaming spin-off shows. Can Loki trust himself? Is Loki always destined to lose? Does Loki self-sabotage? There are compelling questions.

Loki spends much of the show trying to figure out the mysterious being who controls the Time Variance Authority and who has determined that aberrations need to be pruned from the timeline. In terms of Loki as a satisfying story, the central villain’s identity is obvious: Loki. Given that the show is about how Loki seems destined to lose over and over again, it seems to build to a reveal of what a “Loki Who Wins” might look like. Surely, he could only do so by ensuring that he always loses.

Instead, the final episode of Loki swerves to reveal that it was a variant of Kang the Conqueror all along. This hasn’t really been set up in the narrative outside of a few inside references for fans in the know, so no casual member of the viewing audience has any idea who Kang the Conqueror is. As a result, the season finale has to stop dead for an extended exposition dump from the villain explaining who he is and why the audience should care. 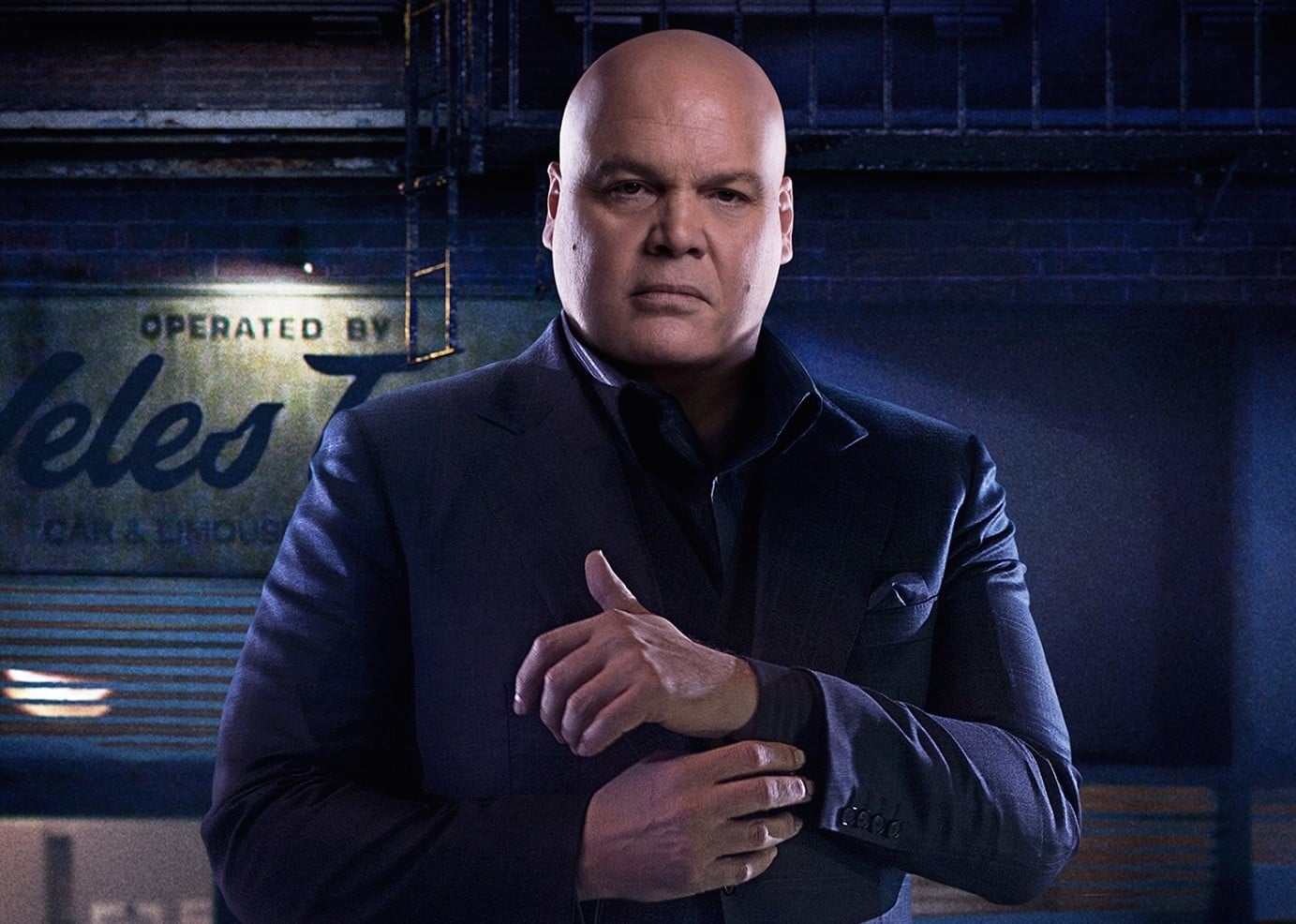 Much of the online speculation about Hawkeye has concerned the possibility that Vincent D’Onofrio would reprise his role as Wilson Fisk, the Kingpin, from the Netflix Daredevil show. This was teased with the introduction of a mysterious character identified as “Uncle” in the third episode, glimpsed only from the waist down. These rumors have been circulating since October 2020, and D’Onofrio has eagerly engaged with the show’s social media.

Like clockwork, the penultimate episode of the season ends with a picture of D’Onofrio and an acknowledgement that Fisk is the character that Clint Barton (Jeremy Renner) has been dreading all season. It’s a strategic reveal, literally holding off D’Onofrio until the last possible moment for maximum online impact, but it puts the story at a disadvantage. The finale not only has to wrap up Hawkeye, but reintroduce Fisk and explain his backstory with Barton.

It’s a persistent and frustrating problem with these shows, and it demonstrates a fundamental misunderstanding of the strengths of episodic television as a medium. The streaming shows are preoccupied with the cliffhanger aspect of the release model. Instead of understanding the potential to take advantage of greater space to develop these characters, it preserves them as cheap surprises hidden at the bottom of a mystery box.

The Marvel Netflix shows certainly have their weaknesses, but they also featured several of the company’s best live-action villains. Daredevil and Jessica Jones did wait until about a third of the way through their first seasons to properly introduce villains like Fisk and Kilgrave (David Tennant), but they still devoted entire episodes to explaining and anchoring these bad guys. Cornell Stokes (Mahershala Ali) dominates the early stretch of Luke Cage, and the show is the better for it.

The central appeal of extending these properties across multiple episodes should be the opportunity to devote more space to things like character and theme, to really build the detail and the texture of these stories in compelling ways. For a company that has long had trouble developing compelling antagonists, this format should offer an easy solution: build an episode around Agatha, not just a few scenes; explore why Sharon became Power Broker; introduce the Kang variant before the finale.

Instead, in moving from the big screen to the small screen, the MCU has swapped one problem for another with the same result. 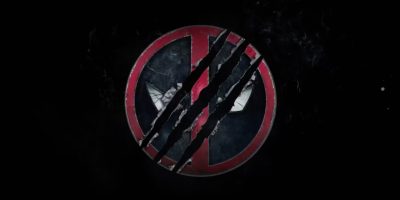 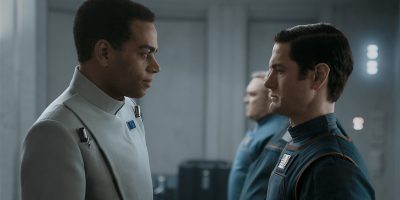