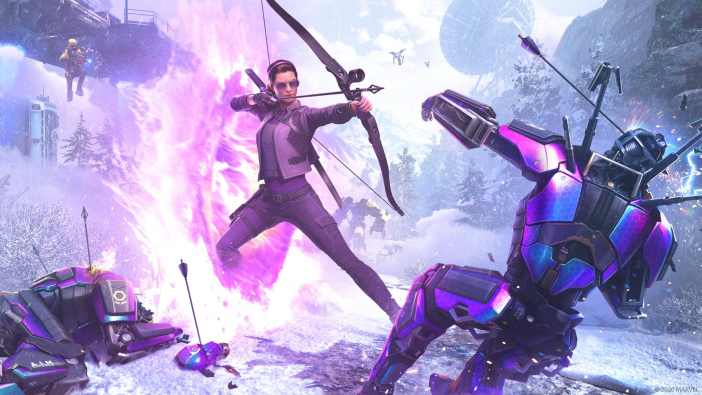 Square Enix has posted a blog update about future features in Marvel’s Avengers. Crystal Dynamics is working on features such as a ping system, the ability to replay the campaign with hero level and gear intact, off-screen and ranged enemy attack indicators, and more. However, the blog post also details the next-generation versions of Marvel’s Avengers on PlayStation 5 and Xbox Series X | S, as well as the upcoming Kate Bishop operation: Kate Bishop — Taking AIM — all of which is being delayed.

Taking AIM takes place shortly after the conclusion of the game’s main campaign and has been slightly delayed out of October. Additionally, Clint Barton will make his way to the game later, along with 2021 introducing another hero, region, and narrative arc.

Square Enix decided to delay the PlayStation 5 and Xbox Series X | S versions of Marvel’s Avengers so the development team at Crystal Dynamics could better deliver a truly next-generation experience. Players who own the game on PlayStation 4 and Xbox One will receive the next-generation upgrade for free.

Check out The Escapist’s review of Marvel’s Avengers and some of our contributors’ polarizing opinions on the game.