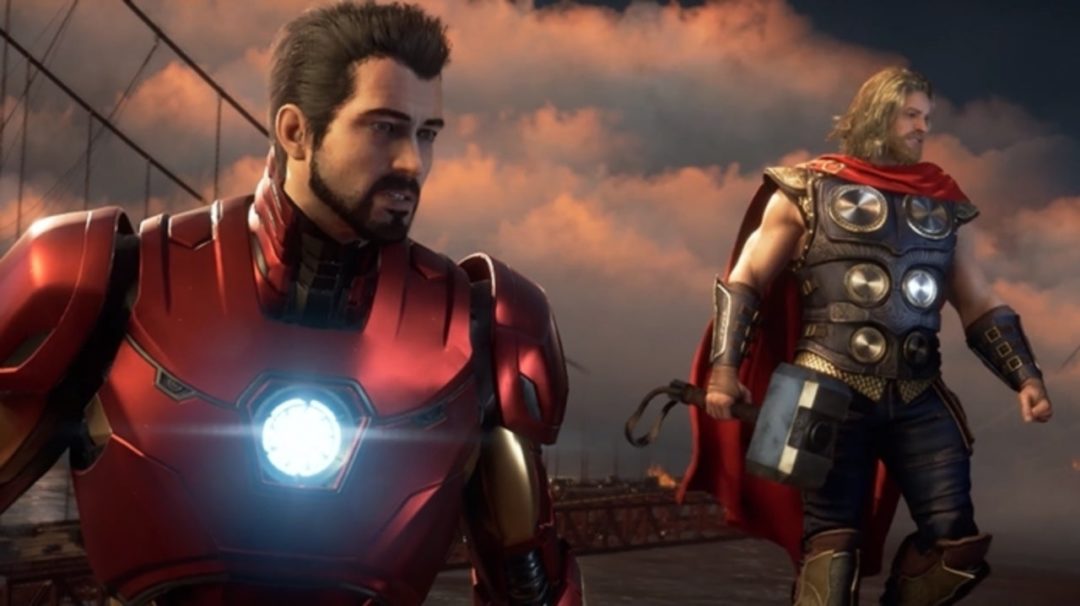 The Marvel Games panel at San Diego Comic-Con panel just wrapped up, and Square Enix and Crystal Dynamics brought tons of new information to digest about their upcoming Marvel’s Avengers.

Attendees were given the chance to check out what sounds to be the same gameplay demo showcased behind closed doors at this year’s E3. In short, the demo featured Hulk, Black Widow, Captain America, Iron Man, and Thor as they attempted to thwart an attack on the Golden Gate Bridge. Hammers were thrown and there was plenty of smashing, but the real meat of the panel came after the gameplay segment wrapped up.

Here we go! After an enthusiastic introduction, @GameOverGreggy has invited Marvel's Avengers Creative Director @ShaunEscayg to the stage.

Marvel’s Avengers’ creative director Shaun Escayg addressed concerns by confirming the game is story-driven. Players will be able to play many of the game’s missions with any hero currently available in their roster, though some missions will also be character-specific. Additionally, Escayg explained that the demo showcased was actually the game’s prologue chapter, which serves to introduce how the characters play.

Missions will occur “across the globe.” Whether you are playing on your own or with a friend, the team says the missions will be “challenging” and will encourage the use of unlockable skills and gear. The Twitter thread adds, “In the post-campaign world, play missions with any available Hero in your roster to defend the Earth from escalating threats,” the details of which will be revealed later.

During the panel, Escayg showed a video detailing customization options in the game. Along with being able to give heroes classic outfits pulled from “80 years of Marvel history,” new outfits have been designed for the game as well. Two outfits shown to the audience were Iron Man’s Original Sin armor and Hulk’s Joe Fixit suit.

At one point, the cast of the Avengers game also hopped on stage to give their thoughts on their roles.

The Marvel’s Avengers beta is coming to PlayStation 4 players first, and for those who were not able to make it out to San Diego this year, the gameplay demo will be uploaded online “the week after Gamescom finishes.”