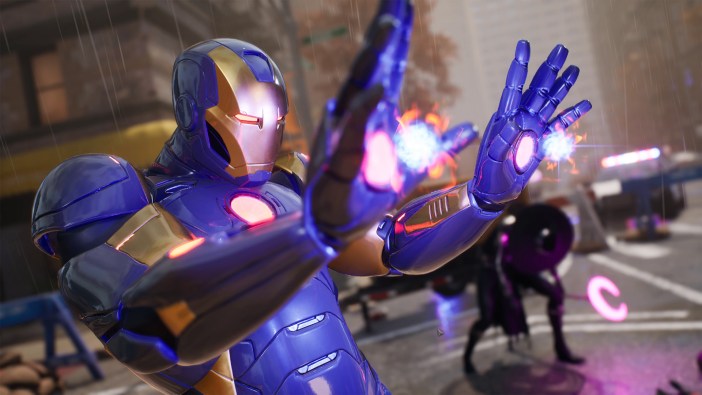 This article contains small spoilers for Marvel’s Midnight Suns in how it approaches the character of Tony Stark, Iron Man.

I don’t envy anyone trying to make a Marvel game. While actual licensed games based on the Marvel Cinematic Universe (MCU) are few and far between, Marvel has been quietly growing its roster of MCU-adjacent video games for the last few years. Whether they’re enjoyable but profoundly flawed Destiny clones, or two of the best action games ever made, none escape their theatrical counterpart’s $26.6 billion+ shadow.

Most Marvel games try to carve out an identity while sticking close to the breezy blockbuster baseline. Ultimately though, the Peter Parker that appears in the modern Spider-Man games isn’t fundamentally different from Tom Holland’s portrayal of the character. However, Marvel’s Midnight Suns goes a little further afield with some of its characters, especially the man that kicked off the MCU: Tony Stark.

There’s so much bad, quippy, low-stakes dialogue in pop culture now that it’s easy to forget how refreshing Iron Man was in 2008 — especially compared to the aggressively serious The Dark Knight, which came out the same year. Before then, Iron Man and Tony Stark weren’t household names, but Robert Downey Jr.’s incandescent charisma burned those names into the culture. He didn’t just define Tony Stark; he established the essence of the MCU — and American blockbusters in general — for a decade.

Unlike Spider-Man, who has many different, generational interpretations, Robert Downey Jr. is Iron Man, and Iron Man is cool. The MCU doesn’t have the flexibility for him to be anything else.

Marvel’s Midnight Suns throws all that in the garbage. 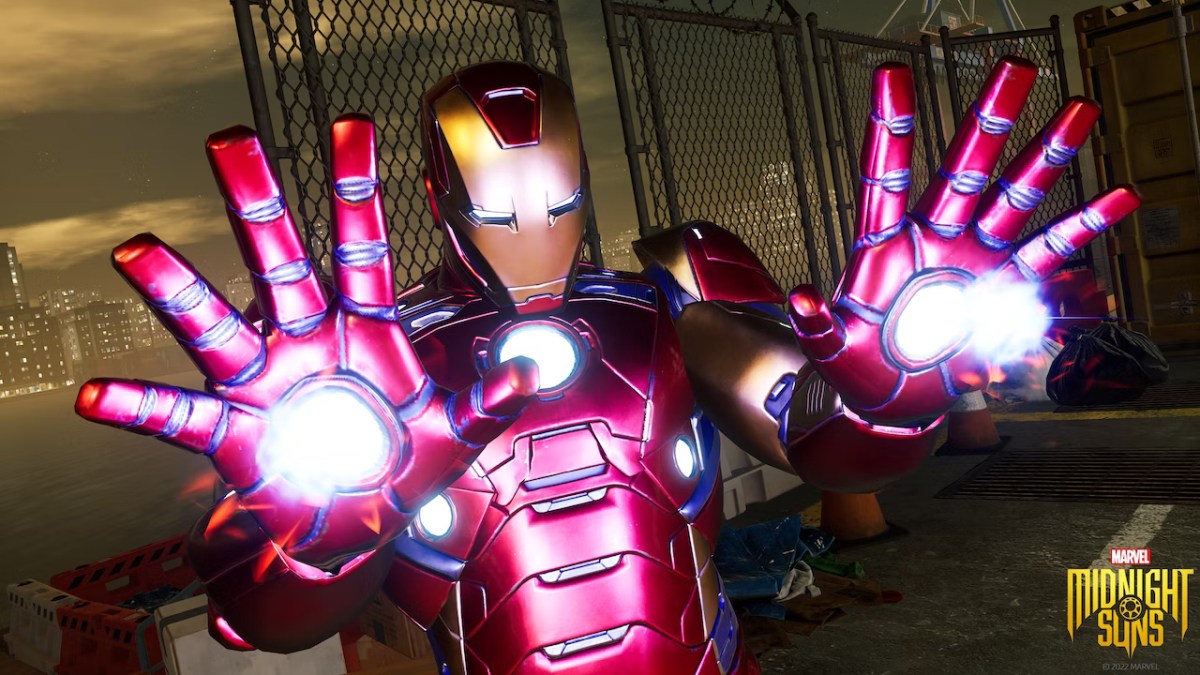 The version of Tony Stark you meet in Marvel’s Midnight Suns is familiar: He’s a rich white guy with a mustache in red-and-gold power armor who thinks he’s smarter than everyone else.

You can hang out with your team members between missions in Midnight Suns. The extra breathing room is baked into the design. It’s a tasty setup, considering Marvel’s always brought its characters down to Earth. One of the hangout options, Shop Class, is where you, Peter Parker, and Robbie chat and work on technical projects. It’s a nice place to hang out with two of the team’s younger members.

Until Tony Stark finds out about it.

Tony invites himself to join the club. He doesn’t consider this rude or weird. Robbie hesitates, but Peter is thrilled. They’ve never met in this version of the Marvel universe, and Parker fanboys all over him.

Except Tony doesn’t actually do anything. When you, Parker, and Reyes decide on a project to work on, the camera pulls back to show a time lapse of the three of you working away. Parker tinkers at his bench, Reyes messes around with his car, and the player helps them out.

But in an inspired visual gag — rare in video games — Tony just stands there, hands on his hips or thoughtfully stroking his chin, getting in the way of the other three heroes. It’s effective visual storytelling that tells you more about one character in five seconds than whole games with much more detailed character models. 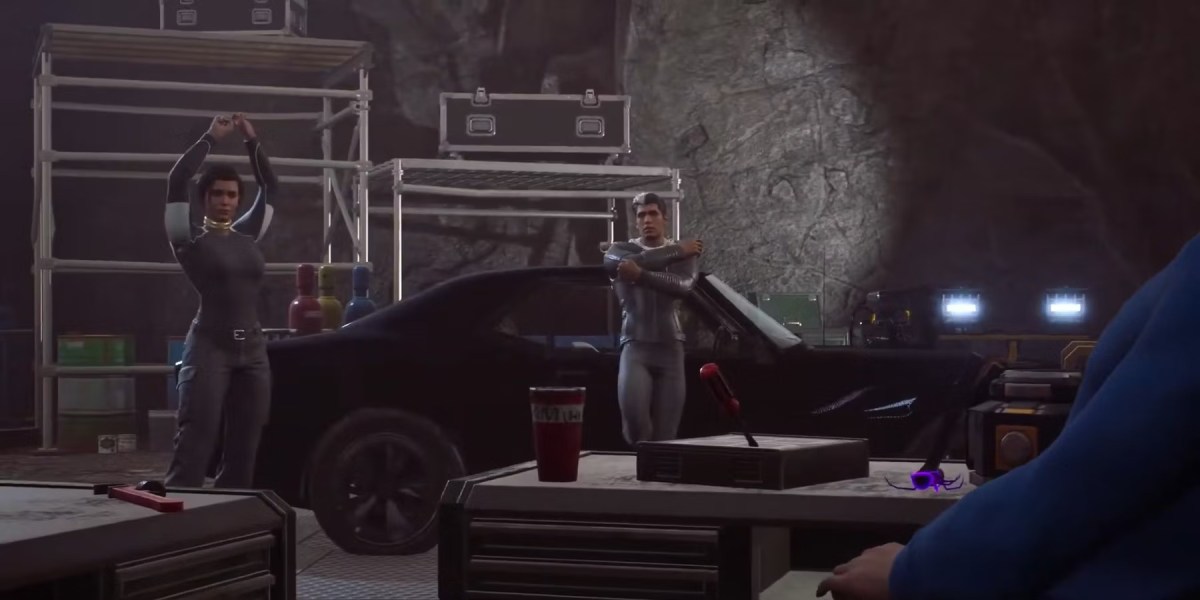 After a few nights of Tony “supervising,” the younger members of Shop Class arrive to find Tony has infested — sorry, invested — the workshop with brand new red-and-gold Stark tech. Parker and Reyes aren’t as grateful as Tony was hoping, and in the following time-lapse cutscene, the original Shop Class members hang out on the couch while Tony does all the work.

In the MCU, Tony’s tinkering is generally seen as positive. In Marvel’s Midnight Suns, Tony’s privilege ruins Shop Class: Reyes quits and Parker, too polite to say anything, lets Tony take over the group.

Because Marvel’s Midnight Suns is a video game, only you can solve the problem. You stage an intervention, and Reyes reveals why he hates Tony Stark: Years ago, Tony promised to build a factory in Reyes’ hometown and never followed through. The town’s economy collapsed, and Robbie’s family fell on hard times.

Tony admits he was wrong. He confesses he’s uncomfortable being “just an engineer” when he could be a CEO or a superhero. Tony tells the group the thrill he gets from being treated like a hero is better, and easier, than actually being one. Then, in a massive departure from his MCU counterpart, he makes good on his apology: The next time Shop Class agrees on a project, you all work together.

Do you get anything out of working through this story? A few extra items, I think. I honestly don’t remember. Shop Class to me became more about character and less about collecting things. It’s possible to skip this entirely — you don’t even have to join Shop Class — but if you’re looking to get more out of familiar characters than you can in an American blockbuster, Marvel’s Midnight Suns will oblige in its approach to Tony Stark.