The first year in pursuit of my Bachelor of Science degree was wrapping up and all of my classmates were fearing our organic chemistry final. Organic is often the sink-or-swim moment for premeds so there was understandably a lot of hair-pulling and nail-biting going on. Surprisingly, however, I was quite calm heading into the exam; one might even say exceedingly confident in my abilities as an organic chemist. The reason for this was not excessive studying (a handful of hours), nor was it the aid of a tutor (too poor). No, I learned the secret to mastery of organic chemistry back in the second grade.

If one were to visit a schoolyard during the fall of 1998 they would likely find it exceedingly eerie: no raucous games of tag, the soccer field bereft of any yelping children. Instead of these usual staples of kid-dom, children were huddled together in conspiratorial pockets, earnestly bargaining and confidently challenging while clutching their neon-colored Gameboys. The largest group of these Pokemon-players, of course, collected around the kid with the link cable, as he was the one who allowed all of these brokered battles to come to fruition. 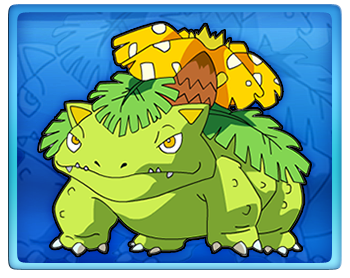 Linked battles, as I soon learned, were quite a different beast than the single-player experience. During my first playthrough of the game I had done as any boneheaded second grader would have: I took my starter Pokemon and repeatedly fought the same in-game battles until finally I stopped losing and won. This strategy, though effective in beating the computer players, was quickly exposed as a poor method when I fought one of my classmates for the first time. I had started with bulbasaur and, as a result, had very little difficulty in dispatching his first Pokemon, blastoise. Being perhaps more wise (or lucky) than I, he selected arcanine as his second Pokemon to face my fearsome venusaur. One fireblast later, I was packing up my lime-green Gameboy and wondering where it had all gone wrong, and if there was some way to replicate his success on the other side of the cable.

Of course the first revelation came with type advantages: grass destroys water but is burned by fire. Such nuance was mind-blowing to a seven-year old. The reason that I had been beaten was not because he had higher level, or better Pokemon. The reason that he had beaten me was that he had used the right Pokemon for the right job. I had built my team on the ideology that any-shaped peg, with a big enough hammer, will fit into a round hole; this idea had been disproven easily. I learned that Pokemon battles could be decided by strategy, and not strength alone.

Soon enough I had balanced my team to include a water type (arcanine-killer), a psychic (way overpowered in Red/Blue) and several others based on that first day I fought. It was once I had more than a handful of reasonable Pokemon that I realized that the paltry six slots allotted for your team was not enough to have a type advantage against every conceivable foe. Here I encountered the second revelation of Pokemon: One Pokemon can learn attacks of more than one type. I taught my gyarados fireblast and suddenly it became incredibly effective against the very grass Pokemon who sought to destroy it. Between these two revelations I built myself quite the reputation around the schoolyard.

Flash forward eleven years and I am in my first year of science at university, a young adult caught between the colliding worlds of dorm living (i.e. drinking) and difficult classes. My floormates and I are uneasily looking at the organic chemistry course that (if rumors are to be believed) fails more students than all our other courses combined. “Good luck,” the upper classmen told us with a smirk.

I began the course and it seemed to start out fairly easily. “Aha!” I thought after these first couple weeks, “they lull you into a false sense of security and then they spring the trap, that’s why there is such a low average in this class!” I believed this theory until a few weeks later when I compared notes with one of my fellow premeds. I was still finding the course to be pretty straightforward, and my friend (who was no slouch academically) was finding it impossibly hard. This discovery gave me pause, as both of us had been fighting for the best grades in the first semester. 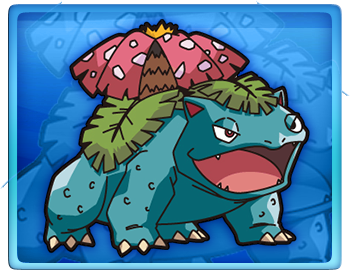 It was while taking a break from midterm studying to play my Japanese version of Heart Gold that I was struck by something. For the better part of a month I had been wrestling with what was so strangely familiar about the superficially arbitrary rules of organic chemistry, which was giving me a leg-up on my classmates. Waiting for the Pokemon center to finish healing my team I finally understood why this seemed so familiar: every molecule has a type combination, every molecule is weak to some reactions and resistant to others. Just like Pokemon.

Pokemon battles require you to defeat Pokemon A using Pokemon B; organic chemistry problems ask for you to take molecule A and make it into molecule B. Much like how there are several different moves that Pokemon B can use to defeat Pokemon A there are several different reactions that can be used to convert molecule A into molecule B. The real nuance in both cases, however, comes from understanding that some methods are more effective than others and adapting your actions accordingly.

Placing myself in the shoes of my elementary school opponent, venasaur is easily dispatched if arcanine uses fireblast. However, if arcanine elects to use only scratch I put its chances of defeating venusaur at slightly better than winning the lottery. Eleven years later (on my midterm exam) I was asked to produce an alkoxide from an alcohol, a relatively straightforward reaction. Consulting my Pokedex of organic chemistry I quickly found that sodium hydride at room temperature for a minute would be an ideal reaction to reach my goal. If, however, I was to attempt to use water I might be able to successfully perform the reaction, but I’m not sure that my profs would appreciate the miniscule amount of product. The difference between these choices is the same in both examples: one will result in passing and the other in failing.

When the final exam came around I entered the scheduled room as I had the first room of the Pokemon league. I came prepared with a small team of remembered molecules and a number of different reactions; I knew that some combination of my team could beat any question that the prof could ask. Having adequately prepared, each problem was dealt its “super effective” response and I left the room knowing that, despite a few small errors, this “elite four” of the chemistry world had been given its just desserts.

After working through this strange discovery of a cherished part of my childhood my opinion of chemistry changed for the better. A quick discussion with the chemistry advisor and I had changed my degree path radically. Even today people ask me why I switched majors to chemistry; my answer remains unchanged. In what other program do you get to be a Pokemon master?

Julian West is currently pursuing an honors degree in Chemistry at the University of British Columbia. When not concocting various potions he can be found playing Pokemon on his DS.