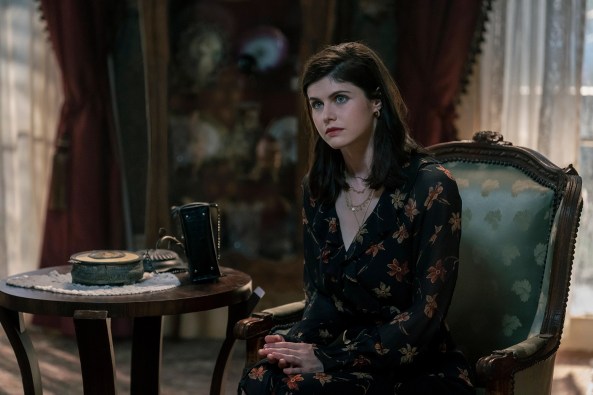 This discussion and review contains some spoilers for Anne Rice’s Mayfair Witches episode 1, “The Witching Hour,” which will premiere on AMC on January 8.

My hopes had run high for Mayfair Witches, the newest Anne Rice adaptation on AMC, after loving Interview with the Vampire. While I know that people tend to feel very protective when their favorite books are turned into movies or television shows, I’ve been surprised to see just how protective people can be over source material and how resistant they can be to any changes (see: Rings of Power discourse on Twitter, September 2022). We all want to protect what we love, even if the thing we love is a work of fiction.

Adaptations can, obviously, be hit or miss. I have not read the Lives of the Mayfair Witches series, not yet anyway, so I can’t speak to whether or not the television series is a faithful retelling of the novels — but I do understand the desire to preserve Anne Rice’s original creations. However, while the urge to gate-keep a source material like a beloved book can seem almost instinctual, it’s really a waste of time; whether or not an adaptation is any good really doesn’t take any value away from the original work.

It’s clear that no expense was spared on sets, props, lighting, and costuming in Mayfair Witches and that the show has a precise aesthetic; it’s an aesthetic that fits in well with the world created in Interview with the Vampire, too. The premiere episode of Mayfair Witches, “The Witching Hour,” mainly serves to introduce us to the characters and to provide quite a bit of exposition. It can be said that the city of New Orleans, much like in Interview, works as its own complete character here. Each setting has a unique color palette, with New Orleans filmed in dreamy warm yellows and greens. There are houses with sprawling vines and imagery that calls to mind other common descriptors of New Orleans: lush, lively, fanciful — dare I say magical? 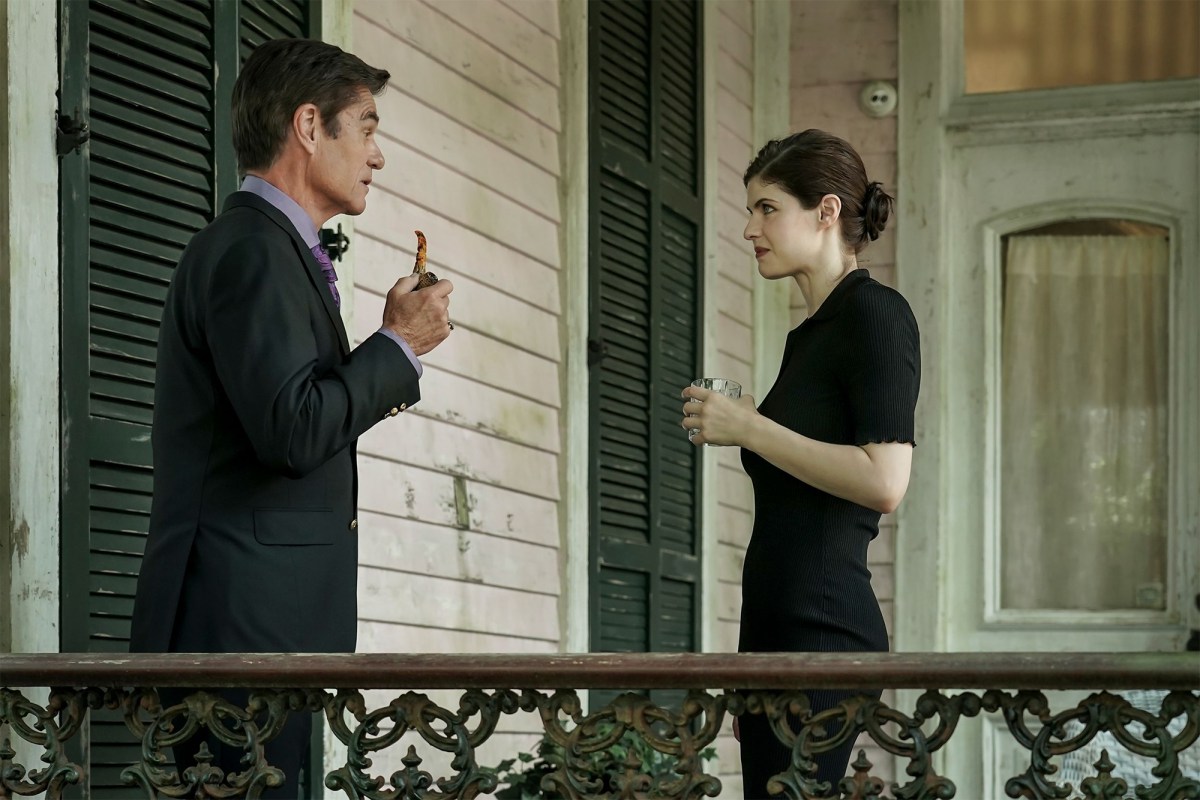 If New Orleans is a character, then so is the bleak city where our protagonist resides. It’s in this setting of blues and grays, interiors of hospitals as bland as they come, with cloudy outsides to match, where we meet Rowan Fielding (Alexandra Daddario) and her mother (Erica Gimpel). Rowan lives on the water — on a boat, actually — and the first outfit we see her in is a light blue sweater and a blue Vans beanie. It basically matches the setting, and right away I had to wonder if the set dressing and costumes are actually going to be doing most of the work here. Like someone made a Pinterest board of their ideas for each storyline and really stuck to it.

Strong aesthetics is something that AMC always does well in its TV shows — Mad Men is the obvious example — but something about the stark contrast between New Orleans and wherever it is that Rowan parks her boat seems a bit heavy-handed. I think viewers would understand without the visual smack in the face: Where Rowan lives now is dull and uninteresting, New Orleans is the polar opposite. I loved the environmental storytelling in Interview with a Vampire, but in the Mayfair Witches pilot, it comes across as an unnecessary expository layer.

Alexandra Daddario’s Fielding is nervous, just short of twitchy, and presents herself to others as a bit naive. It soon becomes apparent that Rowan is actually quick-witted and knows when to play dumb — usually around men she needs to keep on her good side. Even without having read the book, it’s obvious that Rowan Fielding will soon find out that she is a witch. When she accidentally gives her boss a brain hemorrhage, it reminded me of those corny scenes in medical dramas like House, where suddenly you’re able to see the inside of a brain as a detrimental, painful medical event takes place. 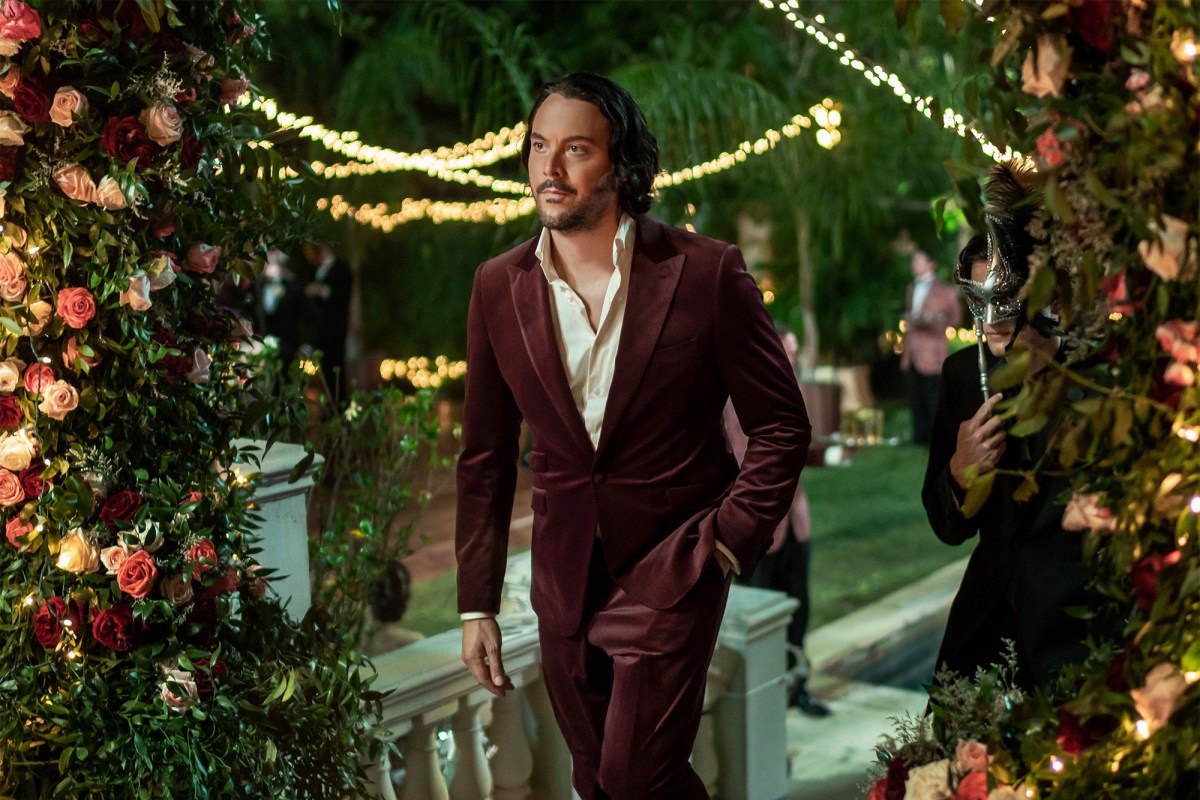 Rowan begins to question whether or not she has any sort of supernatural power. Her adoptive mother, the only person in her life who knows the truth about Rowan, is dying. The very first shots in “The Witching Hour” bring us to a hazy New Orleans, to a catatonic woman, Deirdre (Annabeth Gish), being visited by her doctor. It absolutely did not surprise me that, by the end of the episode, it is confirmed that this sickly woman has an important, specific connection to Rowan. We learn Deirdre’s story, where we’re also introduced to Lasher (Jack Huston), who will clearly be the antagonist of this eight-episode series.

Despite not having read Anne Rice’s Lives of the Mayfair Witches, I mostly feel like I know where this show is going to go. I was disappointed by the predictability of this premiere episode, particularly involving Rowan and her handing out brain hemorrhages. It’s definitely a cool power to have, and so far everyone on the receiving end of her powers has definitely deserved it. But the way it plays out is so predictable.

I have nothing disparaging to say about Daddario — she plays this lead well. I can’t say how Rowan was written in the books, but show-Rowan seems like she was written by a teenager. She’s a neurosurgeon, who lives on a boat, who has the power to seriously harm any man who insults her without touching them. Not only that, but she dresses well, she seems really cool, she has a great relationship with her mother, and she seems to lack romantic attachments (meaning she has a lot of casual sex). 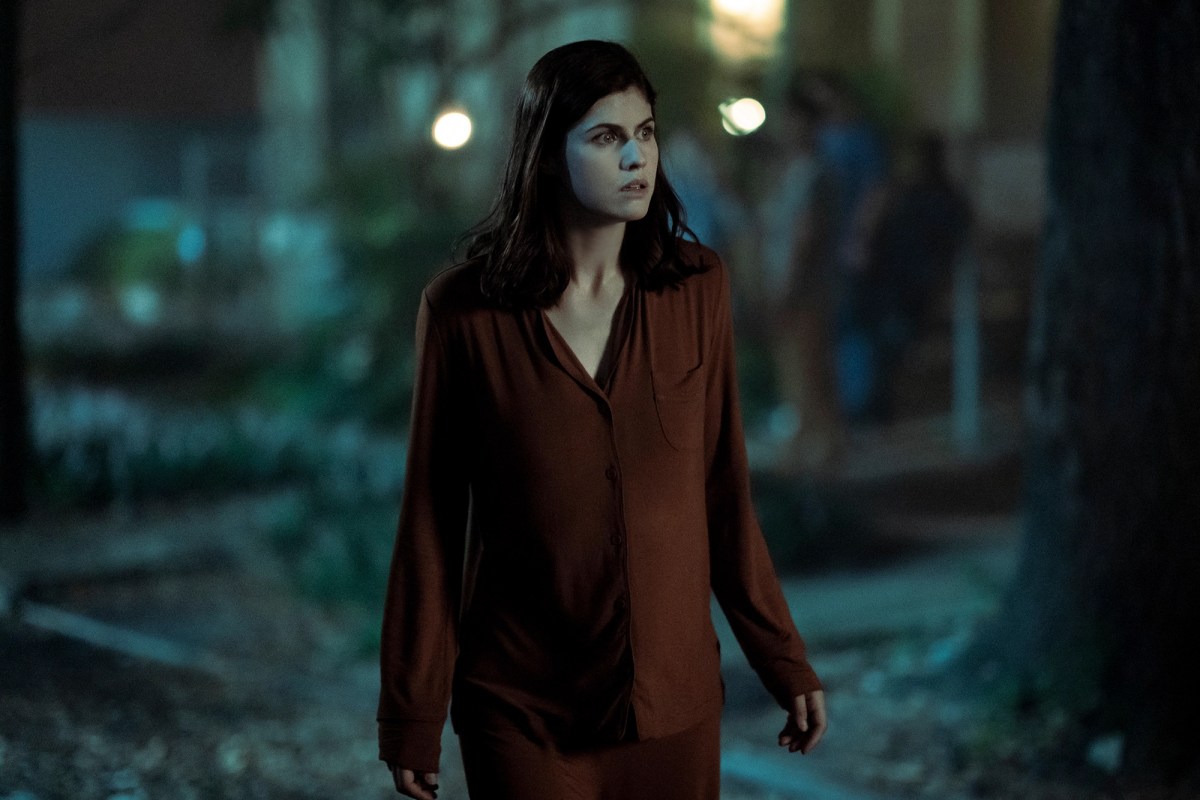 I’ll keep watching Mayfair Witches, out of curiosity and a love for beautiful sets and design, but my expectations are a lot lower than they were prior to watching the first episode. We already have Sabrina and Wednesday on Netflix: I don’t really need another witchy-gothy teen melodrama, and I don’t want Mayfair Witches to feel like something that could be airing on The CW. It’s feeling dangerously close in the premiere episode and not in a fun, campy way.

Let’s hope that this Anne Rice adaptation can pick it up a notch and give us another good, mature show. We have seven episodes to go, and we all know AMC is capable. There could be a good story here about the powers women contain within themselves, about passing down history, about maternal relationships and misogyny. Whether this story will be told through entirely predictable medical event-superpower sequences and fuzzy flashbacks remains to be seen — I’ll try to have faith that there will be some actual mystery to it. And even if the show is bad, I’ll still probably read Lives of the Mayfair Witches someday; whether or not this television adaptation is any good, it’s still piqued my interest in the source material.