I don’t know how slimey marketing techniques work around the world, but in the United States most retail outfits have some variant on the “rewards card” idea. The store assigns you something with the same dimensions as a credit card, which uniquely identifies you to the store. At checkout, the cashier scans the card. This gives the company a complete record of what items you buy, what locations you frequent, how you pay for things, when you shop, how much you spend, and how you respond to sales. This information is powerful. The retailer can sell this information. They can use it to better target their advertising. They can use it to fine-tune their sales. 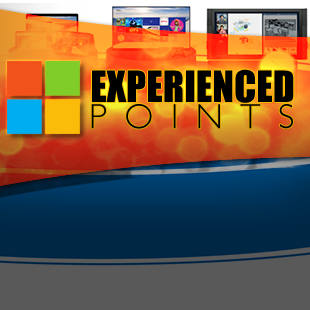 Of course, the card is less than worthless to you. It’s an unwanted hassle. It takes up space in your wallet, it’s an extra step in the checkout line, and it’s yet another privacy concern for you to worry about. If this was all the card had to offer, then no sane person would ever bother with them. Companies know this, and so they offer discounts to people who use them. Essentially, they’re paying you for the hassle and invasion of privacy. Companies understand that you need to sugar-coat their medicine if they want consumers to swallow it. Especially if the “medicine” is actually bad for the consumer. (Aka poison.)

Now imagine if a company offered one of these cards, except they didn’t offer any discounts. In fact, using the card actually damaged the things you bought. The card invades your privacy, makes shopping a hassle, and makes products inferior. Now you have something approaching the ugly, unwelcome, and vaguely predatory Universal Windows Platform initiative that Microsoft is rolling out. It’s like the Apple App store, but for the PC, and way worse.

It’s a problem similar to the mistakes made by UPlay and early-period Origin. They looked at the DRM and data-harvesting abilities of Steam and decided they wanted a piece of that action, but never really worked out what made the platform useful to consumers. They rolled out platforms that were only a benefit to them, and left out the features that would benefit us. It was all poison, no sugar.

UWP is arguably worse than either of these. Yes, worse than Uplay. Check out this list of anti-features:

This is just a partial list of drawbacks. You can read the full list here. It’s like having all the limitations of a console without the comfort and convenience. It’s the worst of both worlds.

But that’s not the biggest problem with the Windows store and Microsoft’s plans to try and make it a walled-off gaming platform that they control. The biggest problem is Microsoft itself. This is a platform by the people who brought us Games For Windows LIVE, which is literally the worst thing to happen to digital delivery, digital storefronts, and one of the all-time low points of PC gaming as a hobby. GFWL was a disaster of broken technology, unreasonable hassle, and anti-consumer policies. It had a “cloud save feature” that sometimes deleted all of your save data. Other times it would overwrite your most recent save with old saves from the cloud, thus destroying hours of progress. It would demand you log in to play a single player game, and then lock you out of the game even when you had the right credentials. It crashed games. It gave confusing error messages. It booted you out of the game you just launched because it insisted on updating itself. It required multiple reboots for updates. Note that I’m not talking about sob stories I read on Reddit. These are all things I’ve experienced personally, over the course of several years, across multiple computers. And it’s not even a full list! 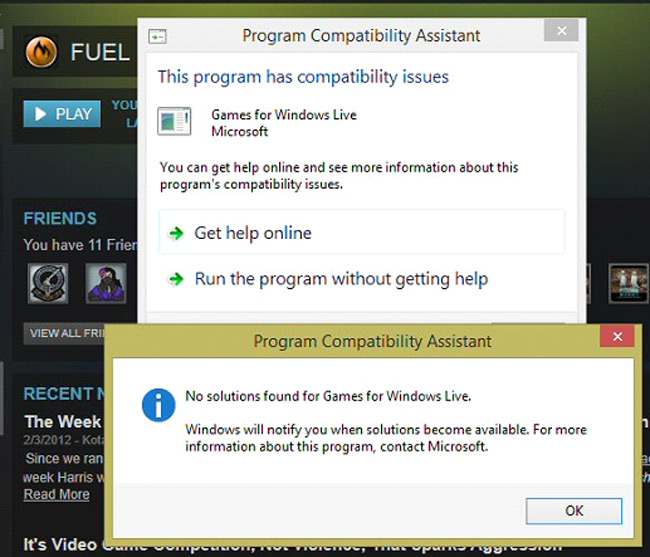 The point is that Games For Windows LIVE was a monster. I’ve literally had malware that was less harmful and disruptive. Microsoft dumped this mess on PC gamers, pushed it for several years, and then quietly dropped it once it was clear PC gamers weren’t going to put up with it. Microsoft never apologized. They never indicated that they’d learned their lesson, or any lesson. Worst of all, Games For Windows LIVE is still attached to a lot of old games, still causing problems for people today. My beloved FUEL is one such game. It’s a one-of-a-kind game, and I can’t play it. Microsoft knows it, and they don’t care.

So after making such a mess of PC gaming, Microsoft now wants to roll out a new platform that has even more power and control than GFWL? These clowns want to be the ones to curate PC gaming in the future? The mind boggles. And on top of this, they still haven’t figured out that they need to sugar-coat their poison. What does Windows 10 store have to offer the consumer? What does it do that Steam doesn’t do a hundred times better? What could they possibly be bringing to the table that would justify them keeping 30% of the sale price? 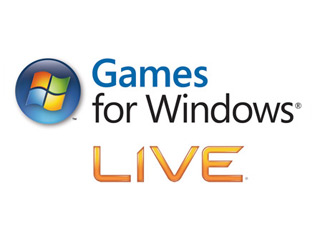 This clumsy grasping for control over the user’s machine is one of the major things that harmed the Xbox One. And now Microsoft is trying the same thing, on an even larger scale, on the platform where freedom is a major selling point. It’s like if you roll out a brand of hamburgers that taste terrible and make consumers sick, so you turn around and market it to vegans. What are you doing, Microsoft? This is madness.

I’m not the only one who sees this move as offensive. On the developer side, Tim Sweeny says that UWP is so bad that we must fight it. (“We”, meaning developers in this case.) Note that Sweeny is co-founder of Epic Games and the creator of Gears of War, an Xbox platform exclusive. Sweeny isn’t lambasting a rival company, but biting the hand that feeds his company. And like the Windows 10 store, he’s not sugarcoating anything. (Although given the performance of the Xbox One, maybe Microsoft needs Epic more than the other way around.)

I imagine their short-term plan is to leverage platform exclusives. That’s the refuge of all systems that have nothing of value to offer the consumer: Manufacture value by stealing it from a better product. That will win you some early adopters, but you can’t build a platform on exclusives. Particularly not when the competition (Steam) is deeply entrenched into both the market and the culture. Particularly not when the PC market is awash in cheap games.

Sooner or later, you need to have something to offer the buying public. I suspect Microsoft is going to fail to learn this lesson a second time, and they’ll probably ruin a couple more games in the process.