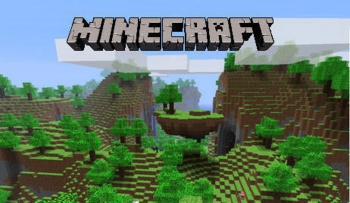 Minecraft Pocket Edition is now officially the biggest of them all and Mojang is celebrating with an “ask the devs (almost) anything” next week.

The Xbox 360 edition of Minecraft recently broke 12 million units sold, a remarkable figure by any measure. The PC release is even bigger, moving past 14 million units in February. The PlayStation 3 version only broke a million in late January, but it wasn’t released until December 2013, so that’s fair. And yet the Minecraft Pocket Edition dwarfs them all, as developer Jens Bergenstein tweeted earlier today that it has now surpassed 21 million units sold.

To mark the occasion, Bergenstein, along with Minecraft Pocket Edition developers Johan Bernhardsson and Tommaso Checchi, will take part in a live broadcast from the Mojang office on Reddit.

“We’re hoping to harness the collective power of our Pocket Edition players to submit questions to this reddit thread. Then we’ll pick the best ones and put them to the team live on air,” Mojang wrote. “This is all in celebration of hitting over 20m sales of Pocket Edition just a few days ago. We’re extremely grateful to all players for your dedication and creativity. Without that, Minecraft wouldn’t be anywhere near as significant as it is today.”

The timing of the AM(A)A hasn’t been locked down but a recording of the session will be uploaded after the fact.

Eight Minute Empire: Legends Review – Does What It Says On The Tin