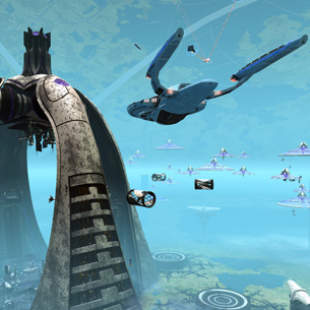 Perfect World Entertainment has announced the launch of an internal console division aimed at bringing its free-to-play MMOs to new audiences.

If you’ve ever dabbled in the free-to-play MMO market then you’re probably no stranger to Perfect World Entertainment. The publisher behind games like Star Trek Online and Neverwinter, it’s a company that has its hand in a lot of gaming pots. Pots that it apparently wants to start filling with the dollars of console gamers.

In a new announcement the company revealed that it’s investing in a new division that will focus on bringing its MMOs, both old and new, to consoles like the PlayStation 4 and Xbox One. “We are looking at this medium to better connect with gamers,” said Andrew Brown, general manager of publishing at Perfect World. “The opportunity to work on new types of projects with developers from all over the world is really exciting for us as a company. We are confident in our outlook entering into this new business, and you can expect Perfect World to be a major player in the console marketplace.”

PS4 owners are actually already the beneficiary of one such PC-to-console port. Blacklight: Retribution, an online first person shooter published by Perfect World, has been available on the PS4 since its November 15th launch. That said, Perfect World actually had nothing to do with that particular port which was handled entirely by the game’s developers at Zombie Studios. Going forward, we can only imagine the company will be taking a more direct hand in making the games under its umbrella more console friendly.